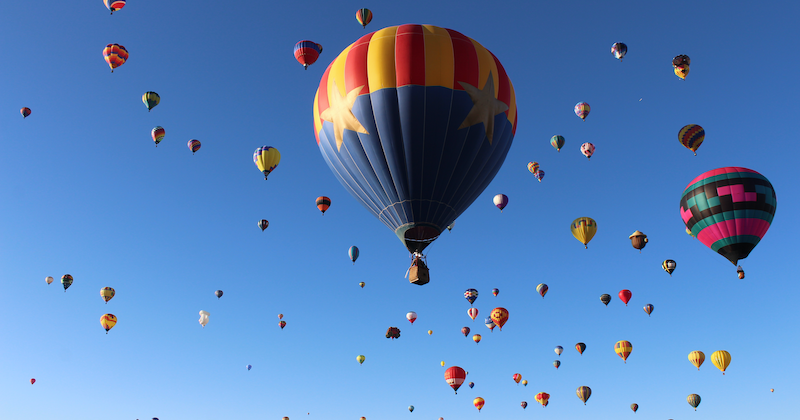 Where to travel in September

Our top picks now the school holidays are over

Our top pick for a late summer city break is Zadar in Croatia.

Already one of our fastest-rising destinations for travellers in 2022, it may be too late to call it 'undiscovered', but it's still a lot quieter than better-known Split or Dubrovnik. The city benefits from new flight routes but few or no cruise ships in the harbour, so you'll be sharing the city with locals and visitors here for the duration more than day-trippers rolling off a boat to dash through the highlights in a couple of hours. That makes for a more laid-back experience while you take in everything Zadar has to offer.

The old city is 3000 years old (yes, you read that correctly) and boasts a mix of well-preserved Roman, renaissance and medieval. From the Roman forum to the 9th century Christian church or the Venetian arsenal overlooking the bay – all a comfortable stroll from each other. Paklenica National Park is half an hour north of the city, with astounding lakes, waterfalls, caves and canyons, and there are plenty of islands in the bay to pootle around in a small boat. Taken together, it makes for a delightful long weekend or a relaxing week, so if you're looking for a new city to explore this is our top tip of the season.

Croatia comes 25th on our Good Trip Index, doing especially well on animal welfare, so it's a good choice for a responsible holiday too.

Where did everybody go?

Varadero is one the fastest-rising destinations this year. See where else everyone is going this year and get in on the action!

Go for a proper adventure and head out into the wilds of Mongolia to see the Golden Eagle Hunting Festival.

This annual spectacle takes place in Bayan-Ölgii province, about a thousand miles from the capital Ulaanbaatar. It's held at the very end of September and the first few days of October, but since it takes a fair bit of planning to get there plus at least a day's travel, we'll tell you about it now.

The festival celebrates the traditional Kazakh culture of golden eagle hunting. It takes place just before hunting season itself, so you won't ordinarily see any actual hunting. Instead the participants showcase their skills and the bond between hunter and bird, and visitors are unlikely to have to watch any animals come to harm during a hunt.

Eagle hunting is generally considered a relatively responsible use of captured animals – the eagles themselves are kept very well. They're released within breeding age so the captive population doesn't threaten the wild, and the popularity of the festival appears to have even increased local eagle populations as hunters can make a comfortable living through the festival itself.

Since the festival takes place in autumn after a long summer of idleness for the eagles when there's no hunting to do, the first few days often involve the eagles simply ignoring the commands of the hunters as the bonds are re-established, to the hilarity of both the locals and many among the audience.

Despite the name, Oktoberfest happens in September, making this the perfect time to head down to Bavaria and get your oom-pah on.

The world-famous beer halls will be packed to the rafters, so book ahead and make sure you're happy with the biggest crowds Munich has seen since 2019. But if that's your thing and you want to join in with this renowned celebration of Bavarian culture, it's back in a big way this year.

Oktoberfest is about more than just the beer, of course. It's a folk festival, a travelling fairground and a chance for everyone to dress up in traditional costume and play and sing their hearts out.

Our guides to Germany

We've been everywhere, Germany included - join us as we explore Berlin and Hamburg by video

A huge and beautiful Mediterranean island, it's not obvious why Sardinia hasn't been a top UK holiday destination all this time - but this year it's shot up the ranks as more people have been heading out there, so it's our pick for autumn sun this September. Reliable weather, stunning scenery and 1500 miles of coastline, the interior is dotted with Bronze Age nuraghi – mysterious beehive-shaped ruins that pop up everywhere. The mountainous interior, winding alleyways of the capital Cagliari and the famous cuisine all combine to make for a great week away, no matter how you want to spend it. As summer turns to autumn the weather's just right to head out here now while it's quiet and enjoy the sunshine in peace.

Our guides to Italy

We don't have a Sardinia guide – yet – but join us as we explore the great Italian citybreaks in Rome, Pisa, Venice and Florence.

Norway comes way up our Good Trip Index in 5th place, with the highest press freedom in the world and second only to Switzerland for the rights and quality of life for women.

We had to recommend it sooner or later, and September is the sweet spot for Norway – not yet spiralling into the truly daunting Norwegian winter, but outside high season so there's a chance to enjoy the fjords uncluttered with school trips.

Arrive at the end of September for the Albuquerque Balloon Festival at the start of October, a uniquely American spectacle in which more than 500 balloons take off in New Mexico to sail over the desert.

If you've been following Better Call Saul or its predecessor Breaking Bad you may have a hankering to head out to New Mexico and trace the footsteps of lawyers and crimelords alike (just don't throw a pizza on the roof of Walt's old house, apparently the homeowners are pretty sick of it).

And this is the perfect time to go. The weather settles down from the summer heat to become pleasant and hospitable, the city is ready to receive visitors (more than a million come to watch the balloons in a normal year) and the spectacle is like nothing else on Earth.