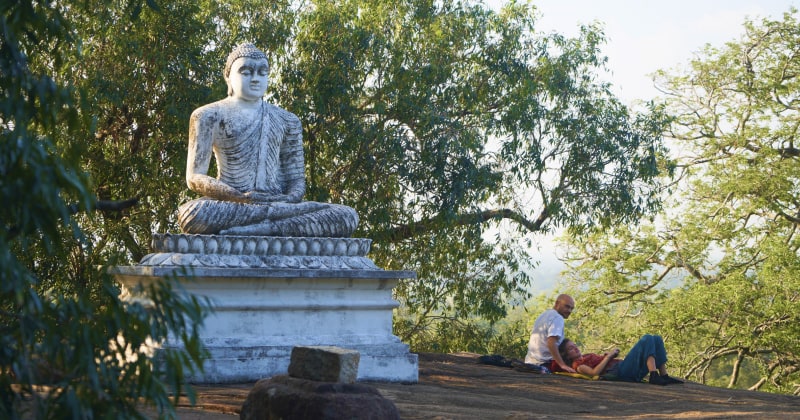 Taking your family on a magical trip of a lifetime? We'll help you decide which parks to visit, how to get there and give you tips on how to make your money go further.

Guide to Disney and the parks

Top things to do in Orlando

Places to visit from Orlando

What time is it in Orlando?

What currency do they use in Orlando?

What US state is Orlando in?

What power adapter do you need for Orlando?

Type A and B

How long is the flight to Orlando?

Current testing requirements for the USA

What's the best time of year to visit Orlando?

The best time to visit Orlando is from March to May. The temperature is pleasant and not as hot as the height of the summer, plus the parks are a little less crowded outside of the US holiday season. Typically the peak season in the US is between Memorial Day at the end of May and Labour Day at the start of September and this is when most US families will go on vacation.

Orlando is generally warm all year round - with average temperatures between 21 and 33C. Though it's warm it does get periods of heavy rainfall and is also at risk of hurricanes during hurricane season.

The rainy season runs from around May to October and during this time there will be almost daily showers. These tend to be short and sharp leaving the rest of the day sunny and bright.

When's the cheapest time to go to Disney World?

The cheapest time to go to Disney World is usually from January to February. The first US Public Holiday is President's Day and this is usually when things start to pick up. The next cheapest is late August to September when the school holidays start to wind down.

It can also be cheaper on weekdays from October to December but avoid times like Halloween, Thanksgiving and Christmas.

Is it better to stay at Universal or Disney?

There isn't a wrong answer here, it depends on your children's age (if you're going with children!) and which franchises interest you more. Universal is generally cheaper than Disney, but a trip to Orlando can easily be split across the two resorts and this is often the best way to see the parks.

Universal is home to Harry Potter, plus a range of thrill rides and other movie franchises so it lends itself towards a slightly older age range. Universal has eight on-site resort hotels, the CityWalk shopping area, two theme parks and a water park.

Disney is perhaps better for younger families, though it's a magical experience for all. It is also the home of Star Wars which of course appeals to all ages. Disney has 25 on-site resort hotels and the Disney Springs shopping area, four theme parks and two water parks.

London Heathrow and Manchester are the two main UK airports with direct flights to Orlando all year round. They're operated by Virgin Atlantic and British Airways.

Other UK airports that operate direct flights to Orlando seasonally:

Can you get around Orlando without a car?

Like many places in the USA the city is very much set up for travel by car with public transport more of an afterthought. But that doesn't mean it's impossible to travel to Orlando without a car - there are a few options. Here's how you can get around Orlando:

Hiring a car for your trip is by far the easiest and most convenient option for getting around - especially if you want to visit other attractions outside of the city. Driving in America is easy once you get used to it, the roads are wide and usually well maintained.

Top tips for driving in Orlando

If you're certain you don't want to hire a car (or aren't able to) then the best way to get around Orlando and to the parks is by the LYNX bus.

LYNX has a request stop system. You have to clearly signal to the driver if you want to get on, and ring the bell when you want to get off. All LYNX buses are fully accessible and wheelchair friendly.

You can download the LYNX Paw Pass App to buy digital tickets which we recommend over purchasing physical tickets.

Riders ages six and under ride free when accompanied by an adult - up to three children can ride free per adult.

There are discounted rates for children and seniors but you need to apply for a pass to prove this. Find out more.

Which LYNX route do you need?

Taxis are readily available in Orlando and you can also use Uber or Lyft. If you're taking a taxi frequently it can be more expensive than hiring a car, but it's a good option if you're making short journeys or travelling outside public transport times.

Book your cheap airport transfers from Orlando International Airport through Holiday Extras from under £15, with FREE cancellations up to 3 days before departure.

Book your USA car hire, with prices starting from just £27.13 per day with FREE cancellations*

A quick guide to the theme parks

Magic Kingdom is where you'll find the iconic Disney Castle and meet all the much-loved characters themselves. There are classic rides like Jungle Cruise, It's A Small World and The Haunted Mansion - plus plenty of other rides and attractions.

EPCOT is split into four neighbourhoods - World Celebration, World Discovery, World Nature and World Showcase. The neighbourhoods each have a different theme and the largest of them is the World Showcase where you'll find the 11 country pavilions. There's a new 4D adventure based on the film Ratatouille and it's the future home of the new Guardians of the Galaxy: Cosmic Rewind ride.

Animal Kingdom is (as the name suggests) Disney's animal themed park where you can go on safari, take a river cruise, trek through the jungle and go on an expedition on Everest. You can also explore Pandora, the world of Avatar - including the popular Avatar Flight of Passage.

Disney's newest arrival is Star Wars: Galaxy's Edge found at Hollywood Studios. You can fly the Millennium Falcon on a Smuggler's Run or join The Resistance and help take down the First Order. There's Star Wars themed food, shops and one of the coolest experiences yet where you can build your very own lightsaber at Savi's Workshop.

Universal Studios is home to one of Orlando's hottest new attractions - Harry Potter and the Escape from Gringotts™ (think fire-breathing dragon). There are also rides based on Despicable Me, Fast and Furious, The Simpsons and Men in Black.

Islands of Adventure is our top pick for teenagers as it has a great selection of thrill rides sure to get the adrenaline going. Popular rides include Jurassic World VelociCoaster, Jurassic Park River Adventure, Hagrid's Magical Creatures Motorbike Adventure™, Dudley Do-Right's Ripsaw Falls®, The Incredible Hulk Coaster®, The Amazing Adventures of Spider-Man® and Harry Potter and the Forbidden Journey™.

Harry Potter fans won't want to miss a trip to Universal as it's home to The Wizarding World of Harry Potter. The attractions are split across both parks - Universal has The Hogwarts Express and Escape from Gringotts™ and Islands of Adventure has the Forbidden Journey™, Hagrid's Magical Creatures Motorbike Adventure™ and a trip to Hogsmeade.

Blizzard Beach can be found between Animal Kingdom and Hollwywood Studios. Though it may be called Blizzard Beach, don't worry all the pools are heated - apart from melting snow in the ice cave.

For the smaller kids there's Tike's Peak and for the bravest out there we challenge you to the 12-storey freefall on Summit Plummet.

Volcano Bay is Universal's tropical-themed water park - found right next door to the main theme park. You can rent a cabana and chill out on Waturi beach, or you can experience the thrills of the Krakatau Aqua Coaster.

Top things to do in Orlando that aren't Disney

Looking for something to do on a rainy day in Orlando? Head to the Orlando Science Centre - there are tons of exhibits to keep kids and adults entertained including dinosaurs, live animals, interactive displays and 3D films.

The Wheel at ICON park

See Orlando and the parks from a different angle and take a ride on The Wheel at ICON park. The Wheel is a 400ft ferris wheel that opened in 2015 with 30 capsules and great views of downtown Orlando and further out into Florida.

ICON park itself has loads of shops, restaurants and attractions and is well worth a visit on a day away from the parks.

Another great option for a rainy day is the Orlando Museum of Art. The museum runs a number of great events like the Festival of Trees in November and Art in Bloom in March.

The best time to visit the museum is on the first Thursday of the month as from 6 to 9pm there's live music and local artist displays.

Where to visit outside of Orlando

Kennedy Space Center is probably the biggest attraction for those visiting Orlando outside of the theme parks. If you time it right you might even get to watch an actual rocket launch.

But even when there aren't rockets launching there's plenty to do to make it a great day out - discover more about NASA and the space race and find out how humanity might make it to Mars.

You can even book a round-trip from Orlando including entry tickets and lunch with an Astronaut.

Around 4 hours from International Drive

The Everglades National Park is a 1.5 million-acre wetlands preserve home to many animals including endangered leatherback turtle, Florida panther and West Indian manatee. Most people of course associate the Everglades with alligators and one of the best ways to see them is by going on an airboat adventure.

The Everglades themselves are much closer to Miami as they're in Southern Florida but that doesn't mean you can't visit on a day trip from Orlando.

Central Florida Zoo is home to over 500 animals including giraffes, rhinos, cougars and alligators. There are also 23 hectares of gardens to explore, an aerial adventure course and live animal encounters.

Head to Boggy Creek if you want to get the wetland airboat experience without the long day trip to the Everglades. There are gator ponds, a gem mining experience and a Native American Village.