Welcome to our Guernsey travel guide – one of the best places to find out everything you need to know about exploring this fabulous island.

Top things to do in Guernsey

What to eat in Guernsey

Where to stay in Guernsey

What time zone is Guernsey in?

What currency do they use in Guernsey?

What language do they speak in Guernsey?

What power adapters do you need for Guernsey?

What is the average fight time to Guernsey?

Guernsey is the second largest of the Channel Islands after Jersey, and while part of the British isles it's actually far closer to France – just 30 miles off the coast of Normandy.

While Guernsey generally refers to the island, there are a number of smaller islands including Sark and Herm which together make up the Bailiwick of Guernsey – home to around 60,000 people.

Does Guernsey use the normal pound?

The Guernsey pound is the official currency of the island, although you can use UK coins and notes there. The only difference is that Guernsey money isn't legal tender in the rest of the UK, but you can freely exchange it in a bank.

Guernsey, along with its fellow Channel Islands, has a milder climate than what we're used to in the UK. That being said, it's not hugely different. You can expect warm summers, sometimes hot, with some rain too – just like home.

It rarely drops below freezing in winter and snow seldom occurs, and if it does it usually won't settle.

Do they speak English in Guernsey?

Though everyone on the island speaks English, there is a local language called Guernesiais. It's a variation of Norman French and lots of poetry and literature from the island is written in it. It's not widely spoken however.

Getting to Guernsey from the UK

The easiest way to reach Guernsey is to fly – it takes about an hour to reach from the UK.

Driving around the island is pretty simple and you can bring your own car if you're travelling to Guernsey by ferry. Or you can hire a car.

The maximum speed limit on the island is 35mph, but it drops in more built-up areas and villages. You'll need to drive very carefully as many of the roads are narrow with blind bends. It's also a good idea to keep an eye out for cyclists and horses.

Guernsey has a modern and efficient bus network that serves the majority of the island, including many of the attractions, beaches, towns and villages.

There are 750 bus stops on the island and you'll need to signal the driver with a wave to let them know to stop – at night use your phone screen for some extra light.

The buses don't accept cash but you can pay by contactless or get yourself a puffinpass. It's a card you can buy from the Town Terminus shop in St Peter Port and top it up – a bit like an Oyster card. Alternatively you can buy a 7-day puffinpass for £16, which will cover unlimited bus journeys for 7 days.

Guernsey is perfect for exploring by bike thanks to its small size and wonderful scenery. Plus, if you reach the island by ferry you can bring your own bike with you.

There are 11 routes criss-crossing the island, many of which take you in a full circle and combined they pass most of Guernsey's highlights, attractions and natural beauty spots - think clifftops, rural villages and green valleys.

The routes are well maintained and many of them start at or near car parks, so you can drive to the start if you have a car. If you don't bring a bike with you there are plenty of places to hire one in St Peter Port.

Top things to do in Guernsey

Jerbourg is a peninsula that juts out from Guernsey's south-eastern tip and has stunning views out across the sea to the other Channel Islands as well as the coast of France.

There are some lovely walks along the cliffs here, where sharp rocks climb out of the sea and many gulls and sea birds make their nests. Your best chance to spot the birds that live here is to visit the bird-watching hides that dot the area, where you may catch sight of nesting gulls, cormorants and shags.

Keep an eye out for the World War II bunker here too. It was built by occupying Nazis to store supplies and munitions, and man the guns on the cliffs.

This colourful Victorian garden was once part of a private estate, but it's now open to the public and offers panoramic views over St Peter Port and the islands of Sark, Herm and Jethou.

They were sensitively restored in the late 90s and have since been home to a huge variety of plants and flowers from around the world. Plus the original Victorian greenhouses are still there, housing the more exotic flora.

The Guernsey Museum is also located here, where you can learn all about the history of the island, its unique folklore and the fascinating archaeological discoveries unearthed here.

Visiting the small island of Sark is like travelling back in time – no cars are allowed on the island and the residents get around by horse and cart (or bike or tractor). There are no street lights either!

One of the best ways to explore Sark is on a horse and carriage tour which will take you along the island's enchanting lanes and through its idyllic scenery while the driver tells you the island's history. If you'd rather go at your own pace, you can walk around the entire island in two and a half hours.

Sark is considered by many to be the most beautiful of the Channel Islands and this is mainly thanks to its unspoilt nature.

If you're after a beach, the vast bay at Pembroke and L'Ancresse on the island's north-eastern tip is the best place to go. The beaches here are stunning with their soft, white sand and clear blue water.

When the tide is out, the sand seems to stretch on for miles and it's the perfect time for walks in the surf or just rolling out your towel and relaxing under the sun.

The bay is a popular spot for watersports as well, with favourable conditions for surfers and windsurfers and swimmers.

What to eat in Guernsey

The food in Guernsey is a mix of English and French cuisine, with lots of seafood thrown in too.

Crab is very popular – it's caught in abundance here – and most cafes, tea rooms and restaurants will serve tasty crab sandwiches and salads. Another local speciality is the Guernsey bean jar, which is a rich stew made with haricot beans, beef shin and vegetables – a warming treat.

There are also a number of cheeses made on the island, including one made from the cheese of Golden Guernsey goats, a rare breed only found on the island.

For drinks, try beer from Randalls, a brewery in St Peter Port that supplies lager and ale to most pubs and shops on the island. Or try Rocquette cider instead, which combines the island's long cider-making heritage with a sustainable approach to create delicious and refreshing drinks.

Where to stay in Guernsey

It almost doesn't matter where you stay on Guernsey – it's so small that it won't take you any longer than 20 minutes to get anywhere.

St Peter Port, or 'town' as the locals call it, is the island's capital and one of the more lively areas. The cobbled streets that slope down to the harbour give it oodles of charm, and it's the ideal base for exploring the island thanks to the bus, ferry and cycle routes that start here.

There are plenty of choices for your accommodation too, from up-market hotels to quaint B&Bs and inns.

If you want a more rural and quiet stay the island has plenty of campsites where you can pitch your own tent, rent a camping pod or even bring a caravan.

More things to do in Guernsey

Guernsey really does pack in a phenomenal amount of things to do relative to its size. If you want action or relaxation you're covered, plus centuries of history and culture to learn and there's plenty to do for families too.

The Guernsey coastline lends itself perfectly to exploration from the water, and one of the best ways to do that is by kayak. If you know what you're doing, you can hire one and go at your leisure. But if you want to see the most eye-catching parts of the coast with an expert, you can join a guided kayak adventure.

This is a great option for all levels, even complete beginners, as well as all ages. But, if you're after more of an intrepid experience then you should give coasteering a go.

This isn't for the faint hearted, but it is a lot of fun if you've got the guts. Coasteering is a unique kind of outdoor activity that involves pulling on a wetsuit, some trainers and a life jacket, clambering up, over and across the rocky coastline, and jumping into the sea. But don't worry, an expert will walk you through it and make sure you keep yourself safe from injury.

This working estate is tucked away in the Guernsey countryside, and is the only winery and distillery on the island. But they don't just specialise in wine, there's also a distillery for gin, a cider brewery, a creamery and a workshop for chocolate, fudge and biscuits.

Tours are available here which include tastings of the various produce, like their delicious apple brandy cream liqueur. There's a restaurant on the site too, serving meals that incorporate the estate's own products as well as local produce.

If you'd prefer something a little less strenuous but still on the water, you can join a safari on a rigid inflatable boat. They'll take you past the rugged cliffs and coastal caves of the island, and even to the small islands of Les Écréhous and Les Minquiers. If you're lucky you might even see dolphins and other sea life.

Human life on Guernsey dates back 7,000 years and with a Megalithic Guernsey tour you can learn more about the island's ancient settlers, who moved in a little while after the rising sea cut the island off from France.

Megalithic refers to the period of human history when we built monuments from very big stones, or megaliths. These fascinating tours explore the remains of the megalithic structures the ancient islanders built, including ritual sites, burial mounds and dolmens, or tombs. 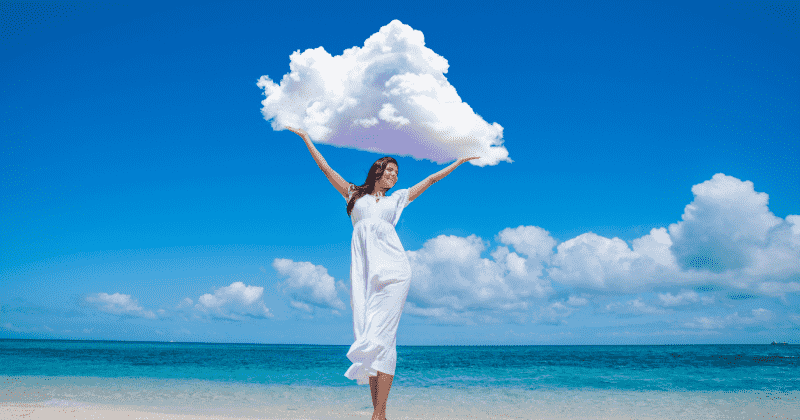 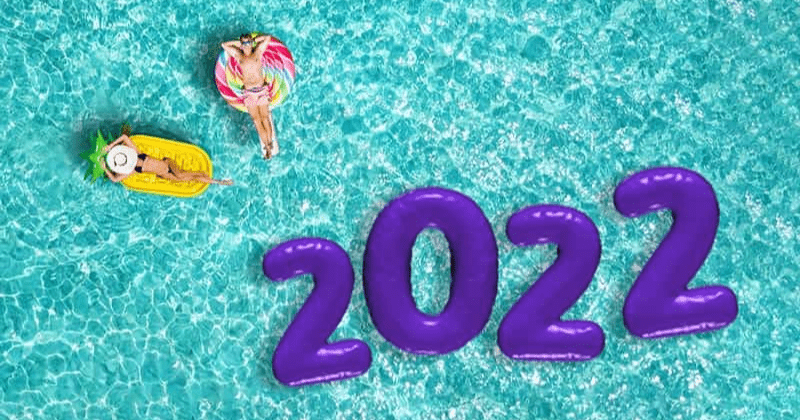 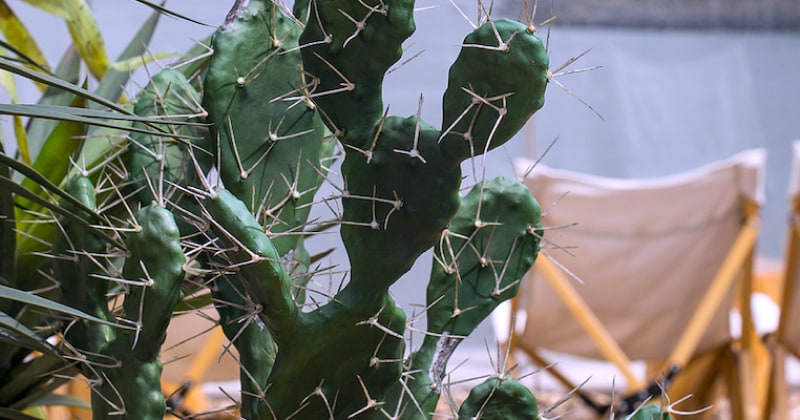 Where to go if you've not had both jabs