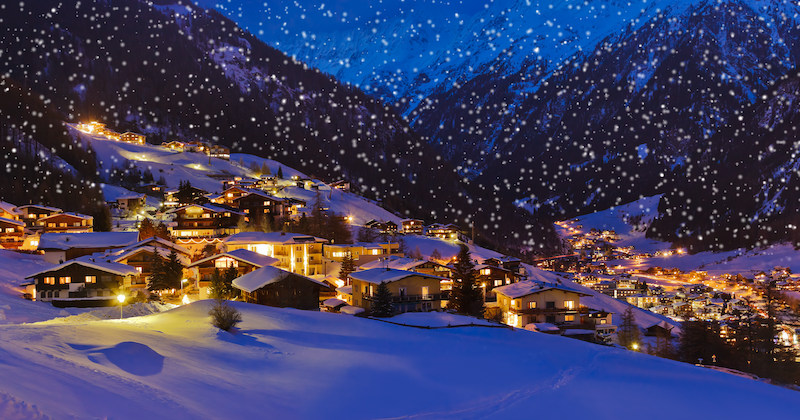 Where to travel in December

Winter sun, Christmas markets, skiing and city breaks – it's a great month to get away.

Our top pick for December is Innsbruck in Austria

A clear winner from our Good Trip Index, Austria is a great place to visit with clean records on human rights and sustainability, coming 6th on our index.

Innsbruck is a rising star in 2022, with more people visiting than ever before as new direct routes have opened up from the UK. It's a lovely city break any time of year, but really comes into its own in the snow.

In winter, Innsbruck has one of Europe's best Christmas markets, and is also a great base for skiing in the Austrian mountains. So whatever you're getting away for in December – Christmas, skiing, a city break or just following the trend – Innsbruck has got you covered. The one thing you probably won't be doing in the mountains is sunbathing, so if that's your plan, we have more options for you below.

Our picks for the best Christmas markets, home and abroad.

Aruba is a happy anomaly – not unlike the Canaries, it's a little slice of Europe with European standards of living and values, but with generally much better weather. Part of the Netherlands, it's an island in the Caribbean and therefore the only Caribbean island scoring highly on our Good Trip Index.

The coldest it gets in Aruba is 25 degrees, so if your plan is to escape the British weather you can't go wrong. Beyond that, it's your run-of-the-mill Caribbean paradise with white sandy beaches, warm green waters and luxury resorts.

Have a good trip – winter sun

Ethical and sustainable choices for a winter sun break.

One of the biggest trends of 2022 and continuing into 2023 is the growing popularity of Eastern European city breaks.

Holidaymakers want to see new places. As the cost of living crisis bites this winter, some want to do it on a budget. Enter a wave of new city breaks through the Balkans and Eastern Europe. Podgorica, Tirana, Iasi – and Pristina, the Kosovan capital.

Kosovo is Europe's newest independent state, born in 2008 and still luxuriating in the novelty, with a monument declaring the country 'newborn' a centrepiece of the capital. The city houses an architecturally remarkable library, regarded by commentators as either the ugliest or most beautiful in Europe (depending on your liking of elaborate concrete brutalism). It's also noted for its cafe culture, relaxed vibe and as a base to explore the rest of Kosovo.

It's not in the nature of skiing to be cheap, but some ski holidays can be cheaper than others. If you want to get on the slopes this winter without breaking the bank, we recommend Bulgaria's Borovets.

In Bulgaria's Rila Mountains, Borovets is the top place for experienced skiiers on a budget. The Bulgarian lev is roughly where it was in 2021, prices are generally lower than inside the eurozone and much lower than the traditional resorts in France, Italy or Switzerland. The resort sits above stunning forests, is replete with red runs and is famous for its lively apres-ski.

Swap an expensive destination for a budget break next year - even if you're skiing!

You don't have to go far to enjoy one of Europe's great Christmas markets. Edinburgh, Bath, Winchester and London's South Bank all do Christmas in style – but for our money the best place for a Christmas market is York.

York was made for Christmas. The snickleways of the Roman and medieval city wind erratically behind the Bar Walls into Stonegate and the Shambles, uniquely beautiful streets of independent gift shops, mulled-wine dispensaries and fudge-makers. Decked with Christmas lights, York looks every bit as fairytale as Strasbourg under its pink cathedral or Bern's Waisenhausplatz market.

In December, UK holidaymakers inevitably seek out winter sun, and Cyprus has been providing our customers with reliable sunshine for all of the 40 years we've been helping them have a better trip.

Even in December, Cyprus is 19 degrees on the coast, cooling down by evening and night, making it comfortable to stroll around and eat outdoors even if you might not want to jump in the sea every day. The big benefits of going in December though are price and space – off-season, Cyprus is much less expensive and crowded than in the summer, and if you're just looking to get away from the British winter the mild weather in December is the perfect antidote.

Cyprus has a large British ex-pat community and its tourist industry depends heavily on British (and, until recently, Russian) visitors, so local hospitality will be pleased to have your business out of season. It's an island rich in culture, sights and seafood – just see our guide for details – so even if you're just here for the weather you'll be spoiled for things to do.

Valparaiso is Chile's second city, a few hours' drive from the capital Santiago, which you can now fly to direct from London with BA. New Year's Eve in Valparaiso sees South America's most renowned fireworks display, and watching the sky explode over the South Pacific from the spectacular seaside cliffs is our tip for the best way to see in the new year.