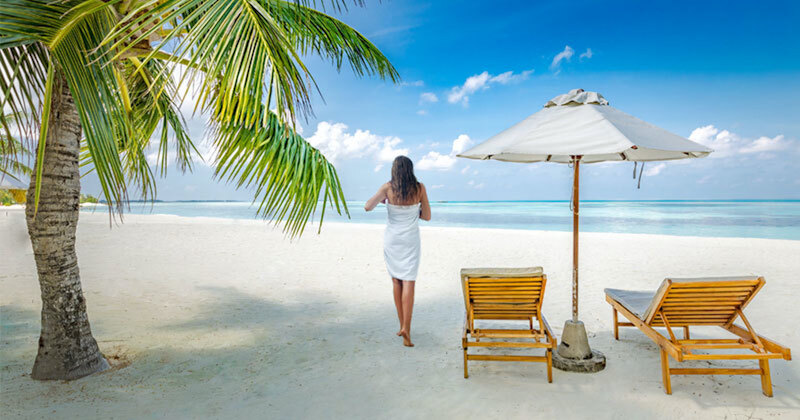 Beat the cost of living crisis and a falling pound and save next year's holiday by swapping your usual destination for somewhere your money will go a bit further.

The UK's favourite holiday destinations have already changed a lot since 2019 as holidaymakers explore further afield and tick off their bucket lists after two years without a proper break.

But with the news dominated by cost of living increases, spiralling energy prices and now a falling pound, it's more important than ever to make sure you get your money's worth for your next holiday. We've rounded up ten of the most popular traditional breaks for UK holidaymakers and suggested some alternatives where your money will go quite a bit further.

The euro, while down against the dollar, is currently stronger than the pound and Spain will be relatively more expensive than last time you went. Not so for Türkiye, or particularly the Turkish lire which, despite rallying in the last few days since the mini-budget, is at historic lows. This makes holidays to Türkiye cheaper than they've ever been.

The resorts along Türkiye's Mediterranean coast enjoy the same reliable weather, facilities and standards of service as anywhere you might know in Spain. The flights are about an hour longer - 3h40m nonstop vs around 2h40m - but if you're staying for a week or two that's no big deal. And, being outside both the EU and the eurozone, Türkiye will present none of the bureaucratic hassles of getting into Europe.

If you haven't seen Pamukkale, Fethiye or the Temple of Artemis, find out why you should.

Croatia plans to move to the euro in Janury 2023, but until then it's outside the eurozone (and still outside Schengen), meaning a visit here is usually cheaper than the major economies of western Europe.

Ryanair flies to Zadar in just over two hours now, and as a relatively new direct route from London, Zadar is quieter, lesser-known and possibly therefore more exciting than Dubrovnik. It's also largely free of the cruise ships and crowds that bedevil much of the Adriatic coast, so for a beautiful, easy city break it's a great budget alternative that doesn't really require you to compromise on anything.

Not only budget-friendly, Croatia is that rare treat of a relatively inexpensive and interesting holiday destination that scores well on our Good Trips Index - Croatia is especially strong on animal welfare and sustainability.

A little further than Italy, true, but if you were drawn in by the prospect of seeing the ruins of an ancient culture, Egypt has temples every bit as impressive as the Forum or Pantheon and weather at least as reliable. Five hours non-stop with Egypt Air and you land in Luxor, where the Egyptian pound is still worth only half what it was in 2016, having recovered back to its early-2022 value.

From a Nile resort in Luxor you can head out to the temples of the Valley of the Queens, visit Karnak, daytrip down to Aswan or take a hot-air balloon over the Sahara Desert.

The compromise you'd be making is that Egypt scores dead last on our Good Trips Index, scoring weakly across almost every category including human rights and sustainability.

If you're flying to the Canaries, we expect you're looking for reliable weather and willing to spend a little longer on a plane to get it. TUI's new route from London to Dakar makes that a possibility, taking 5h vs the 4h30m you'd normally spend getting to Tenerife or Gran Canaria.

A package holiday to Dakar will then whisk you off to a resort, from which you can either kick back and enjoy the sun and sand with all the usual comforts of resort accommodation, or head out and expore a country that Lonely Planet calls "simultaneously exhilarating and tranquil".

The reason package holidays are now heading this way is that Senegal has earned a reputation as one of the safest countries for tourists in west Africa - relatively low crime rates and stable politics makes it viable to come here for an adventure or simply to enjoy the beach with the family. Packages are priced much as you'd expect, but once there you're buying in West African CFA francs - which is up against the pound very recently, like almost everything, but still makes for a very affordable exotic break.

If the dollar's making that trip to Orlando or California look expensive this year, there are excellent alternatives right here in the UK.

Just outside London you can head to Legoland, Chessington, Thorpe Park, Hobbledown Heath or further afield Alton Towers, and Paultons all offer either hotels on-site or nearby hotels that let you turn a visit into a mini-holiday.

We've paired every major UK theme park with hotels on-site or nearby to turn your visit into a memorable, affordable mini-break

While they're part of the eurozone and the Schengen bloc, the Greek islands remain our second most-popular destination in 2022. Partly that's because they're wonderful to visit - relaxing, beautiful, with great food and drink and hospitality. Partly it's because during the travel lockdowns of 2020 and 2021 they were often the only places still open, and UK holidaymakers got a taste for island-hopping as a main holiday.

But also it's because they're already an inexpensive break. Athens topped the Post Office's list of cheapest city breaks earlier this year. There are ten thousand islands, a dozen with their own airports flying direct fron the UK, so competition is fierce to get visitors in. Many of the islands depend heavily on tourism, and even with the euro strong against the pound a Greek island break is still one of the cheapest holidays you can find.

It's not in the nature of skiing to come cheap, but if you're heading to the slopes this winter and trying to do so without breaking the bank, we have a couple of recommendations for places that are relatively less expensive.

In Bulgaria's Rila Mountains, Borovets is the top tip for experienced skiiers on a budget. The Bulgarian lev is roughly where it was in 2021, prices are generally lower than inside the eurozone and much lower than the traditional resorts in France, Italy or Switzerland. The resort sits above stunning forests, is replete with red runs and above, and is famous for its lively apres-ski.

Bialka Tatrzanska in Poland is widely regarded as the beginner's budget resort of choice.

Poland similarly sits outside the eurozone, and the zloty is still relatively weak against the pound. Whizzair, Ryanair and Easyjet all fly here directly in an hour and a half very affordably, and once here it's an agreeably short trip from the airport to the slopes.

Swapping a city break for a flight to the other side of the world may be a stretch, but it depends what you're looking for from your holiday.

Santiago is a Spanish-speaking, cosmopolitan city rich in culture, arts, food and music. Nestled in the Andes, the scenery takes your breath away the moment you step off the plane. And at 49th, it's high on our Good Trip Index for such an exotic destination.

From here it's a bare handful of hours to explore the coast at Valparaiso, or head into the Andes or even over to Argentina. Chile, being 6000 miles long but only a hundred wide, is easy to cross in part of a day.

BA started flying to Santiago direct, and you can do the trip in 14 hours, or significantly more cheaply if you change in Madrid, Miami or South America. The Chilean peso, despite having recently rallied vs the pound, all but collapsed in 2019 during a period of civil unrest and even though a new, stable government is now in place UK visitors will find everything in Chile pleasantly affordable. So...if you want to try out your Spanish on the cheap and don't mind a long flight, Santiago may be the solution.

Almost exactly as far at the Algarve but for half the price, Morocco is a strong choice for budget winter sun.

Morocco has plenty of options. For a longish city break, the obvious choice is Marrakech, where you can stay in a riad somewhere in the city centre, head out to the famous Djemaa el Fna and relish in the sights and sounds of a properly exotic city just three and a half hours away.

French-speaking, Marrakech is a happy combination of close and unsual, accessible but different.

Alternatively, for a package or beach holiday try one of the resorts on Morocco's northern coast. Fly to Agadir or Essaouira and kick back with reliable sunshine, Mediterannean weather and prices closer to Africa than Europe.

The Montenegran capital Podgorica is remarkably affordable. The main budget airlines fly there, the hotels and Airbnbs are cheap, and once you're there eating out and seeing the sights is cheap too. Montenegro is sort-of in the eurozone - twenty years ago, rather than seeking formal admittance from the EU the government simply declared the euro the national currency and bought notes on the open market, so while you're paying in euros things are cheaper than through much of the rest of Europe.

Podgorica has an excellent Christmas market (opening 15th November), and is a very short bus ride or taxi from the Bay of Kotor, one of our top picks for an up-and-coming destination in 2022. So you can combine a trip to the historic Montenegran capital with a trip to Kotor to see the sea, the islands and the old town there, all of which are considered absolutely first-rate by visitors.