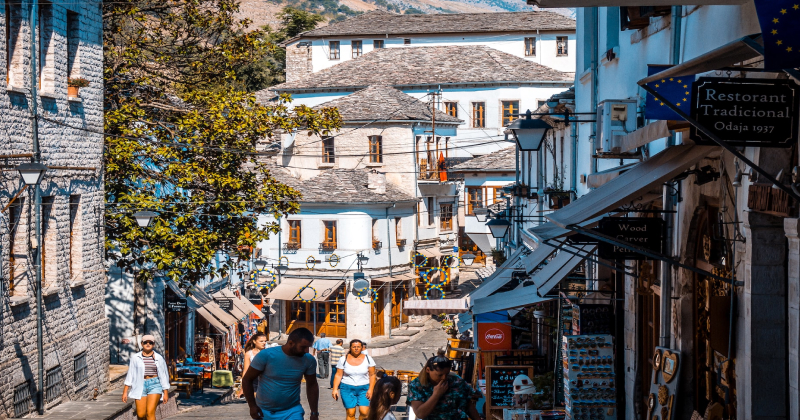 Where to go in February

Whether you're looking for a romantic getaway or half-term adventure for the family, here are our top picks for February

Costa Rica is one of our biggest exotic Good Trip destinations – 32nd on the index for strong press freedoms and a good record on human rights and LGBTQI+ equality. If you're looking for a week away on a sunny beach paradise with a clear conscience, only Aruba scores higher.

February is the peak of the dry season, so for sunny blue skies and very little chance of rain this is the best month to head out and explore the island.

Eastern European city breaks are on the up, and the Moldovan capital Chişinău is no exception. The city suffered during WWII and the tragic earthquake that hit in 1940, so the Soviet Union rebuilt much of it from scratch. What you'll see today is a reflection of this – earlier grand architecture, brutalist modernism from the later Soviet period and the odd relic of pre-WWII Chişinău.

Chişinău makes for a great long weekend away. As well as having a rich, turbulent history to learn about, the food and nightlife are a real treat. You'll find a thriving cafe culture, superb wineries nearby and many street festivals throughout the year that bring the city to life. And thanks to its central location, the rest of Moldova is just a day trip away, so it's the perfect base to explore the country.

Baja California is one of the best destinations in the world for whale watching and February is one of the best times to go. The majority of the world's population of grey whales return to mate and give birth. The whale watching here is exceptional as you can get up close to the incredibly friendly whales – there'll be no need to squint into the distance for a hopeful sighting.

If you tire of the sea, there are land-based delights to explore too. Baja California is a great region for wine thanks to the warm and dry climate. There are plenty of vineyards to tour, and of course plenty of wine to taste!

February sees one of the most popular events in the US - Mardi Gras celebrations in New Orleans. Mardi Gras translates as 'fat Tuesday' in French which reflects the origin of the festival as the last chance to eat rich and fatty food before lent. The tradition was brought to the US by French Catholics and the celebrations are continued today in New Orleans thanks to its French heritage - Orléans of course being pronounced OR-LEE-OHN in French.

During February there are float parades throughout the French Quarter organised by krewes. The most intricate floats are usually put together by Orpheus, Bacchus, and Endymion.

If you're looking to escape the dreary British weather then head to New Zealand which in February is enjoying the height of summer. The warm days and nights make it the perfect time to book a camper van and hit the open road. It's best to give yourself 2 weeks minimum to explore – the flight is long and you'll want to make it feel worth it.

There are two islands, North and South. The South is more mountainous and where you'll find popular sights like Mount Cook, Milford Sound, Lake Tekapo and Christchurch. The North is home to the capital city, Auckland, hot springs at Rotorua and of course Hobbiton itself.

Rather than heading to Venice for Valentine's, head to nearby Treviso – just as charming but not quite so busy. Plus it's a short train ride to Venice if you want to visit for the day - especially as the Venice Festival takes place during this month.

Just north of the city you can visit the rolling hills that produce that most romantic of beverages... prosecco. The Le Colline del Prosecco di Conegliano e Valdobbiadene has recently been designated a UNESCO World Heritage site thanks to it's unique viticulture.

Tired of your usual trip to the Canaries? Why not mix it up this February and give Madeira a go instead. This Portuguese island is located off the coast of Morrocco and average temperatures in February can reach 19°c.

The island is volcanic, which means that although it may not have the sandiest of beaches there is plenty of interesting sites to explore - such as the rugged Pico do Arieiro peak. Plus of course the island is known for its fortified wine!

Singapore is home to what's widely considered the world's best airport, Changi - so this is definitely one place you can say your holiday starts the moment you step off the plane. In fact you could probably spend more than a day exploring everything there is to do in the airport.

Once you step out of the airport the wonder continues, as Singapore is home to some incredibly interesting sites - such as the futuristic Cloud Forest and the iconic Marina Bay resort. February is a great time to visit as it coincides with the Chinese New Year and the end of the monsoon season. Meaning less rain, less humidity and more sunshine.