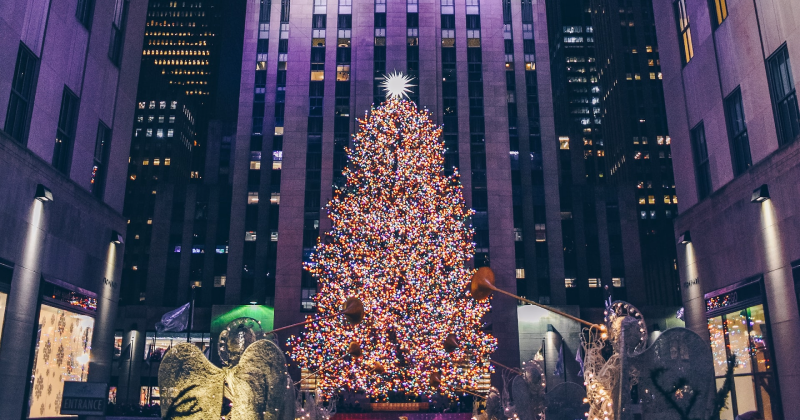 Visit some of the most iconic Christmas film destinations in the world, London to New York and everywhere in between, not just from the comfort of your sofa.

We're not here to discuss whether Die Hard is a Christmas film or not. Though it did make it onto our list so that's something to think about.

Anyway it turns out the Nakatomi Plaza is a real place. The Fox Plaza in Los Angeles played the role of this building where, during the course of the film, a group of employees are held hostage on Christmas Eve during their Christmas party.

They occasionally offer tours but if there are none available there's nothing to stop you driving past or taking a cheeky selfie outside.

We've put together a list of our favourite Christmas markets this festive season.

Now according to our reasonable calculations, about 99.9% of all Christmas films are set in New York.

A classic first, and whether you prefer the black and white original or the 1994 remake, A Miracle on 34th Street is quintessential Christmas viewing. And you can see many of the locations in real life, including the actual Macy's department store where Kris Kringle worked.

Then there's Home Alone 2, where Macaulay Culkin's Kevin McCallister spends the festive period living it up in the Plaza Hotel, Central Park South. And you can stay in it as well if you want. As well as the hotel, you've also got the iconic Christmas Tree at the Rockefeller Center where Kevin reunites with his mum in heartwarming Christmas fashion.

Want more? Check out Gapstow Bridge in Central Park where Kevin meets Pigeon Lady. Speaking of Central Park, this idyllic setting is also featured in Elf, serving as a makeshift runway for Santa and his reindeer.

Take a bite out of the big apple with our travel guide.

If you've seen The Holiday you'll have seen the charming little village where Iris lives and which Amanda falls in love with – along with Jude Law. But did you know that a lot of the outdoor scenes were actually shot in the Surrey villages of Shere and Goldalming, which are just an hour or so out of London.

The picturesque cottages and wonky streets are a delight to explore, even more so when blanketed in a heavy layer of snow. Part of Bridget Jones's Diary was also filmed in Shere.

The film that made Tiffany off Eastenders famous, made our hearts break for Emma Thompson, had an absolutely banging soundtrack (Girls Aloud AND Sugababes) and where Kiera Knightly looked quite pretty. It's Love, Actually. And it was mostly set in London.

You can of course visit the Selfridges store where Rowan Atkinson meticulously wraps the gift for Alan Rickman's secretary. And St Luke's Mews in Notting Hill is where Andrew Lincoln inappropriately tells Kiera Knightly he loves her via a series of oversized cards.

But our favourite has to be Heathrow airport, through which Liam Neeson and his on-screen son rush on Christmas Eve. If only he booked his airport parking in advance and saved up to 70%.

Save on airport parking

Save up to 70% by booking your airport parking in advance!

The Princess Switch is Netflix's go-to Christmas trilogy, with Vanessa Hudgens in the starring role(s) playing three lookalikes who get involved in all sorts of festive hijinks. Think The Princess Diaries meets The Parent Trap. At Christmas.

Anyway the second film, Switched Again, featured plenty of scenes shot in and around Edinburgh, as well as Glasgow Cathedral. Edinburgh's Parliament Square served as the setting for the 59th Annual Cake Competition and Hopetoun House in South Queensferry doubled as Montenaro Castle.

Find out why Edinburgh is one of our festive favourites with our travel guide.