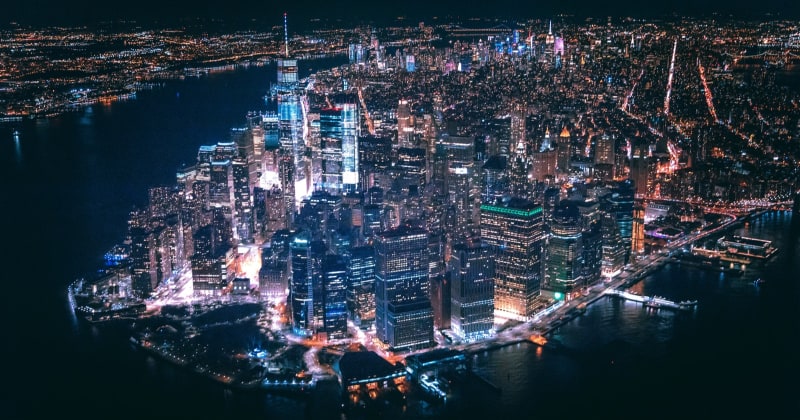 The 10 Greatest Cities In The World

Everyone's idea of the perfect city is different, but we reckon we've got it covered with these must-visit global destinations. Has your city made the list?

You've seen it in thousands of movies (in various states of glory and destruction), and now is the time to explore what is arguably the greatest city on the planet.

New York is one of those rare destinations that invariably exceeds visitors expectations, and the first time you roll into Lower Manhattan - surrounded by skyscrapers as high as the eye can see - is a moment you'll remember for the rest of your life. If you're a returning visitor to the Big Apple you'll already have a good idea of what to expect, but the city will still surprise you with its constantly-changing appeal.

A mysterious and beautiful old city that's famous for its stunning beaches and lively Carnival atmosphere, Rio de Janeiro is one of the hottest destinations around.

Key attractions include Ipanema Beach, with its gorgeous mountain backdrop, the Maracana Stadium, Sugarloaf Mountain and of course the iconic Christ the Redeemer statue, which overlooks the city. Visit in Carnival season (February and March) for a truly unrivalled experience.

In Paris, you'll find a vibrant mix of fascinating history and cosmopolitan modernity that makes it one of the most popular tourist destinations in Europe.

The 'City of Love' is the perfect destination for a weekend of amour, with romantic restaurants and beautiful architecture around every corner. As well as top landmarks such as Notre-Dame and the Louvre, check out the French capital's flea markets and hidden hangouts to see the city through the eyes of a Parisian.

Heading to Paris? Get your trip off to a good start with our travel guide

With its unique East-meets-West appeal, balmy Mediterranean climate, coastal location and fascinating heritage as one of the most significant cities in history, Istanbul has a great deal to offer travellers.

While it may not be a capital city today (in modern Turkey, that's Ankara), Istanbul has previously been capital of the Roman Empire, the Byzantine Empire, the Latin Empire and the Ottoman Empire - all of which has afforded it a tremendously diverse and rich culture that carries through to the present day.

Key attractions include the Grand Bazaar, Blue Mosque and Topkapi Palace. Head to Maiden's Tower, on a tiny island just off the shore of the Salacak district, for spectacular views of the city.

Ask any keen traveller which city they'd most like to visit in their lifetime, and Tokyo, the capital of Japan, is a destination that comes up time and time again.

It's easy to see why - in a city where even the public transport is exciting and futuristic, you are guaranteed an eye-opening experience. From the natural beauty of the cherry blossom or sakura in spring to the ultra-modern architecture, highly inventive food and eye-popping fashion at any time of year, there is always something fun to do in Tokyo.

Read our top tips before travelling to Japan's eclectic capital

Cape Town has everything you could want from an urban destination: good weather, glorious views, a friendly vibe and beaches of pristine white sand for those times when you want to escape the hubbub of the city.

Popular haunts include the Two Oceans Aquarium, which showcases the city's impressive marine wildlife, the Castle of Good Hope, which is thought to be South Africa's oldest building, and of course Table Mountain, which is a constant majestic presence in the city. Take a cable car up into its cloudy peaks if you're feeling brave - the views are well worth it. We hear the Great White shark diving is pretty spectacular too.

It's also worth noting that you won't suffer any significant jet lag when travelling to Cape Town from the UK and back, as despite the distance, the city's time zone is only an hour ahead of our own.

With its canals, bikes, higgledy-piggledy townhouses and leisurely pace of life, there is nowhere else quite like Amsterdam.

A short flight or train ride from the UK, the Dutch capital is a great place for a relaxed city break or longer holiday whether you're looking to immerse yourself in culture or just have fun. Check out the Van Gogh Museum or Rembrandt's House by day, then discover the city's infamous nightlife.

From world-class museums to the infamous Red Light District, you'll never get bored of Amsterdam

If what you want from a city break is wall-to-wall culture, outstanding architecture and thriving nightlife, Barcelona is your go-to destination.

The Catalan capital's legendary 24-hour culture makes it the ideal spot to enjoy the long, warm summer nights, while its wealth of art galleries, museums and beautiful parks will ensure you're occupied from dusk 'til dawn.

When you want to relax, Barcelona's bars and restaurants are fantastic places to hang out, enjoy authentic tapas and a glass of wine. Las Ramblas is a must-visit for drinking, dining and leisurely walks, while La Barceloneta beachfront is where you'll find boisterous bars and clubs.

Sydney has it all: sun, iconic architecture, brilliant beaches, and a thriving sports and arts scene. The city plays host to several exciting events each year, including Australia Day in January, when the harbour comes alive with music, fireworks and a parade of colourfully decked out boats.

Popular attractions include Sydney Opera House, the Botanic Gardens which serve as an attractive walking route to the harbour and the Sydney Harbour Bridge. Its best-known beach is Bondi Beach, a surfer's paradise that attracts tens of thousands of tourists every year.

There's something for everyone in England's capital. History buffs and lovers of incredible architecture will be in their element wandering through London's famous streets – an amble through Westminster alone will take you past the Houses of Parliament, Big Ben, Westminster Abbey, Buckingham Palace and much of the West End, and there are plenty more iconic sites dotted across this diverse city.

A great way to make the most of your London trip is by booking a London City Breaks package with Holiday Extras. This includes a top London attraction (think theatre tickets, Thames river cruises, exhibitions, and so much more), an overnight stay at a London hotel plus breakfast the next morning.

From Warner Bros. studio tours to climbing the O2, plan your perfect London break with us.