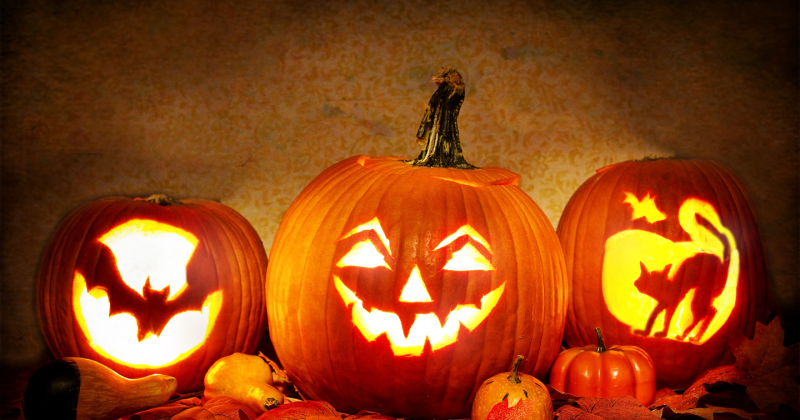 The Spookiest places to visit for Halloween

Don't be frightened! Or do actually because these are our top picks for the ookiest, most spookiest places you can (or can't!) actually visit on Earth.

The Tower of London

This idyllic little village in the garden of England hides a dark secret. It's actually the most haunted village in all of England, with around 12 confirmed ghosts known to frequent various areas of this harrowing hamlet.

The scariest of them all is the spookily named Watercress Lady, who set herself alight when she dropped her pipe into her whiskey and simultaneously proved that smoking and drinking are bad for you in one go. Also she sold watercress for a living hence the name.

Pluckley is just a short drive from the Holiday Extras campus so we sent some brave members of the team over there in search of ghostly activity. And while we didn't find anything spooky, what we did discover was a gorgeous little village with traditional country pubs, stunning views over the Kentish countryside and an idyllic churchyard.

Mary King's Close is an old street that has found itself beneath the buildings of Edinburgh's Old Town. This happened when the Royal Exchange was built in 1760 and caused the close to be partially demolished and buried beneath the rubble for many years, hidden away from the public. Perfect conditions for a haunting really.

That, and the fact that the narrow spaces and sewage-soaked cobbles provided ideal conditions for plague to spread during an outbreak in the 17th century. The story goes that the street was bricked up and those living there, infected or not, were left to die in the dark. This isn't actually true though, as while the street was eventually bricked up and abandoned, this happened after the residents were quarantined and treated for their illness.

In the hundreds of years since, there have been many sightings of paranormal persons lurking in the area, including a plague doctor and a little ghost girl who lost her doll. The noxious fumes from the old Nor Loch were once to blame for these sightings, but that doesn't explain how they continued after the loch was filled in…

The Tower of London

While not quite as obviously spooky as everywhere else on this list, the Tower of London has just enough to creep you out if you dive into its dark and disturbing history of torture, imprisonment and execution.

At Halloween all the ghosts come out and you may bump into some of the tower's most famous inmates, such as Anne Boleyn who was famously beheaded there, or Guy Fawkes who spent months there being interrogated as well as two full days of torture.

Head to Tower Green where many famous and infamous 'criminals', and we use that word loosely, lost their heads. So keep an eye out for the ghosts of the two beheaded wives of Henry VIII, Anne Boleyn and Catherine Howard, as well as Lady Jane Grey who was queen for just nine days.

Then there's the Bloody Tower, where child princes Edward V and Richard disappeared in 1483. Their suspected skeletons were found in 1674 buried under the stairs and it's thought they were murdered because of their strong claims to the throne at the time. However who did it and what really happened will forever be lost to history.

Plan a London break with a visit to the Tower of London and overnight stay in a top hotel with breakfast included.

Erdtsälle translates from German to place or places under the earth. But for the sake of spookiness we prefer their local nickname which is 'Schrazelloch', which means goblin holes. This vast network of partially explored tunnels, which includes around 700 'man-made' underground passages and chambers, is completely shrouded in mystery.

Who built these tunnels and why is completely unknown, with some theorising that they were used for storage in medieval times, as places to hide from bandits, or secret ritual sites for druids. It's all speculation though as there are no historical records of the tunnels whatsoever, leading some to believe they were never intended to be used by human beings at all.

The varying sizes of the passages, many of which are extremely low and narrow, have inspired legends of goblins and elves scurrying through the tunnels in secret and using them to get around unseen.

For something more straight-up, no-nonsense spooky, pay a visit to the catacombs of Paris – a creepy underground chamber where the skeletal remains of around six million people are laid out. For a period in the 18th century, Parisian cemeteries ran out of space, so bones from the more traditional burial grounds were moved to a series of underground quarries beneath the city's streets.

The bones were organised in an artistic way creating endless ornamental passages and chambers lined with skulls, femurs, scapulas, humeruses, clavicles and all the other types of bones we don't know the names of.

Perhaps surprisingly, the underground city of death became a tourist attraction almost at once, and that's still the case today. Follow a guided route through the creepy chambers but don't stray from the path as only a small section of the catacombs have been charted and a handful of people have gone missing down there – including a man who reportedly disappeared in the 90s and all that was found of him was his video camera which had captured his final frantic moments.

Find out everything you need to know about the French capital with our travel guide.

Few places on earth can claim such creepy credentials as Transylvania, yet this historic and frankly rather pretty region of modern-day Romania is perhaps the least creepy of all the places to go for Halloween on our list. Full of hardwood forests and wildflower meadows, it's been described as one of the last truly medieval landscapes in Europe. Its remoteness does, however, give the area an other-worldly feel that you won't find anywhere else.

If you're determined to pursue the spookier aspects of Transylvania's past this Halloween, you can follow in the footsteps of Count Dracula (aka Vlad the Impaler), by taking a tour around the real-life character's haunts – including the famous Bran Castle near Bra?ov.

While Transylvania is certainly remote, it's not hard to access, making it a great option for a quick Halloween getaway. Most visitors fly to Bucharest, before hiring a car and continuing their journey by road. Take a look at our guide to make the most of your visit:

If you want to find the best haunted house in the world this Halloween, look no further than the Winchester Mystery House in San Jose, California. The mansion was designed by Sarah Winchester, who was convinced it was haunted by the ghosts of those killed by the Winchester rifle, which was invented by her late husband.

To keep one step ahead of these ghoulish apparitions, she insisted on false doors and staircases that lead to nowhere being fitted, as well as other questionable design choices, making sure the ghosts were just as confused as unsuspecting guests!

Anyone looking to visit the Winchester Mystery House will be pleased to know that it's open to the public, making it one of the best places to go for Halloween in the USA.

Check out our need-to-know info for your visit to the USA.

We think Prague is one the best city break destinations in Europe, with plenty of boutique shopping choices and stunning historic architecture. But travel just an hour outside of the city by train and you'll find a much creepier setting, and one of the best places to go for Halloween, the Sedlec Ossuary.

Also known as the bone church, the Sedlec Ossuary is decorated with over 40,000 human skeletons, which have been shaped into chandeliers, a coat of arms and even sinister bunting! We can thank the 13th-century abbot who returned to the church with soil from the alleged tomb of Jesus in Jerusalem and scattered it across the Sedlec cemetery. This made it a pretty attractive place to shack up for eternal rest and before long the cemetery was completely overflowing.

To make room for the new residents, all the bodies were moved to a crypt and a local wood carver was hired to turn thousands of the bones into sculptures, furniture and decorations. Makes sense really.

Unlike everywhere else on this list you can't actually visit this place and we wouldn't recommend trying. But we included it anyway because it's our list, it's as ooky spooky as they come, and no list of very scary destinations would be complete without an actual real-life ghost town in it.

Founded in 1854, Centralia was once a thriving coal-mining town with a population of around 2,000. Just over 100 years later in 1962, due to a questionable decision to burn rubbish near an old mine shaft, the coal beneath the town was set ablaze. And it's been burning ever since.

It took 20 years, a life-threatening sink-hole and a hearty cloud of toxic fumes before the residents of the town were relocated to a neighbourhood that wasn't being cooked from underneath. Though not everyone opted to leave, and as of the last census there are still five whole residents living in the town. Must be quiet.

The eerie, empty scenery, toxic methane clouds that burp from the cracked concrete streets have led some to, a bit dramatically, claim the town is the literal manifestation of hell on Earth. It's no surprise then that the location has inspired a number of horror tales, including those penned by Dean Koontz as well as the film adaption of Silent Hill – the classic 1999 survival horror game that some of us still haven't recovered from.