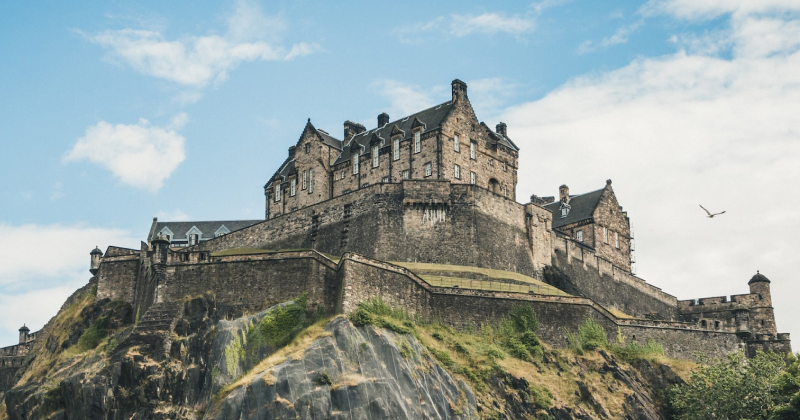 Best places to visit in Scotland

Dramatic mountain peaks, rugged coastlines and picture-perfect towns and cities await in a country that's steeped in history. From lively Edinburgh and Glasgow to mysterious lochs, here are just some of the Scottish landmarks you need to visit…

'The Silver City' is well known for its medieval architecture and unique granite structures, and you'll find many of these historic buildings in Old Aberdeen. Take a trip back in time through the former burgh and discover ancient sites like St Machar's Cathedral, dating back to the 12th century, King's College and the Old Town House, which now houses the King's Museum, whose collections are among the largest and most culturally significant in Scotland.

As its nickname 'The Flower of Scotland' suggests, Aberdeen is a wonderful place to explore on foot. Scotland's third-largest city is home to many luscious green spaces, including one of Europe's largest indoor gardens. With a wide variety of exotic plants, the David Welch Winter Gardens in Duthie Park make for the perfect picnic spot.

There's no shortage of excellent walking routes. Take a relaxed stroll along the gorgeous 2-mile stretch of beach and take advantage of the excellent sporting and recreational facilities, including the Beach Leisure Centre and Linx Ice Arena, cafes, restaurants, multiplex cinema and Codona's Amusement Park.

Edinburgh is one of the best city breaks in the UK thanks to its abundance of history, UNESCO heritage and bustling nightlife. The mixture of architectural styles is a sight to behold – the medieval Old Town and elegant Georgian New Town sit side by side, and are perfect to explore on foot while popping into trendy bars and restaurants along the way.

Overlooking the shop-lined Royal Mile at the summit of Castle Rock is the imposing Edinburgh Castle, which offers phenomenal views of the city. The castle is a must-visit for its unique exhibitions and museums – see the magnificent Grand Hall in all its splendour and admire Scotland's Crown Jewels, including the famous Stone of Destiny used for centuries in the inauguration of Scottish monarchs.

Edinburgh is arguably best known for its festivals, and for many it'll be the Edinburgh Fringe Festival that first comes to mind. It's easy to see why, as this world-beating celebration of arts and culture has such an eclectic schedule of performances, including comedy, dance, circus, cabaret, musicals and opera. The Edinburgh International Book Festival is also worth a visit for its wide range of performances, interactive events and discussions with leading authors from around the world.

Loch Lomond makes for a perfect day trip from the city. Part of the Trossachs National Park, the area is known as the 'Highlands in Miniature' because of the incredible combination of mountain peaks, rural villages, castles, ruins and the loch itself.

For everything you need to know about Scotland's historic capital city, you'll want to read our guide.

Lovers of outdoor adventure should look no further. Fort William on Scotland's west coast is a town filled with drama, from mountainous landscapes to iconic filming locations.

At the top of many Scottish bucket lists sits Ben Nevis, and Fort William makes an ideal base for exploring Britain's highest mountain and the spectacular Scottish Highlands. Part of the Grampian Mountain range, 125,000 walkers scale this impressive peak every year, which boasts panoramic views of the mountainous surroundings that stretch as far as Northern Ireland on a clear day.

Fort William also marks the starting point of one of the world's most iconic railway journeys. Hop on the Jacobite steam train, which you might recognise as the Hogwarts Express in the Harry Potter film series. The 41-mile round trip to Mallaig passes a wealth of beauty spots like the Glenfinnan viaduct, where you'll get a stunning view towards the Glenfinnan Monument and Loch Shiel. This section is the route the Hogwarts Express took from Platform 9 ¾ to get young wizards to school on time.

Go behind-the-scenes of the Harry Potter™ film series at the Warner Bros. Studio Tour London and extend the fun with a magical overnight stay.

Glasgow has been reinvented as a cultural hub in recent years that is now the envy of the world. Named a UNESCO City of Music in 2009, Scotland's music capital is not short of world-beating venues. Head to the King's Theatre for a play, the Theatre Royal for opera, or catch the Royal Scottish Orchestra at the Concert Hall. The National Piping Centre is also worth a visit to learn more about bagpipes, or even to learn how to play this quintessentially Scottish instrument.

It's easy to see where Glasgow gets the nickname 'lovely green place' from, as the city is home to over 70 parks and open spaces. Kelvingrove park is a particular highlight. Take a walk through the winding leafy trails and you'll discover Kelvingrove Art Gallery and Museum, which houses a large collection of paintings from the likes of Van Gogh and Salvador Dali, as well as works from architect Charles Rennie Mackintosh, who designed the Glasgow School of Art.

Wander through the city's pedestrian-friendly streets to the Merchant City, where you'll find impressive architecture nodding back to Glasgow's medieval past. Visit in July for the Merchant City Festival, where street performers along with food markets and family activities bring a carnival atmosphere to the area. For a year-round taste of this lively affair, Merchant Square is packed with buzzing bars and restaurants and hosts a craft and design fair at the weekend.

To discover everything that's great about Scotland all packed into one small island, the Isle of Arran is difficult to beat. An ever-changing coastline, rugged mountain peaks and beautiful green spaces await those who visit, making it a great place to escape the hustle and bustle of city life and explore the natural world.

Speaking of the natural world, the Isle of Arran is a haven for wildlife. Look hard enough on one of many picturesque walks and you'll spot deer, red squirrels, otters, seals and even basking sharks. Some of the best views of the island can be found by taking the challenging but equally rewarding climb up Goat Fell, the island's highest peak that's home to a plethora of flora, fauna and golden eagles circling high in the sky.

Arran makes for a delicious culinary escape too. Seek out the Island Cheese Company at Home Farm in Brodick Castle, where a wide selection of Arran and Scottish blues, bries, camemberts and more await. If you're looking for something stronger you'll find delicious drams of whisky at the Isle of Arran Distillery in the north and the Lagg Distillery in the south, plus local ales on the east coast at the Isle of Arran Brewery. Wherever the island takes you, you're sure to leave in good spirits.

Looking for the best beaches in Spain, where to take your family skiing or which Greek Island is best for partying? Well you've come to the right place.

You've heard rumours of a mythical sea monster that roams this mysterious loch, there's only one way to find out whether they're real…

We can't promise you'll spot Nessie on your trip to Loch Ness, but we can promise that you won't leave disappointed. At 23 miles long and containing more water than all the lakes in England and Wales combined, Loch Ness is impressive. A boat cruise along the loch will give you the best seat in the house for monster spotting, but if you want to play it safe then you can learn all about Nessie and the loch's history at the Loch Ness Centre and Exhibition in the village of Drumnadrochit.

The old fortifications and ruins surrounding the loch are worth exploring too. Urquhart Castle, dating back to the 12th century, now lies in ruins but is no less impressive than it once was. It's no surprise the castle has starred in movies and TV, including the Outlander series, as its backdrop of the loch is picture-perfect.

We'd also recommend spending some time on the east end of the loch in Inverness, the largest city and cultural capital of the Scottish Highlands. Stroll through its streets and along its river banks and you'll find excellent museums, galleries, shops and restaurants. Points of interest to look out for include the architecturally beautiful St Andrew's Cathedral and the Inverness Museum and Art Gallery, whose collection explores the rich history of the city and surrounding Highlands.

Golf enthusiasts travel to St Andrews every year for its world-renowned links courses, where many golfing greats have teed off. This seaside town is home to both the world's oldest golf course, the aptly named par-72 Old Course, and the world's oldest golf club, the Clubhouse of the Royal Ancient Golf Club. Founded in 1754, you'll want to book many months in advance to secure your place on the green.

Spectacular scenery is par for the course in Scotland, and St Andrews is no exception. The rugged coastline provides a stunning backdrop to the town, made only more stunning by the medieval ruins of St Andrews Castle and the Cathedral that adorn it. St Andrews Cathedral was once Scotland's largest and most impressive church, and the visitor museum houses an outstanding collection of medieval sculptures and other relics found on the site throughout history.

St Andrews is also well known as a university town, meaning there are plenty of grand university buildings and grounds to explore. You'll also find fascinating museums and art galleries, which cover topics from local history and contemporary art to, you guessed it, golf.