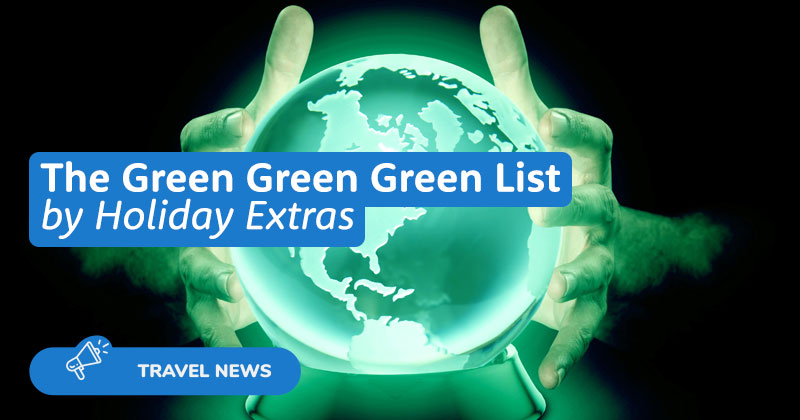 Everywhere you can travel hassle-free when holidays resume on May 17. 😎

Latest update: May 7. The UK government just annnounced the resumption of travel on May 17 and the list of destinations on the green list, so this list is now up-to-date with everywhere that (a) we're allowed to fly to, (b) will let us in (in a straightforward and hassle-free way) and (c) has direct flights that don't stop over in a red or orange country.

The initial green list is thinner than expected for holidays in May and includes Portugal (which plans to open up to UK tourists this month); Israel, which is expected to do the same; Iceland (open only to visitors from the EU/EEA, of which we are not members); Gibraltar (British Overseas Territory, in Europe, closed to visitors); the Faroe Islands (part of Denmark, accessible only to visitors who can prove a "worthy purpose"); plus various long-haul destinations which are either closed to UK visitors or practically inaccessible for holidays (for completeness Australia, New Zealand, Singapore, Brunei, the Falklands, Ascension Island, Tristan de Cuhna, St Helena, South Georgia and the South Sandwich Islands.

So in practice hoidays immediately after lockdown are either going to to orange countries, or to Portugal, at least until/unless more countries are added to the green list or those already on it agree to admit British tourists.

On the government's green list is an - initially quite short - group of countries which we can travel to without self-isolating when we get back*.

But that green list doesn't tell us whether those green countries will let us in for a holiday at the other end. It's no good having New Zealand on the green list (it is) if they won't let us in (they really won't). So we need to know two things. Is it green at this end? And is it green at that end too? So for two greens, the country has to be open at the other end for a hassle-free holiday (ie without long-term quarantine on arrival or restrictions on movement so onerous as to make a holiday impossible).

Finally, you need to be able to get there. Some countries have closed off flights from the UK, or can only be reached via a connecting flight, and if the connecting airports are on the red or orange lists, or closed to visitors, you won't be able to get to or from your destination easily and without quarantining back home. Much of the Caribbean, for example, is normally reached via connections in the USA - which if it's still closed, effectively closes off Caribbean islands without direct flights as well.


So for a hassle-free holiday, what you really need is a country that score green on all three. Green to go, green to come back, green to fly there. A Green Green Green list.

*(Our government also plans to maintain a "green watchlist" - countries which are currently on the green list but may be about to go orange, to make sure no-one sets off on their holiday then comes back to the nasty surprise of 5-10 days in self-isolation. Where a country is on the green watchlist, we'll flag that clearly too. Currently, we don't know where will be on the green watchlist, if anywhere, so that's not part our predictions. It's also, amazingly, said to be possible that the Foreign Office will issue conflicting advice to the traffic light system - if so we'll flag that here too.)

The countries that will score three greens when travel reopens on May 17 and give you a proper, hassle-free holiday. Initially, in May, it'll be a short list. (Though that's not to say you won't have enough options for a much-needed break - remember you only normally go to one country at a time for a holiday!) But as summer rolls on, we expect the Green Green Green list to grow to include pretty much all of Europe and most, if not all, of our favourite holiday getaways.

Latest update: May 7. The UK government has now announced its initial list, so our Green Green Green list now contains all of the places that, as far as we know, it's possible to visit for a hassle-free holiday from May 17 (or in some cases shortly thereafter if an entry deal can be struck).

With the most successful vaccination programme in the world, and travel corridor deals already signed with Greece and Cyprus, Israel is a natural partner for the UK with our comparably world-beating vaccination roll-out. There is much talk of a travel corridor once flights resume from the UK, at which point Israel would make the Green Green Green list on all counts. Currently though it's only open to vaccinated tour groups.

Portugal plans to admit British travellers - either vaccinated or with a negative test - from May. Portugal is by far the biggest immediate opportunity for holidays including Lisbon, the Azores, Madeira and the Algarve.

If none of the available overseas destinations float your boat, have a look at some fantastic UK breaks this summer 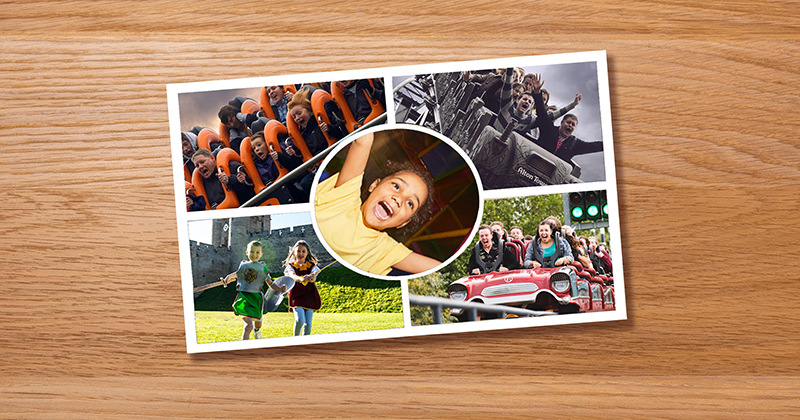 Short breaks at all the UK's top attractions this summer

Open next - our predictions


Latest update: May 11. On May 17, Portugal will be on the Green Green Green list; from May 23, Israel. But after that, when do our favourite holiday destinations open up for a hassle-free trip? We give you our predictions here.

By our calculations Covid rates will fall below the 100/100k threshhold by June 6, too late for the next green list review on June 7 but in time for the one afer one June 28. So we expect France to be back on for holidays by the end of June.

By our calculations German Covid rates are below 100/100k already, so Germany should go on our green list in the next review. However Germany's willingness to open up to visitors is less clear or certain. Bavaria plans to reopen to intra-German tourism on May 21, but we're not yet sure when the country will begin admitting British visitors again.

Gibraltar is a British Overseas Territory just off the coast of Spain. It enjoys a combination of North African weather (so much so that the island boasts Europe's only indigenous monkeys!) and a largely British ex-pat culture and lifestyle, making it a great spot for a sunny but familiar holiday. Gibraltar has also vaccinated its entire adult population, so is largely Covid-free. Currently closed to leisure travel, including from the UK, the island made the green list, so the only question is when they'll begin admitting UK visitors.

Tourism Minister Harry Theocharis has regularly declares his enthusiasm for getting British visitors back to the islands, with a combination of vaccine passports and tests for unvaccinated visitors. Greece's "operation freedom" aims to vaccinate the populations of more than 60 of the top tourist islands in time for the summer season. By our calculations Greece will drop below 100/100k by June 6, so may be added to the green list in the review at the end of June.

With the lowest Covid rates in Europe, Iceland was a shoe-in even for the shorter-than-expected green list. It's already open to fully-vaccinated travellers from the EU and EEA without significant restrictions (though you'd need to prove you've had the vaccine), and with flights from London taking less than four hours to Reykjavik, Iceland could be a great spot for your first post-lockdown break once they start admitting UK visitors on the same basis.

By our calculations Italian Covid rates are below 100/100k already, so Italy should go on our green list in the next review. It's already open to visitors with a test and quarantine, and PM Mario Draghi recently said it would reopen to tourists from relatively safe countries (which is very likely to include the UK) from "mid-May"

Spain plans to open up to UK travellers, without a test, from May 20. By our calculations Covid rates will fall below the 100/100k threshhold by May 16, in good time for the next green list review on June 7. So we expect Spain to be back on for holidays from early June.

Turkey is an outlier for reopening to tourists. Covid rates are falling and should be below 100/100k before the end of the month. However, after finding clear discrepancies in Turkey's reported infection rates last summer our own government may have concerns about taking reported rates at face value. Currently the country remains in lockdown and direct flights have largely ceased, so we await more news before we can offer a robust forecast for holidays resuming here.

Are you Covid-ready to fly?

Everything you need for a test at either end of your trip.

Find out what tests you need for the top destinations 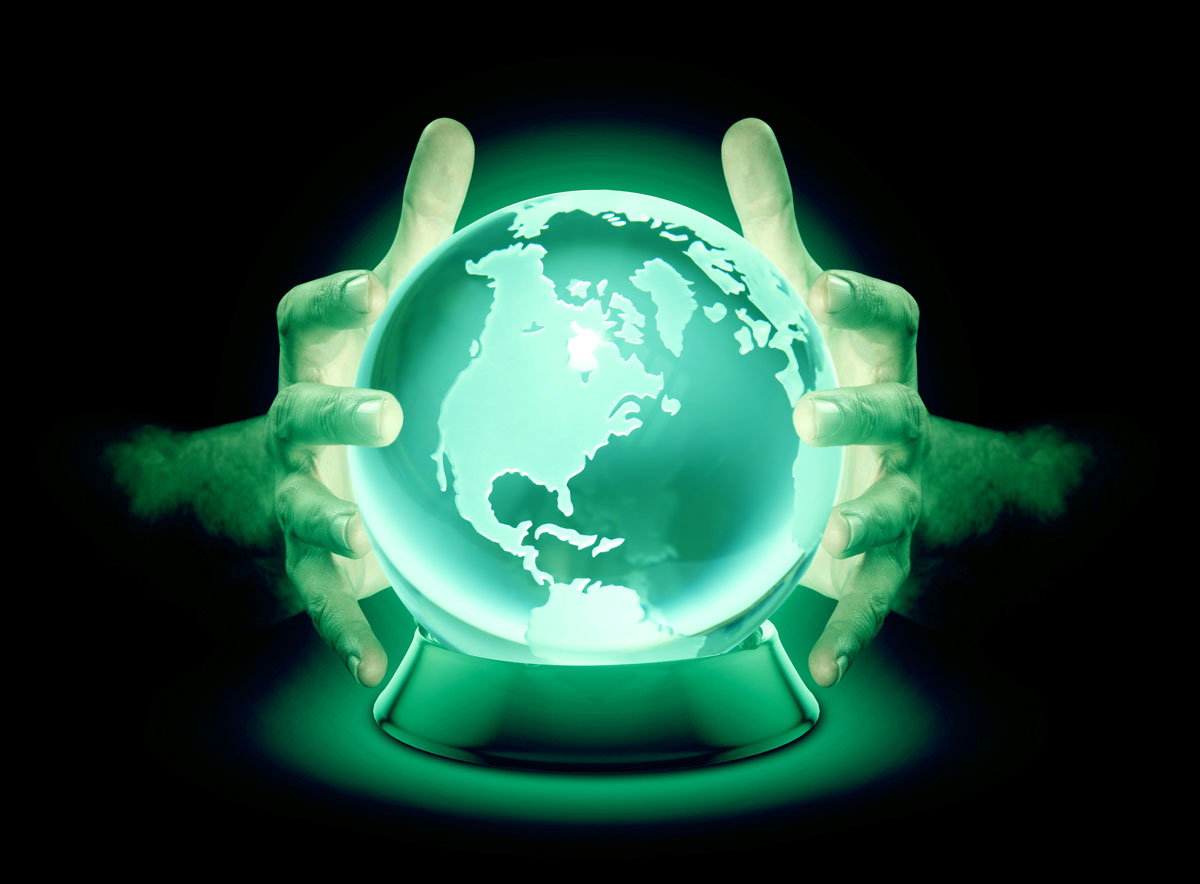 Update: May 11
What are we basing this all on? A combination of data from published by the European Centre for Disease Prevention and Control, and travel consultant Paul Charles who came up with the traffic light system and tracks international Covid rates as it relates to travel; announcements by (and leaks from) our own government and the Global Travel Taskforce; and news from the governments and tourist bodies of the most important holiday destinations, which we track via news monitoring tools.

Looking for more information on testing, travelling this summer or a handy travel guide? You'll find more on our information hub.

Ranking the green list destinations - where can you actually go on holiday?