Everything you need to know in one handy FAQ

Green is for go!
Explaining this summer's traffic light system for travel

The traffic light system for travel, explained by Holiday Extras


What is the traffic light system?

It's the UK government's system for categorising countries now travel has reopened.

Update: August 25 Traffic light rules have changed a lot since they first came in. Currently.... 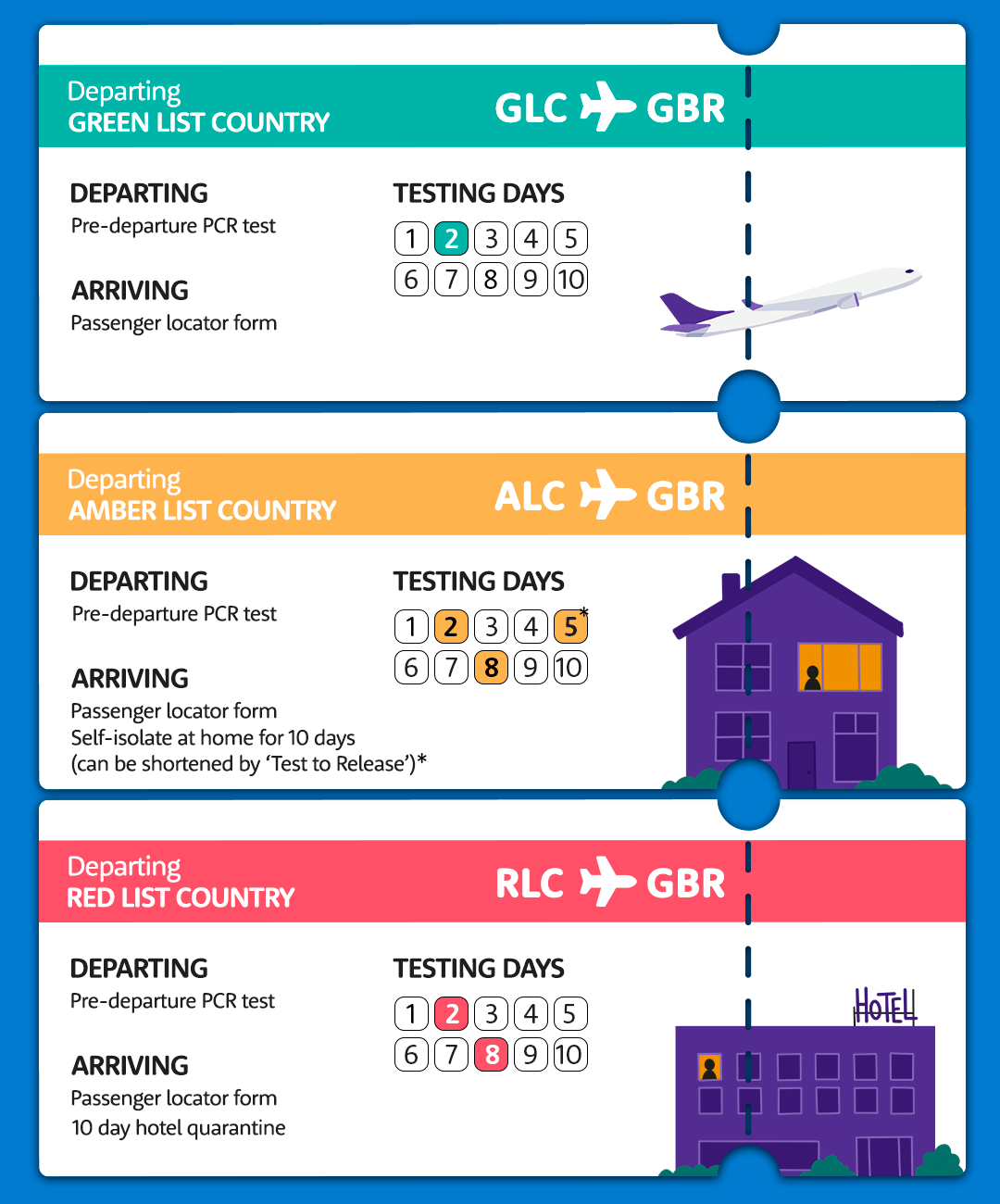 So can I visit anywhere that's on the green list?

Not necessarily. If a country is on the UK governmment green list, that doesn't guarantee they'll let us in, or that any planes are currently scheduled to fly there. So it's a good start, but to see where you can actually go on holiday you really need our Green Green Green list (below).

Keep up to date with where you can travel this summer.


Can I visit amber and red countries?

Again, only if they'll let you in! Some do and some don't. Spain, Greece and Portugal are all on the amber list and happy to see British visitors; Italy requires us to quarantine for 5 days; Australia is on the green but closed to visitors.

Ah, you spotted that. Yes, in theory, though in most cases you may find it difficult to get direct flights. They're also red for a reason - visiting a country in the midst of a health emergency may be neither practical nor advisable. However, taking all that into consideration, yes you can go if you have some way of getting there and they let you in. But then the rule is 10 days' quarantine in a government facility when you get back, at your own expense - currently north of £2000.

What's FCDO advice and why is it different to the traffic light system?

Your guess is as good as ours.

No, seriously though...yes it's a bit odd to have two different government departments offering sometimes-conflicting advice about where it's safe to go, but there is a reason.

The FCDO has always issued travel advice for every destination, long before Covid was a thing. It flags up countries that are at war, prone to terrorist attacks, hostile to British visitors, in the middle of a coup, that sort of thing, and advises against going there.

The traffic light system is a separate thing and just flags how likely it is for someone visiting a country to bring Covid back to the UK. Green for not likely at all, amber for possibly so be careful and self-isolate when you get back, red for an outbreak that means you have to stay in a quarantine hotel when you get back.

Yes - that's because they're part of the Common Travel Area. Coming back from the Commmon Travel Area to the UK doesn't even require a PCR test, so it's slightly easier even than a green country. However you're still bound to follow the rules of the country you're visiting. Ireland no longer requires even a test for vaccinated British visitors; Jersey and Guernsey have their own testing, and even their own regionalised traffic-light, rules, so check the local government websites before you book a trip to the Channel Islands.

Anything else I need to know about traffic lights?

Standard travel insurance policies are generally not valid for countries where the UK government advises against non-essential trips. I'm afraid at this point the system gets pointlessly complicated. The traffic light system is run by the Department for Transport. Insurance takes its steer from the Foreign and Commonwealth Development Office, and it's possible for the lists not to match up.

Want to receive travel updates via email? Sign-up below and we'll let you know when there are any significant changes to the current travel restrictions.