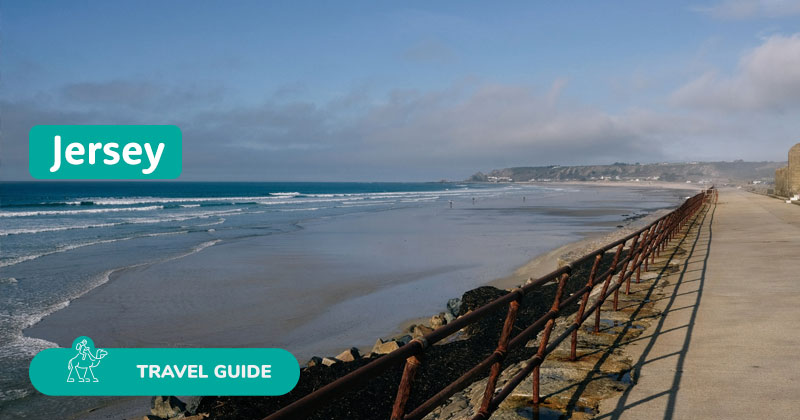 Jersey is part of the Common Travel Area ("CTA"), an agreement that precedes not only Brexit but the EU, and includes the UK, Ireland, Channel Islands and the Isle of Man. To return from Jersey to the UK you are not required either quarantine or even provide a negative test.

Jersey has slowly been reopening over the year. Non-essential shops as well as bars and restaurants are open for both indoor and outdoor seating. Masks are still recommended, and are required on public transport.

Welcome to our Jersey travel guide – one of the best places to find out everything you need to know about exploring this fabulous island.

Here's what you can expect from our guide:

Some facts about Jersey

Jersey is the largest of the Channel Islands, which is quite impressive when you think about how small it is – just under 46 square miles. And though part of the British Isles, Jersey is actually much, much closer to France than England. Just 14 miles off the coast of Normandy, whereas it's 100 miles away from Great Britain.

Jersey has a more mild climate than the UK, with slightly cooler summers and warmer winters than what we're used to. The difference isn't huge though, and it can still get up to the 30Cs in the height of summer, but with the added benefit of coastal winds from the Atlantic.

While Jersey uses the pound it does issue its own bank notes, including a £1 note! Be aware that Jersey money isn't legal tender in the UK, but you can exchange it in a bank if you have some leftover.

Keep up to date with everywhere you can travel this summer.

How to get to Jersey

You probably guessed that the easiest way to get to Jersey is by air. It takes somewhere between 70 and 90 minutes to fly from London to Saint Peter, and it's affordable too.

Also, given its proximity to Great Britain, you can get to Jersey by sea. A ferry from Poole or Portsmouth can take between 4 and 10 hours, depending on if you go high-speed or not. It doesn't work out cheaper to get the ferry, but going by sea will definitely add another dimension to your trip if you don't mind the longer journey time.

There are plenty of options for getting around the island, even given its small size. One of the best things about this is that it doesn't really take too long to get anywhere.

Despite the island's small size, Jersey has around 350 miles of road so there's no shortage of places to explore if you bring or hire a car.

The speed limit across the whole island never exceeds 40mph, not that you'd be in a rush to get anywhere when you can take in the glorious scenery of farms, valleys, cliffs and coast.

It's easy to get around the island on foot as the island is only 9 miles by 5 – you could see the majority of it just by walking if you really wanted to. You'll discover secluded bays, rugged country routes, cliff-top views and off-the-beaten paths. You can explore and find your own way, or take yourself on a self-guided walk to really see the best the island has to offer. 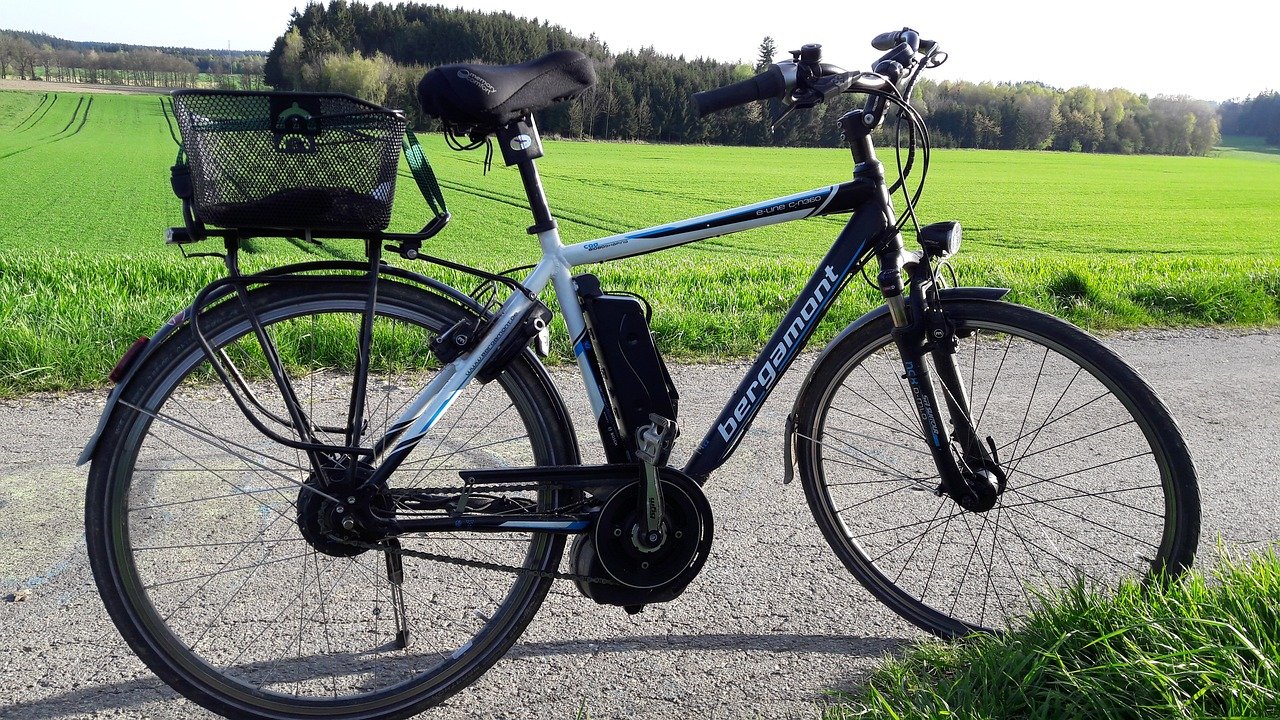 One of the best and greenest ways to get around the island is by bike. There's a network of cycling routes that take you along the coast and country lanes. It's super easy to hire a bike too with plenty of options in and around St Helier.

You can opt for a normal pedal bike or go for an e-bike to give you a bit of a boost up hills. And if you need tips on where to go you can plan your journey using this route map. We recommend packing a picnic too.

There's a handy bus network that covers the majority of the island, linking the heart of St Helier with other popular destinations and attractions throughout Jersey. In fact, most big attractions like the Jersey War Tunnels, can be reached by getting the bus.

You can buy tickets per journey, or if you're planning on using the bus regularly during your trip, hop-on-hop-off tickets are available too. Plus, all the buses in Jersey are fully accessible to wheelchair users.

Things to do in Jersey

Jersey really does pack in a phenomenal amount of things to do relative to its size. If you want action or relaxation you're covered, plus centuries of history and culture to learn and there's plenty to do for families too.

Jersey, along with the other Channel Islands, were the only part of the British Isles to be occupied by the Nazis during World War II. The underground tunnel complex, built by forced workers from across occupied Europe, tells the story of the hardships that the islanders faced during the occupation, and the courage they showed in the face of it.

There's plenty here to fill a day, including an escape room in which you must break into the commandant's office to steal important documents…


The Jersey coastline lends itself perfectly to exploration from the water, and one of the best ways to do that is by kayak. If you know what you're doing, you can hire one and go at your leisure. But if you want to see the most eye-catching parts of the coast with an expert, you can join a guided kayak adventure.

This is a great option for all levels, even complete beginners, as well as all ages. But, if you're after more of an intrepid experience then you should give coasteering a go.

This isn't for the faint hearted, but it is a lot of fun if you've got the guts. Coasteering is a unique kind of outdoor activity that involves pulling on a wetsuit, some trainers and a life jacket, clambering up, over and across the rocky coastline, and jumping into the sea. But don't worry, an expert will walk you through it and make sure you keep yourself safe from injury.

This working estate is tucked away in the Jersey countryside, and is the only winery and distillery on the island. But they don't just specialise in wine, there's also a distillery for gin, a cider brewery, a creamery and a workshop for chocolate, fudge and biscuits.

Tours are available here which include tastings of the various produce, like their delicious apple brandy cream liqueur. There's a restaurant on the site too, serving meals that incorporate the estate's own products as well as local produce.


If you'd prefer something a little less strenuous but still on the water, you can join a safari on a rigid inflatable boat. They'll take you past the rugged cliffs and coastal caves of the island, and even to the small islands of Les Écréhous and Les Minquiers. If you're lucky you might even see dolphins and other sea life.

Human life on Jersey dates back 7,000 years and with a Megalithic Jersey tour you can learn more about the island's ancient settlers, who moved in a little while after the rising sea cut the island off from France.

Megalithic refers to the period of human history when we built monuments from very big stones, or megaliths. These fascinating tours explore the remains of the megalithic structures the ancient islanders built, including ritual sites, burial mounds and dolmens, or tombs. 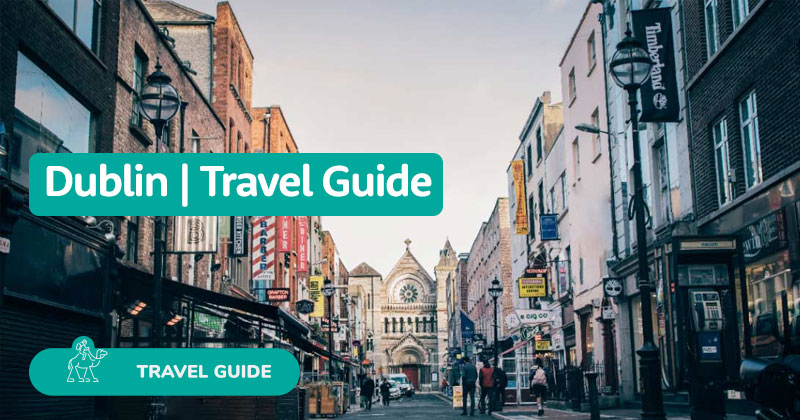 Where to Stay in Jersey

Jersey has a variety of options for stays, whether you want to experience the idyllic scenery up close, enjoy a bit of luxury, or opt a more independent style stay.


St Helier is the capital of the island and a good base for exploring the island as it's the hub of the bus network and home to many of the car and bike hire companies.

Depending on the kind of stay you're after, St Helier has a fantastic choice of accommodation on offer. This includes both modern and Victorian hotels either in the centre of the city or beside the harbour, as well as plenty of stylish Airbnbs if you don't want a traditional hotel experience.


There's a nice sprinkling of campsites across the island if you want to experience the island's natural beauty more up close.

You have the option to bring your own tent or caravan, or you can stay in a pre-pitched glamping tent so all the hard work is already done for you.

Camping in Jersey doesn't mean you have to go without the facilities of a nice hotel either. Many campsites on the island boast their own outdoor pools, private showers and evening entertainment. You can even camp at Jersey Zoo in your very own 'pod'.

What to eat in Jersey


You might've already guessed that seafood plays a big part in Jersey cuisine. This includes oysters, spider crab and lobster, all of which are caught locally so you know it's fresh. You can find it at St Helier's bustling food markets, cooked from a food stall or on the menu of a restaurant. The crab sandwiches and lobster claws are a particular favourite.

Of course we have to mention the Jersey royals too, given that this is the only place they're grown, along with all the other delicious vegetables grown on the island year-round – seasoned with Jersey sea salt and wild herbs from the coast.

In our guide to Covid testing for travel - find out everything from current PRC Covid testing requirements for your holiday to Covid-19 test procedures. 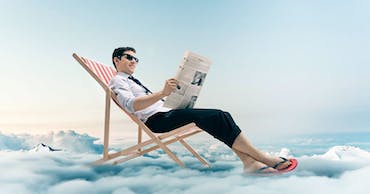 As travel returns to normal, all the news you need for a hassle-free trip.