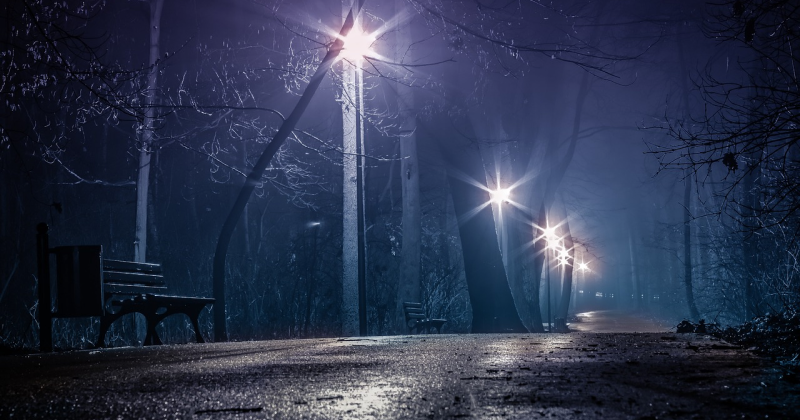 The best ghost tours in the UK

Do you love Halloween? Are you ready for a heckin' fright? Take a look at our ghastly guide to some of greatest ghost tours in the UK. Boo!

Edinburgh has a bit of a reputation for its population of ghostly residents, many of which make their homes in the haunted vaults and chambers that lie abandoned beneath the city streets. Due to the city's unique development over the centuries, many of the less desirable areas were literally built over when space became a commodity. As a result these old streets soon found themselves underground as taller and more modern ones were built on top of them.

These quickly became the haunt of local criminals and overlooked members of Victorian society, with the dank, damp and dark chambers providing shelter. Nowadays these creepy underground areas lie eery and empty, save for the brave few that venture down there on organised tours in search of paranormal activity.

As you might know, Pluckley is the absolutely, 100% confirmed most haunted village in England. So where better to go for a nice countryside ramble and see the setting for the BBC's famously terrifying The Darling Buds of May. Hold on a minute…

It'll take you through the Derring Wood, known for its startling, disembodied screams, the Church of St Nicholas and its idyllic graveyard, and Fright Corner - where the highwayman met his demise at the sharp end of several swords.

Check out what happened when we sent our very own paranormal expert to Pluckley to tell us some entirely true* ghost stories.

From the most haunted village to the most haunted castle. Chillingham, in fact, has no chill when it comes to ghosts as it seems to have one for every occasion. Located in Northumberland close to the Scottish border, the castle has a long and bloody history of war and torture, providing the perfect conditions for a haunting.

More than 100 ghosts are said to stalk the halls, mainly victims of the castle's resident torturer John Sage, who is said to have tortured and killed around 1,000 people during his career. You can still see all of his 'equipment' in the torture chamber, including an iron maiden and the rack - which was used to stretch victims until their joints popped.

Keep an eye out for the Blue Boy too. His remains were discovered in the walls of the Pink Room, with worn-down nails and fingertips that indicate he was bricked up while still alive. If this all sounds fabulous to you, you can book ghost hunting tours of the castle or even spend the night there if you're brave enough.

And no, that's not a typo! The medieval city of Canterbury has a long old history which is easy to see from its winding cobbled streets and ruined perimeter walls. But what about from the river?

The Great Stour river runs through the heart of the city, so why not take a punt by lantern light to see some of the city's historic landmarks? Snuggle under a blanket with a hot water bottle as you listen to local tales of ghosts and drift through spooky riverside areas, like the historic Blackfriars Dominican Priory.

You may also pass through the 50 Yard Tunnel, which was once a channel that diverted water to a mill. It's dark and cramped, with a low ceiling that will make you feel like you'll need to duck your head.

Jack the Ripper terrorised the London's Whitechapel district from 1888 to 1892, leaving behind a trail of five brutally murdered women and endless unanswered questions. It's suspected that the unknown killer murdered more people during this period but there are only five 'canonical' victims.