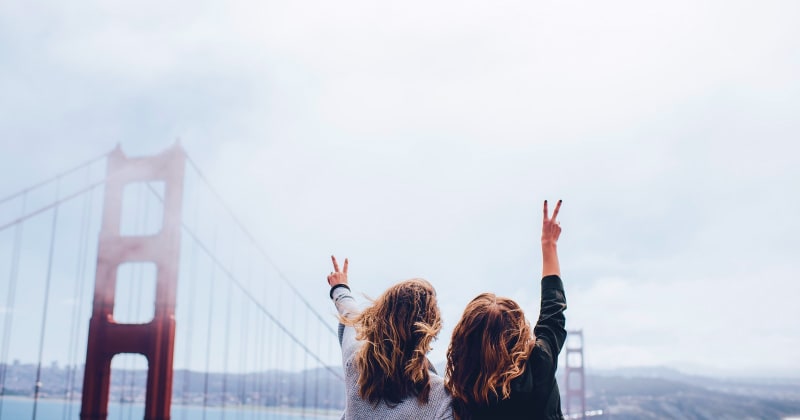 Canary Islands vs. The Azores

It's time for the battle of the European island archipelagos (we're not sure that'll catch on!)

While there are plenty of similarities between these island chains - both in the Atlantic, both formed by volcanic activity and both tied to a mainland European country - when it comes to which you should choose for your holiday, there's plenty to divide them!

In the purple corner, and needing little introduction, we have The Canary Islands!

Arguably THE most popular destination for British tourists all year round. These 8 Spanish islands are found just off the coast of Africa - with top notch beaches, infamous nightlife & year-round sun.

In the orange corner, and needing maybe a little introduction, we have the Azores.

These 9 Portuguese islands in the Atlantic Ocean, are described as a mix of Hawaii and Ireland - with verdant green landscape, stunning volcanic lakes and the only tea plantation in Europe!

Going head to head on...

If you're a keen diver then there are plenty of great opportunities to get your flippers wet on both the Canary Islands and the Azores!

One of the best places to dive is off the coast of Santa Maria, the smallest of the Azores. The marine life is abundant and the water has amazing visibility. Here you'll get the chance to swim with whale sharks and devil rays - but you'll also find sunfish, rays, octopi all year round. The underwater landscape isn't to be missed, with black coral, lava walls and underwater tunnels.

Another Azores diving spot to visit is Princess Alice, between Pico and Faial (it'll take about 3 hours to get there by boat). The visibility is up to 60m and you'll find yourself swimming among hammerhead sharks, dolphins and even marlin. Better than all that though is that you'll get the opportunity to dive with Mobula rays!

Not to be outdone, La Catedral is a spectacular dive spot in Gran Canaria. Just off the coast, this dive spot is a 30m high structure (hence the name!) full of caves, arches and crevices to explore. This site is more about the scenery than the fauna - but you can expect to see sea slugs, urchins and smaller fish.

Our verdict: there's plenty of dive spots to explore in both, but our vote goes to the Azores. The diving experience here will stay with you for a long time.

Where are the best beaches?

The Azores may not have the classic white sandy beaches, but there's an amazing choice of beautiful spots to choose from - especially if water sports are your thing. Praia de Santa Barbara can be found on São Miguel, and is one of the most popular beaches on the island. The sand here is volcanic and black, which makes for an excellent photo op! There's a surf shop so you can take surfing lessons while you're there, or simply sit back and watch others give it a go!

For something a bit different you could take a trip to Islet of Vila Franca do Campo - a small beach inside a submerged volcanic crater. It's not as scary as it sounds! You'll have to take a boat to get here, but once you're there the sheltered islet is great for swimming.

The Canaries boast better weather than the Azores. It's mild all year which makes it a go to beach destination even in the winter. The warmest of the islands is Fuerteventura, as it's the closest to mainland Africa. Playa de Cofete is our favourite beach - a beautiful wild beach that may not be the best for swimming but is certainly best for the views. At the other end of the island you'll find El Cotillo Beach & Lagoons, similarly beautiful but the lagoons here are better for swimming. 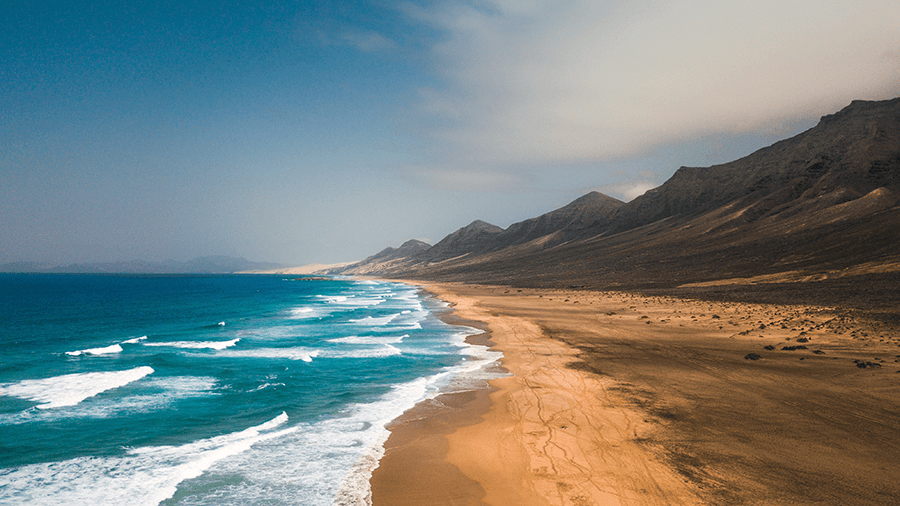 If you're looking for beaches with more amenities head to Playa del Inglés on Gran Canaria or Playa de las Américas on Tenerife. They're purpose built resorts with everything you need to sunbathe on the beach all day, then hit the bars and restaurant's at night. But don't forget Tenerife is about so much more than just the resorts!

Our verdict: there are some beautiful beaches in the Azores but if relaxing on a white sandy beach is what makes a holiday for you then the Canary Islands are the obvious choice.

Which is best for families?

When it comes down to which island is best for families it really depends on what a 'family holiday' is to you. Do you like to explore the outdoors and get off the beaten track with your kids, or do you prefer to relax by the beach with plenty of amenities nearby? That's not to say there aren't elements of both in each, but there are definitely different experiences to be had.

If you raised a hand for 'explore the outdoors' - then the Azores are definitely going to tick that box. The Azores pride themselves on being an amazing natural environment with sustainable travel at the forefront. Direct flights arrive in Sao Miguel and you reach the other islands by ferry - so for ease of travelling with children base yourself in Sao Miguel for your trip. There's a lot to see and do but here are a few ideas: 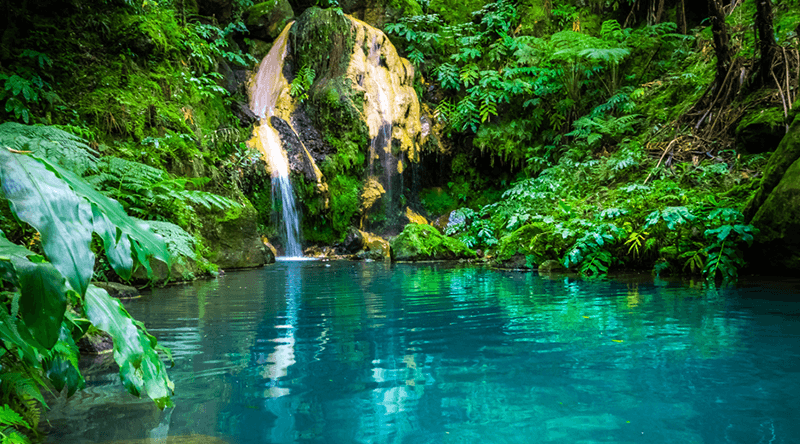 If a catered for beach holiday is more your thing - then the Canary Islands are a great choice. If you're looking for more of a resort family holiday then you can't go wrong with Tenerife - you'll find everything you need with plenty of extras to keep the kids entertained. If you want to get away from the crowds slightly then head to Fuerteventura instead - it's a little less built-up and the beaches here are some of the most beautiful in all of the Canaries. 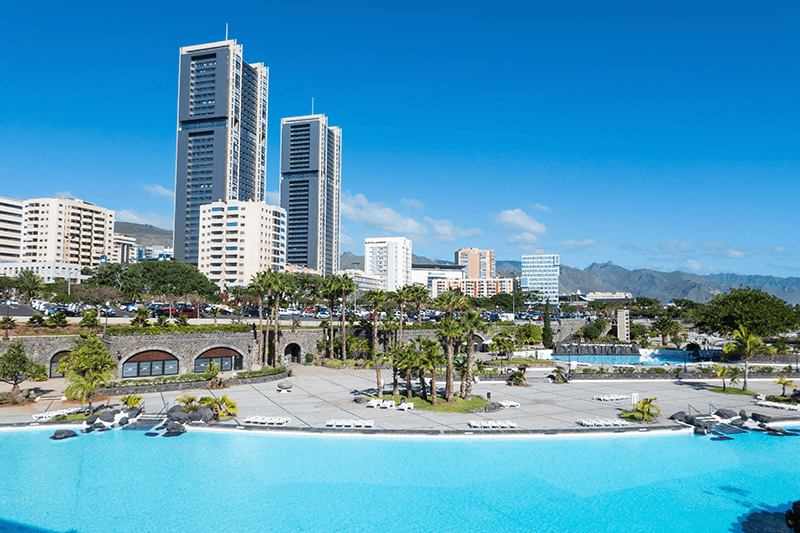 Our verdict: it's hard to choose as both have their charm for your family holiday - in fact we're not doing it! We'll call this one a tie.

Which is best for nightlife?

There's definitely not so much of a party scene in the Azores, but that doesn't mean there aren't some great nightlight spots to check out. On Santa Maria, there is Chaminé Club with two floors of music to choose from. Or head to Ponta Delgada on São Miguel, enjoy drinks while looking out over the marina at Baía dos Anjos and then head to Bar Do Pi for the music.

Like to hit the town on your holiday? Then you probably want to head to Gran Canaria or Tenerife where you can party all night. In Tenerife head to Playa de las Américas, where you'll find clubs such as Tramps Tenerife and Sugareef Tenerife on the popular Veronicas strip.

The nightlife on Gran Canaria is second to none. Playa del Ingles serves as the island's party capital, with countless bars, clubs and pubs to suit all tastes. It's also a great LGBTQ+ holiday destination, with most of Gran Canaria's gay bars and clubs here. Expect to see drag queens, regular 'Pride' processions and dress-up nights in a part of town where partying is a way of life and almost nothing is off limits.

Our verdict: this is an easy one. After all, the Canary Islands are famous for their nightlife.

Which is best for hiking?

Fans of the great outdoors are spoiled for choice at either island chain. This is largely because of their rugged volcanic landscapes, and protected nature reserves.

In the Azores you don't have to go off the beaten track to find beautiful hikes. Some of the most famous pathways on the islands are on São Miguel - the main island. The landscape here is so verdant it's fondly known as the "green island" - there's lush vegetation, beautiful lakes, volcanic craters and mountain peaks. One of the must see spots on the island is the Vista do Rei - a viewpoint looking out over the twin lakes of Verde and Azul below. There's an easy 7.7km hike to the viewpoint and it's well worth the views at the end.

Most people don't tend to visit the Canary Islands for the 'great outdoors' - the larger islands have become more commercialised and touristy. But take a trip to one of the smallest of the islands - El Hierro - and you can explore a UNESCO Biosphere Reserve. One of the most popular paths is La Llanía, it will take you through ancient forest to black sand craters. There are plenty of hikes to choose from and this island really is the jewel in the Canaries' crown. If less tourism and more nature is your thing, then head here.

Our verdict: if you enjoy getting out into nature, then the Azores are definitely the better choice!

Well we seem to have ended in a tie! But strangely this seems fair - whether the Canary Islands or the Azores come out on top for you really depends on what sort of holiday you're looking for. The Canary Islands are certainly more touristy and can be a little brasher at times, but once you step outside the resort there's so much more to them and much more to explore. The Azores are a little more rustic and a lot quieter and we love this about them - they're an outdoor lovers dream. They're growing in popularity in recent years, so visit now while they're still a little bit of a secret!

Hang on! A new contender has entered the ring - Madeira!

With the Azores to the west and the Canary Islands to the south, Madeira is a 4-island archipelago tied to Portugal. The largest, and most visited island is Madeira itself. Like the other islands, it was formed by volcanic activity, so boasts a similarly rugged landscape making it an excellent spot for hiking. There is good infrastructure on the main island, and tourism is popular here (mainly around Funchal in the south) - so expect plenty of amenities, nightlife and great food!

Because of its rugged cliffs there aren't really any big beaches on Madeira, but some sand has been imported to make an artificial beach at Calheata to the west of Funchal. If you really want a sandy beach make your way to Porto Santo - a smaller island about 2.5 hours away by ferry - it's well worth the trip if you have the time.


We think Madeira is the perfect blend of the things we love about the Canary Islands and the Azores - the creature comforts that more tourism brings, plus the opportunity to get out, explore the outdoors and take in the stunning scenery.

The Canary Islands are a Spanish archipelago off the west coast of Morocco - there are 8 main islands, though most tourists tend to visit the big 4 (Tenerife, Fuerteventura, Gran Canaria and Lanzarote). 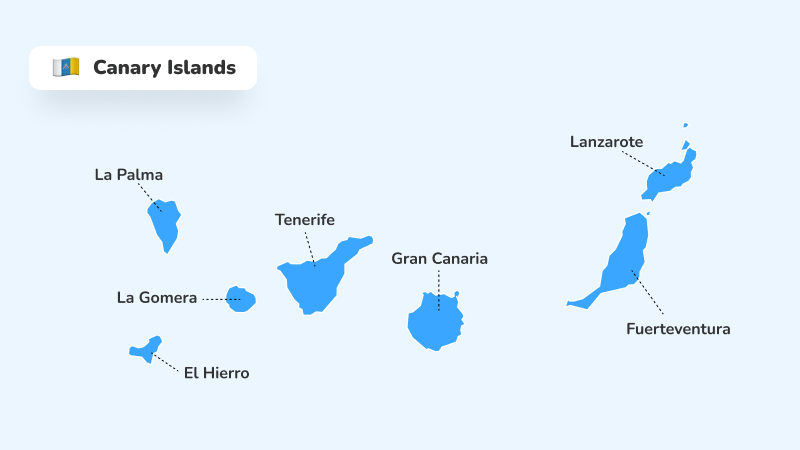 Time zone: GMT +1
Currency: Euro
Language: Canarian Spanish
Flight time: Avg. 4 hours 30 mins
Climate: Temperatures are mostly between 18° and 24° year round - with highs of up to 30° in summer.

The Azores archipelago is an autonomous region of Portugal in the mid-Atlantic - there are 9 main islands split into 3 groups (Western, Central and Eastern). 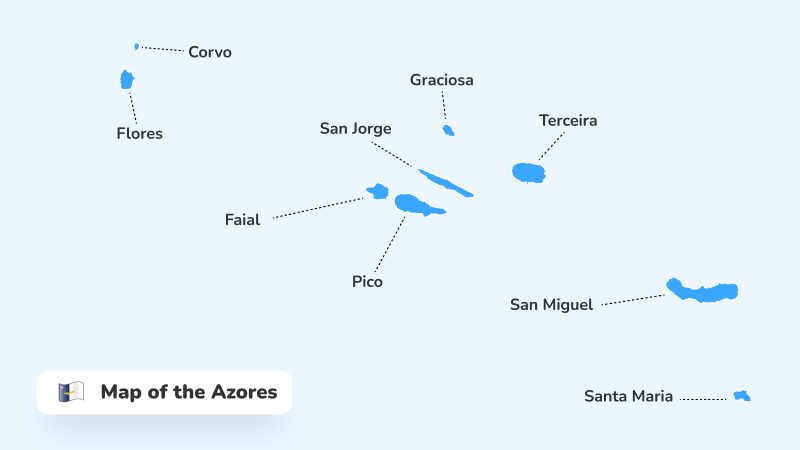 Time zone: GMT -1
Currency: Euro
Language: Portuguese
Flight time: Avg. 4 hours 15 min
Climate: Temperatures are mostly between 15° and 25° year round - with highs of up to 29° in summer.