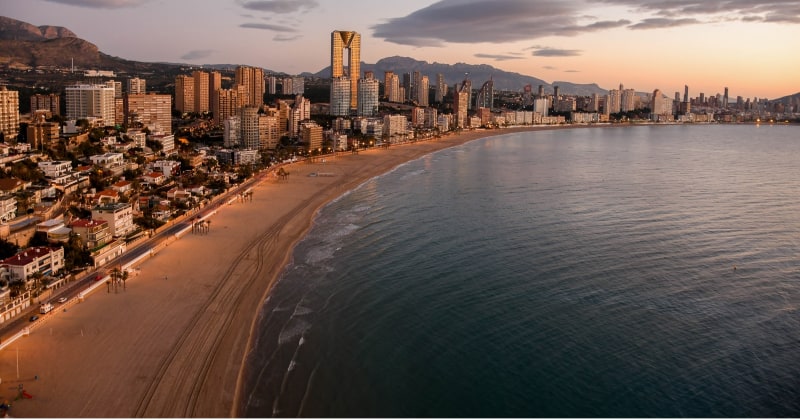 Benidorm isn't just sun, sand and sea. It's a cultural and historical smorgasbord, just waiting to be discovered.

Benidorm is a town steeped in history, with churches and ruins dotted around its cobbled paths. At Holiday Extras, we like to help you plan your holiday, so if you're a fan of the olden days, check out our list of suggested historical landmarks in Benidorm.

Built between 1740 and 1780, this church pays homage to the patron saint of Benidorm. It's perched on Canfali hill and has a distinctive blue-tiled roof. Inside, you can see a wooden statue of the Virgen del Sufragio, which, according to legend, was found drifting on a boat in the middle of the ocean. Each year, the town holds a festival re-enacting this discovery and celebrating St James.

You'll find Benidorm Old Town sandwiched between the resort's two main beaches, Poniente beach and Levante beach. This area is where Benidorm originated as a fishing village before growing into the town it is today. Along the meandering streets, you can see remnants of Benidorm's past, including ancient cannons, La Seaora­a square which pays tribute to the area's seamen and Calle Condestable Zaragoza, named after a local war hero.

This is a great place to visit on a sunny day. A 16th-century watchtower, this is where guards would keep a look out over the seas for Algerian pirates arriving to attack. These remains have been declared Cultural Assets and can be found tucked away beside the Sierra Helada mountains.

Also known as the Balcan del Mediterraneo, this is the ruins of a 14th-century fortress. Like Morales Tower, it was also originally built to act as a defence area against pirate raids in the 14th-16th centuries, and was abandoned in the 1500s. These days, it's decorated with blue tiles and is bathed in light. It's a pleasant wander through the town's narrow, winding alleys to see the remains of the walls on the rocks of the viewpoint.