How it all began

In 1983, entrepreneur Gerry Pack noticed that there was no easy way for leisure travellers to book a night at an airport hotel. With no discounted rates available, there were hotel rooms languishing empty.

Gerry decided that this was the right time and the right venture. Holiday Extras® started out as Apple Booking Company.

Alongside Gerry in the office was another company using the name Apple, run by Anthony Williams. It wasn't long before the two joined forces. Anthony and Gerry were a winning combination: Gerry's enterprise with planning and systems and Anthony's sales and marketing flair.

Travel agents would call in and express an interest and then they were sent a booking pack which contained a three copy carbon book and freepost envelopes. Initially the systems employed were manual but later Anthony developed the software and database for a booking system.

Apple Booking Company offered a small number of airport hotels at London Gatwick, London Heathrow and Luton airport with a simple, uncomplicated range of three star hotels; doubles, singles or twins. The prices were set at a discounted rate and the products were aimed at the leisure traveller. Initially hotels were unnamed, hence the substantial discounts. Unnamed hotels are a popular product that we have gone back to offering today as Undercover Hotels and they still provide fantastic savings.

The first hotel suppliers were the Moat House at London Gatwick and Luton Airport and Forte Hotels at London Heathrow. Airport hotels were historically pitched at the business traveller and the rates were set in accordance with what the business community could afford. But this left the hotels with a large proportion of empty rooms and it made sense to fill them up, even at a heftily discounted rate. Within a couple of weeks Gerry knew that they had backed a winner. During the second week one of the girls, Hazel, made six bookings in a morning.

The company on track 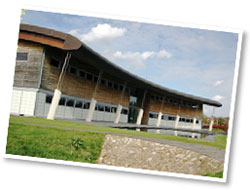 The travel agents and the hotels found the new booking arrangement both lucrative and convenient. The hotels realised that customers who were on holiday were spending more at the hotel than their business travelling counterparts. People who were out to enjoy themselves would buy meals and spend an evening at the bar. The trade was mutually beneficial.

At first Apple Booking Company worked solely in partnership with travel agents. The booking system was basic but well planned - the company offered a service that was free. The travel agents embraced the opportunity, they could now earn commission in an area were they had struggled before and it offered them extra revenue in a difficult trading atmosphere.

In time, Gerry and Anthony realised that adding a wider range of hotels to their portfolio did not erode existing business so ABC flourished. Soon they were dealing with all types of hotels and rooms from budget to luxury.

In 1986 the company launched a travel insurance service and in 1988, airport parking. More airports and more suppliers were added to the growing portfolio. The business continued to grow and in the early '90s the company, rebranded as ABC Holiday Extras and now housed in a characterful barn conversion at Smeeth, Nr Ashford, expanded with a brave move into supply.

Holiday Extras had always tried to keep a dependable provision of airport parking but at some airports demand continually outstripped supply. Holiday Extras purchased its first car parking company close to Birmingham airport and branded this new business Airparks Ltd. The supply business offers very different logistic challenges to the booking and contractual side but continues to grow, well into the 21st century.

Steve Lawrence joined Holiday Extras (then ABC) in 1994 as marketing director. Over the following two years he took on responsibility for the insurance business, then the call centre and in 1998 he became managing director.

The continual growth of the company provided healthy volumes for all, which helped to maintain and nurture good long term relationships with suppliers. Without these great partnerships there would be no business and the recognition of this, plus the incorporation of a flexible attitude towards suppliers, is one of our secrets of success.

Another aspect that has contributed to the continued success and expansion of Holiday Extras is a robust, reliable booking system. Holiday Extras has been working with Chauntry reservation systems since 1989 and has invested millions of pounds developing and enhancing its booking systems.

In April 2000 the website was launched, and with it, sales to direct customers. This was a brave move as traditionally this type of business either sold through travel agents or direct to customers - not both.

Previously, the cost of traditional advertising had made the route to the direct market prohibitive. Only display advertising gave anything like a reasonable cost per booking but new websites provided many more opportunities.

In November 2008 the company's website was relaunched, with pioneering features such as an interactive numberplate search system and 100 user-friendly changes to improve the customer experience. 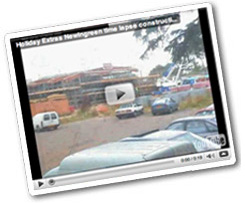 In 2005 the company, now Holiday Extras, went through a management buy out. An Employee Benefit Trust holds an effective interest of 12.7 per cent in the value of the business. The remainder is held in equal share by the Holiday Extras management team and the company's original founders, the Pack family.

With his usual knack for good timing, Gerry recognised that not only was the marketplace expanding but the company was ready for this metamorphosis: the company would be re-energised by a group of motivated shareholders and employees. Everyone would have a reason to drive the company forward.

In October 2007 it was announced that Holiday Extras had acquired BCP Limited, an airport parking operator.

Holiday Extras now operates in a wider and more diverse marketplace, with offices in Germany and new product areas that include shortbreaks. From the simplicity of the early days, high on administration, charts and mailed confirmations, the core products have multiplied and the company continues to expand into areas of demand for the leisure traveller.

The aim of the business is to offer the best. The success of the company has been built through forging relationships with agents and suppliers and through continual investment in people and new products. The team at Holiday Extras is among the top one hundred in the UK most satisfied with their jobs, their prospects and their management (See Our Awards - THE SUNDAY TIMES TOP 100 COMPANIES TO WORK FOR). 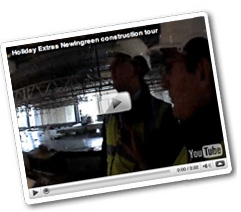 Holiday Extras campus is now located at The Wave, Newingreen, close to junction 11 on the M20 in Kent. The purpose-designed building won the Kent County Council Building Design Award for 2003/4 and the company has been given planning permission to build a 1,415 square metre extension as it continues to grow.