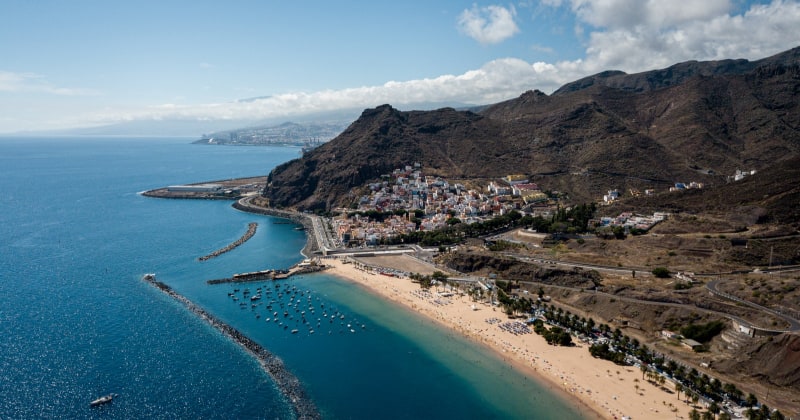 The largest and one of the most popular of the Canary Islands - Tenerife is more than just endless sunshine and beach resorts. Our team has travelled the island end to end, looking for the best attractions, hidden gems, and of course, the best beaches.

Top things to do in Tenerife

Top things to do in Tenerife

Set in the centre of Tenerife, Teide National Park is a far cry from the bustling beach resorts of the island's coast. This spectacular volcanic landscape covers an area just shy of 200 square kilometres and is home to Spain's highest peak - the active volcano of Mount Teide.

Siam Park frequently tops Trip Advisor's Travellers Choice lists. It's just outside of Costa Adeje and is easily accessible via public transport. This outdoor water park is Thai-themed and has a wide variety of slides for thrill-seekers and families.

The seas around Tenerife are on track to become a UNESCO World Heritage site, and it's easy to see why - take a boat to watch dolphins and pilot whales in their natural habitat

Founded as a parrot park and refuge, Loro Parque is now recognised as one of the best zoos in the world and the leading authority on breeding and managing parrots. 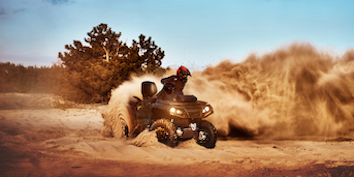 Get off the beaten track with a high-speed adventure through Tenerife's back roads on your own quad bike.

No trip to the Canaries is complete without sampling the local wine, and where better than dedicated vineyard tour?

What time is it in Tenerife?

What currency do they use in Tenerife?

What language do they speak in Tenerife?

What power adapter do you need for Tenerife?

How long is the flight to Tenerife?

What is the best month to go to Tenerife?

The busiest times to visit Tenerife are July, August and Easter, as these coincide with the school holidays. If you're willing to take your holiday outside of the summer season, you'll be able to save money. The cheapest months include March, April, May (excluding the Easter period), October and November.

If you're looking for winter sun, then December, January and February still reach a comfortable high of 15°C. For those searching for a break with a little more heat, temperatures throughout the summer season (July and August) peak at 29°C.

As a top destination among UK travellers, it's easy to find affordable flights to the island. Tenerife has two airports, North and South - with South being the bigger of the two and where you're more likely to arrive.

The easiest way to get from the airport to your hotel or resort is to book an airport transfer. Prices vary depending on how far it is to your destination and whether you choose a shared or private transfer.

Note: The prices above are accurate at the time of writing but are subject to change according to supplier availability

If you haven't booked an airport transfer, you can either grab an airport taxi or hop on a public bus. A taxi from Tenerife South to Playa de las Americas will set you back around €30 for 4 people. There are a number of bus routes which run from the airport and depending on whether you're staying in the south or need to go north, prices range from €3 to €15 per person.

There are great options for public transport in Tenerife - with buses that serve the whole island and trams that run between certain locations. Our top tip is to buy a Ten+ card - available for €10 a day or €50 for 7 days. With this you can make unlimited trips on buses and trams across the island. There's also an appyou can use which makes it even easier.

If you want real freedom though, we recommend hiring a car for your stay. They're available for as little as £11.99 a day, allowing you to go where you like, when you like, and not having to worry about crowding or waiting for public transport.

Book your Tenerife Airport transfers, with prices starting from just £3.62 and free cancellations up to 3 days before travel on a top range of shuttles, private transfers and taxis from Tenerife South Airport.

Book your Tenerife Airport car hire, with prices starting from just £11.99 per day with free cancellations*

Tenerife is a wonderful destination for families. Whether you want an all-inclusive resort holiday, or to get out exploring nature there are some great options for your family.

The most popular resorts are in the south of Tenerife - a nice short hop from the airport. Playa Las Americas, Los Cristianos and Costa Adeje are all firm favourites, with white sand beaches and some excellent family activities nearby. Each have their own quirks, so do your research before you go.

Playa las Americas is a great choice if your kids are slightly older as it has more of an energetic scene - there's water sports, karaoke and a great beach.

Los Cristianos is a bit quieter and calmer, and is really popular among families. The beach boasts plenty of activities for kids and lots of restaurants to choose from at night.

Costa Adeje is a newer resort and the best choice if you're looking for exciting days out - it's near the famous Siam Park which the whole family will love. 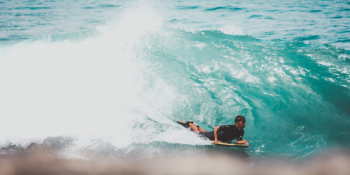 From whale watching to quad bike tours! Make the most of your trip and pre-book the top Tenerife experiences for you and your family before you fly.

Want a beach a little off the beaten track? Then check out Playa de Benijo at the northern tip of the island. It's a wild black sand beach popular with surfers. As it's in the Anaga region, we recommend heading here for sunset after a day exploring the forests.

Enjoy windsurfing or kitesurfing? Or maybe just watching other people do it while you relax on the sand? A visit to Playa el Médano is a must.

This beach is found in southern Tenerife, near the most popular resorts. Due to the wind, it's not as busy as some of the resort beaches, so it makes for a nice change of pace and a bit of quiet.

It may not be the most famous beach on Tenerife, but if you're looking for the most spectacular views and best selfie spots on the island, Los Gigantes is certainly not to be missed. Backed by magnificent cliff faces soaring to peaks of up to 800 metres, coupled with mesmerising volcanic black sand, there's nowhere quite like this unique slice of Tenerife.

Tenerife is excellent when it comes to accessibility. The island's government has made a lot of effort to make sure there are no barriers to society, and they classify areas of the island as to whether they are accessible, practicable or inaccessible.

Getting around Tenerife is easy, with fully accessible public transport - the trams in particular are set up to be accessible throughout the whole journey. There are also kneeling buses with continuous flooring and plenty of reserved spaces for wheelchairs. As always, if you prefer to get around at your own pace, then you can hire a car for your stay.

If you want to head to the beach, the number one choice is Los Cristianos as the entire 7km stretch of beach has an accessible promenade with accessible toilets and changing rooms, as well as aquatic chairs and support for getting into the water. Most of the popular beaches throughout Tenerife are accessible, so don't worry about getting bored of the same bit of sand!

Mount Tiede and the outdoor areas of Tenerife are accessible too so you won't miss out on the full Tenerife experience. At Mount Tiede, the Roque de Caramujo Path is completely accessible for wheelchair users. There are other areas that are accessible but you may require a little extra assistance.

Although Gran Canaria may be the more famous Canary Island among the LGBTQ+ community, Tenerife is equally friendly and laid back in its attitudes. There's a big nightlife scene in Playa de las Américas, so you'll find a number of bars and nightclubs to check out there. Even if a venue isn't exclusively for LGBTQ+ people, you'll find yourself welcome wherever you choose to party.

If you're heading to the beach, there's a section of the Los Cristianos that's a popular spot with gay men.But if you're just looking for a laidback place to spend time with your partner, rest assured Tenerife is an excellent choice and as laidback as the rest of Spain.

How to visit Tenerife sustainably

At Holiday Extras we think the environment is just as important as your holiday. So we've put together some tips that you can use to have a positive impact on the people you meet and places you visit on your next trip to Tenerife.

These tips have been put together with the help of our charity partner and sustainable tourism experts, the Travel Foundation.

Although using reusable materials on holiday is always best, sometimes creating rubbish is unavoidable. Fortunately, waste separation is widely practised across the island with recyclables exported for processing.

The town of Adeje alone is reported to produce around 130 tonnes of waste daily (70% of which is generated from tourism), so keep an eye out for the nearest recycling bins.

Tenerife offers so much to see and do outside of the resorts, including areas of outstanding natural beauty. And while these attractions should be on everyone's bucket list, it's worth remembering that overcrowding can negatively affect them.

That's why we recommend visiting popular destinations outside of peak hours. Not only will you be doing your part to protect them, but you may also get an opportunity to see them from a new perspective.

Tenerife has the largest number of endemic species (only found on the island) in Europe and nearly half the island is a protected natural area – including Teide. Whale and dolphin tours are popular especially in the Teno-Rasca Special Marine Conservation Area.

Make sure you choose a tour provider that's conscious of the welfare of the marine wildlife you've come to visit. Sites like Tripadvisor give information and user reviews to help you make an informed decision. Some tours even operate aboard solar-powered boats, putting that Canarian sun to work!

One of the best ways to experience Tenerife while minimising your environmental impact is on two wheels. The island has 8 road cycling trails, ranging from beginners to advanced, but less than 2% of tourists go cycling on holiday, even though bike rental is easily available in most resorts.

Spend your money on local goods and cuisine

Providing you're conscious of your environmental impact, your trip to Tenerife can greatly benefit the island and the local community. Much of Tenerife's economy relies on tourism, so it's important to consider where you spend your money. By buying locally, not only will you be doing good, but you'll often find the quality of food and goods to be much higher. 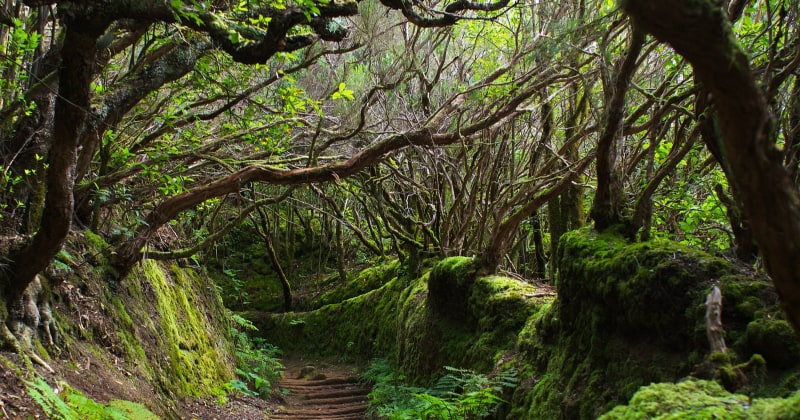