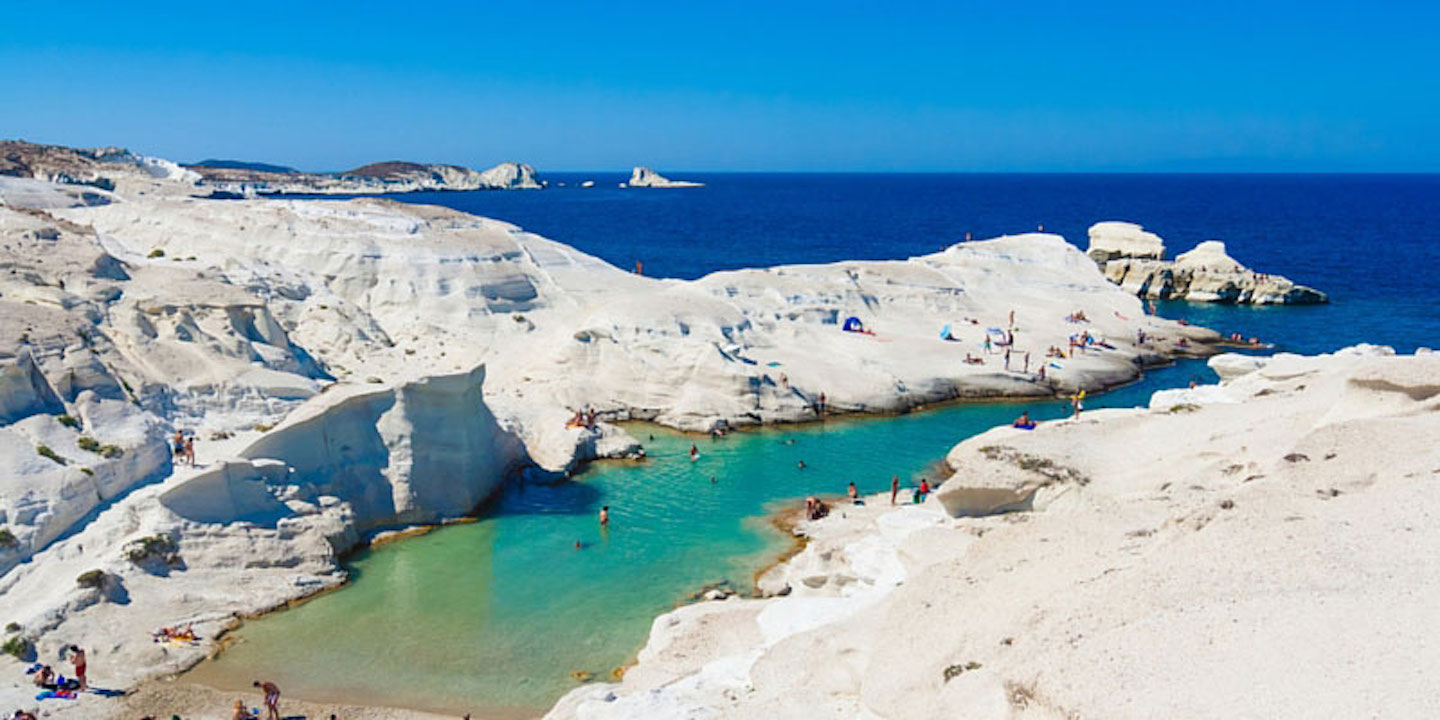 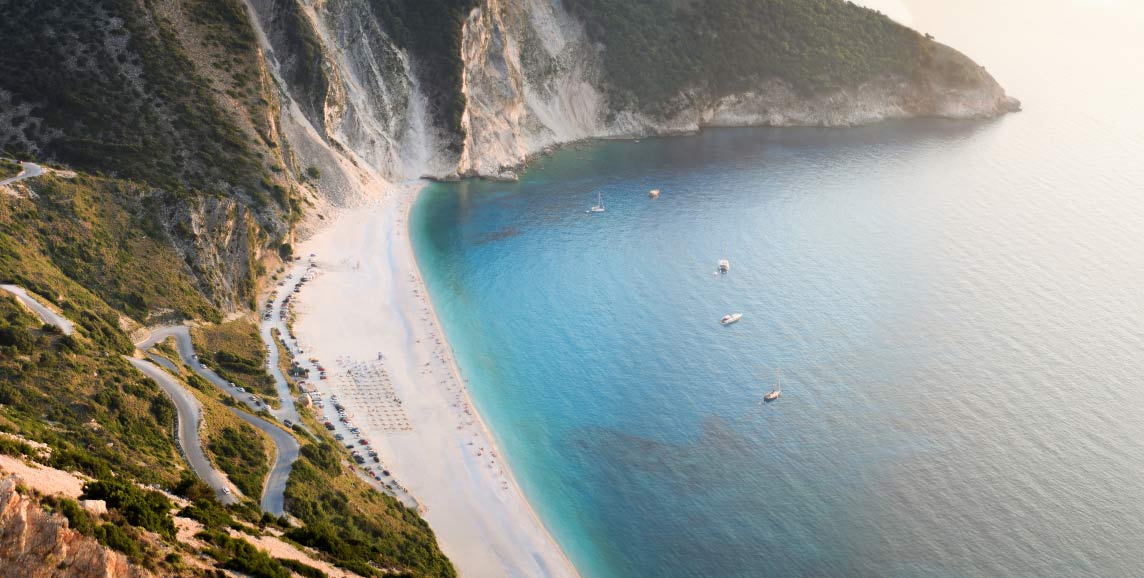 The Seven Most Beautiful Beaches in Greece

Bored of going to the same crowded UK beaches this summer? Escape to one of these beautiful Greek beaches instead. Picture white sand and crystal clear waters, plus amazing greek food to finish the day off. Here are some of our favourite beaches in the Greek Islands. 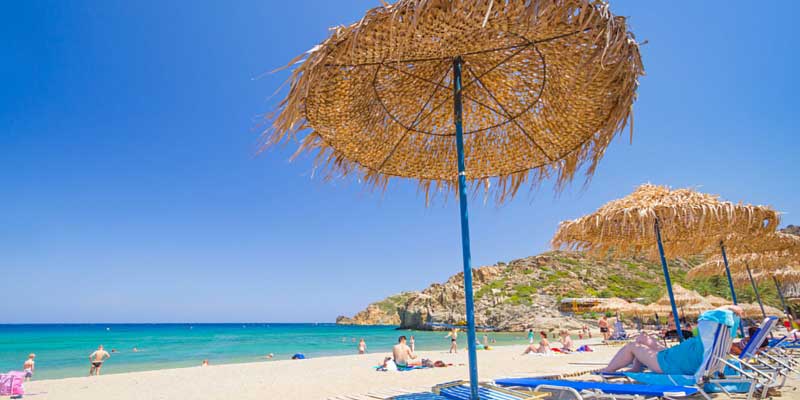 With its gently swaying palm trees and straw parasols, you could easily mistake Crete's Váï beach for the Caribbean. Váï is easily one of the best beaches in Greece and ideal for those looking for a flavour of the exotic without the long flights and high costs associated with transatlantic travel.

Váï has attracted its fair share of visitors over the years, with a long hippy tradition that's now mostly given way to sun-seeking holidaymakers. To experience the beach at its least crowded, plan a late spring or early autumn break when the weather will be warm and the sands less well-trodden. The palm grove that surrounds this beautiful beach is not only Europe's largest, but one of the oldest too – it's said to have been here for over 3,000 years. 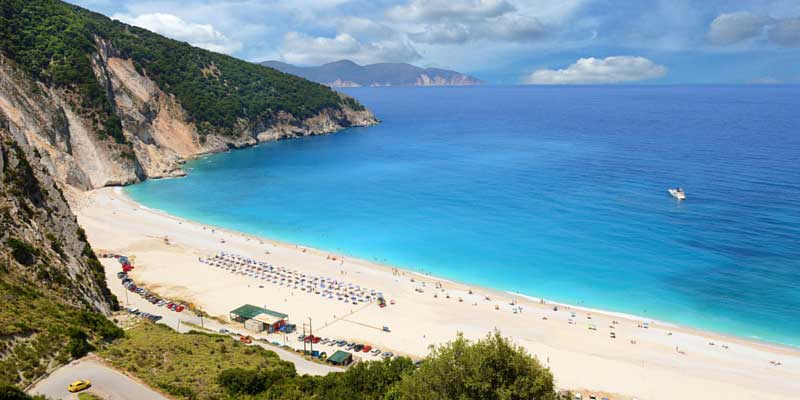 Consistently topping the polls for the best beaches in Greece, Myrtos Beach in Kefalonia enjoys a picture-perfect position on the North side of the island. Basking between the lush, green mountains of Agia Dynati and Kalon Oros, Myrtos covers all the beach bases of white sand and blue sea, with Hollywood credentials to boot – it was a key location for the film adaptation of Captain Corelli's Mandolin.

A visit to Myrtos is a must if you're spending time on Kefalonia. Be sure to take a stroll along the seafront, pop in to the many tavernas, and cool off in the inviting Ionian sea. The shelter provided by the two peaks keeps water warm and tides gentle, so as well as being absolutely stunning to look at, Myrtos is also a safe and welcoming spot for swimming. 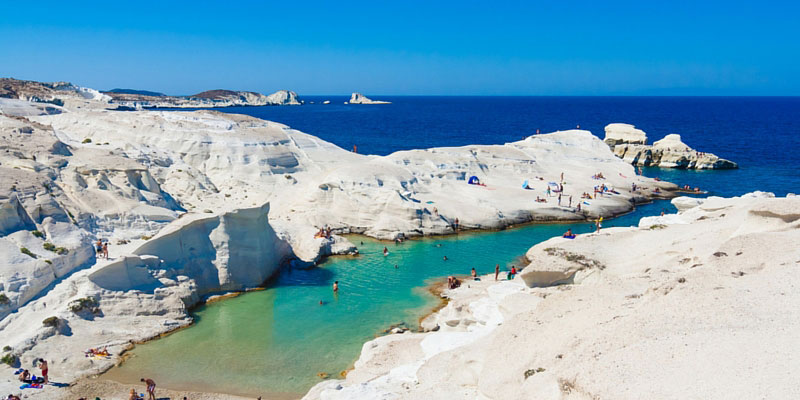 Glorious sandy beaches are ten-a-penny on the Greek islands, but Sarakiniko beach on the Cyclades island of Milos is a one-off. Its other-worldly, almost lunar landscape is simply breathtaking, and sunbathing on its snow-white rocks in the intense summer heat is a truly surreal experience. The beach owes its unusual appearance to volcanic rock that has been shaped by wind and waves over millennia, and the narrow pool that runs through the centre of the landscape is perfect for paddling. 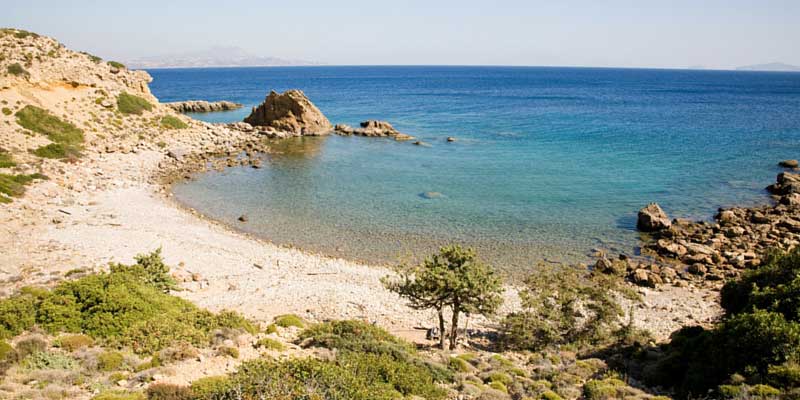 Exotic Beach, or Xerokambos, is widely considered to be the best beach on Kos, and has proven to be a big draw for sun-seeking visitors year after year. With its long stretches of golden sand, clean, well-tended facilities, cafes and beach massage huts, it's a laid-back oasis of relaxation. A sunbed will set you back roughly five euros here, so this is a great spot for settling in with a cold drink and a good book.

Naturism is tolerated in this part of Kos, so if you don't want to see your fellow travellers in the buff, Exotic Beach may not be to your tastes. 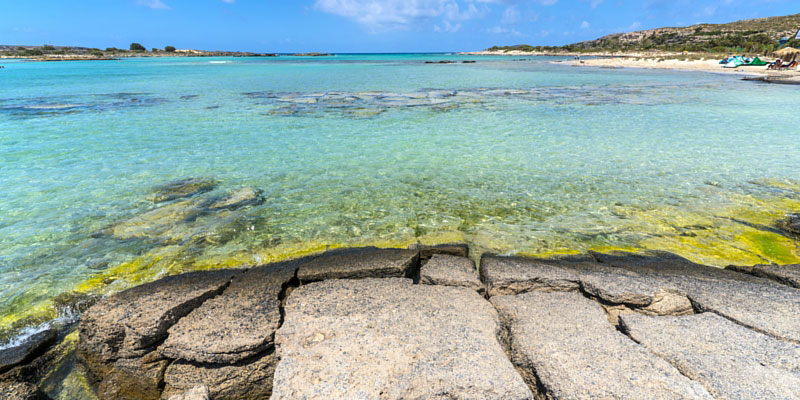 Within easy reach of the southwestern coast of Crete, Elafonissi is a small, uninhabited island composed of white rock, coral reef and astonishingly pristine white sand. The entire island is a protected nature reserve, so this is an ideal spot for nature-lovers or for anyone who likes their beaches wild and unspoiled.

Elafonissi – which means 'deer island' – is separated from Crete by a shallow lagoon that can sometimes be crossed on foot during the summer months. As is the case for so many of Greece's most glorious beach destinations it can become crowded in high season, so we recommend visiting outside of July and August to enjoy Elafonissi at its best. 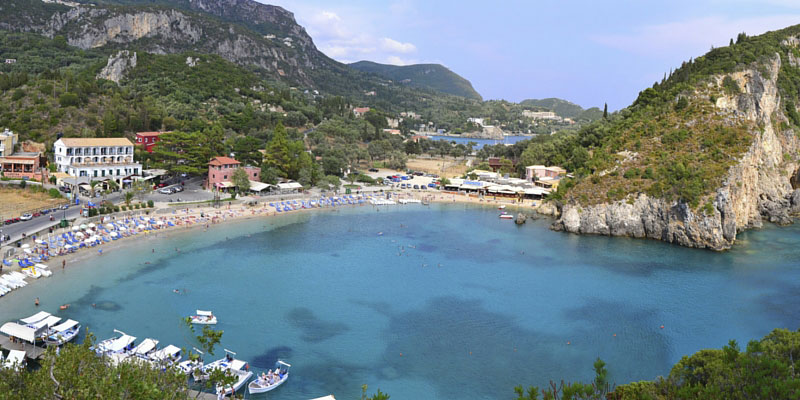 Corfu is not necessarily renowned for its beaches, many of which are pebbly. But Paleokastritsa is an exceptional spot that really shows off Corfu's coastline at its best. The beach sits at the edge of an old village considered to be one of the most beautiful on the island, surrounded by citrus orchards and verdant olive groves.

The sheltered, sandy beach is surrounded by tavernas, cafes and restaurants, which provide the perfect spot for taking in the view. But perhaps the best way to enjoy the beauty of Paleokastritsa is to take a boat trip, as you'll see everything it has to offer in one enchanting view – coves, islets, sea-caves and all. Combine a visit here with a trip to the 13th Century monastery, which offers some of the best views of the island. 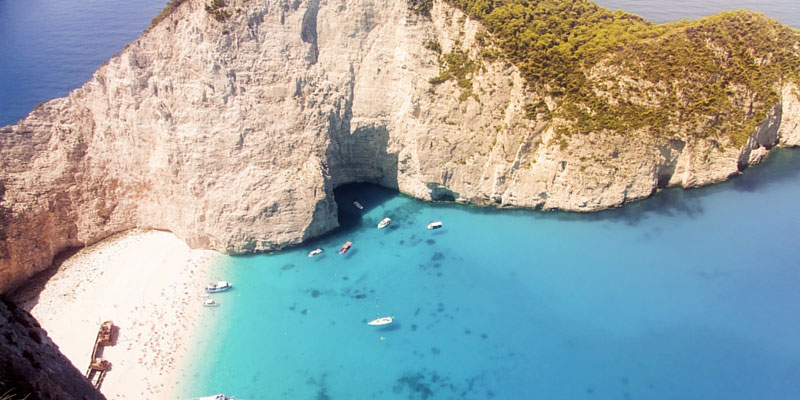 What could be more exciting and mysterious than a beach with its own shipwreck? Navagio beach on the Ionian island of Zante (Zakynthos) is considered one of the most bizarre and all-round best beaches in Greece, even though it's difficult to access and pretty small. Also known as 'Smugglers' Cove', the legendary landing place of an ill-fated Greek freighter lies to the North of the island at Porto Vromi.

If you're planning on a trip to Navagio, be sure to pack everything you're likely to need (including plenty of sun block) as there are no facilities in this secluded spot. Boats carry visitors to and from several ports across the island, including the capital Zakynthos, with frequent services available during peak tourist season. Unsurprisingly the cove gets crowded in the height of the day, so we recommend an early morning visit to see this peculiar place at its best.

Our guides to the best of the best.