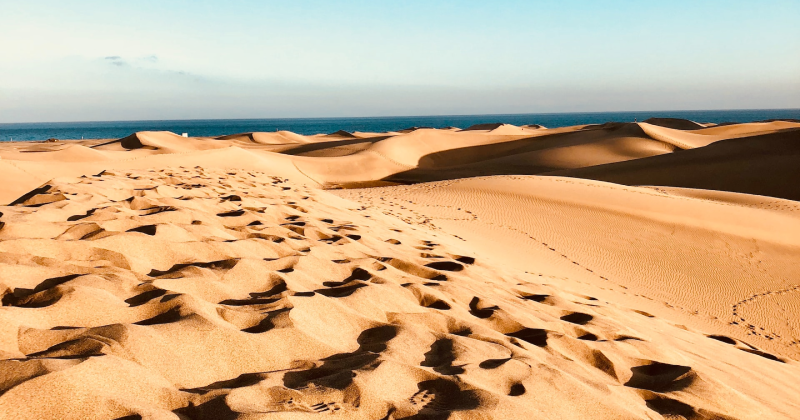 Welcome to our Gran Canaria travel guide - the best place to find out everything you need to know before you travel.

Top things to do in Gran Canaria

Getting to Gran Canaria

Where to stay in Gran Canaria

Top things to do in Gran Canaria

What time zone is Gran Canaria in?

What curreny do they use in Gran Canaria?

What language do they speak in Gran Canaria?

What power adaptors do you need for Gran Canaria?

What is the average fight time to Gran Canaria?

Do you need tip in Gran Canaria Tipping is discretionary. Restaurants always include service charges in your bill, but these will be clearly stated. A small tip of 5-10% on top of that is usually expected, but not a necessity.

Getting to Gran Canaria

A number of airlines fly direct to Gran Canaria Airport, sometimes also known as Gando Airport - these include Ryanair, British Airways and easyJet. The average flight time from London is 4 hours and 25 minutes and you can get flights quite cheap if you shop around.

Getting to your accomodation from Gran Canaria Airport

Taxi - The taxi rank at Gran Canaria airport is just outside arrivals and this is one of the quickest ways to get to your accomodation.

Taking the bus from and to Gran Canaria airport - You can take a bus from just outside departures - this will take you to all major resort towns on the island but if you're staying more off the beaten track you will likely have to change buses in Las Palmas.

Car hire - If you want to explore the island it's a good idea to hire a car for the duration of your stay - this gives you the freedom to explore at your own leisure.

Where to stay in Gran Canaria

There are plenty of resorts to choose from in Gran Canaria, and which one to pick really depends on what kind of holiday you're after.

For something on a smaller scale, pick Puerto de Mogán. A mix of green vegetation and traditional white-washed buildings by the sea, this little resort town is ideal if you're looking for a quieter, more authentic stay. Some of the best restaurants on the island are here, along with scattering of beaches.

Meloneras is one of the more up-market resorts on the island, home to a stylish seafront edged by low-rise hotels, apartments and even smart villas and bungalows. There's also a palm-fringed boulevard that follows the seafront.

One of Gran Canaria's busiest and most popular resorts and home to most of the island's best night spots. Home to the Yumbo and the Kasbah – where you'll find plenty of restaurants, bars and clubs. That's not all the resort has to offer though, with a beach that goes on for miles, literally, and plenty of attractions in and around. Including a water park and open-air cinema.

Maspalomas sits between the resorts of Playa del Ingles and Meloneras, giving it easy access to the best of both. Whether that's the tempting outdoor dining of Meloneras' boulevard, or buzzing bars and clubs of Playa del Ingles. That's not to say Maspalomas doesn't have anything of its own. With plenty of hotels, endless beaches and a mini desert, it's ideally placed for a holiday.

Puerto Rico is your typical self-contained holiday resort, and there's a reason it's so popular. Packed with hotels overlooking a vast beach, Puerto Rico also boasts plenty of restaurants and bars and two marinas. While it's popular all year, be sure to visit in winter if you want a quieter time. Or if you're looking for late nights and libations head there in summer and you won't be disappointed.

Things to do in Gran Canaria

Gran Canaria boasts the same level of diversity that all the Canaries so popular. With a combination of lofty mountains, dense forests, rolling sand dunes and historic cities, there's plenty to choose from when it comes to filling your holiday with things to do.

Gran Canaria was declared a Biosphere Reserve in 2005 by UNESCO, thanks to its diverse natural scenery and unique landscapes.

One of these is the National Dune Reserve of Maspalomas – a desert in miniature on the southernmost tip of the island. Framed on land by the resorts of Playa del Ingles, Maspalomas and Meloneras, and to the south and east by the Atlantic Ocean.

It's small enough that you can conquer the dunes by foot, but big enough to be exhausting if you don't come prepared with lots of water! If you can scale one of the higher dunes you'll be rewarded with views across the sea.

Now might be a good time to tell you that part of the dunes and nearby beaches are popular with nudists.

This incredible natural monument has been a part of the island's history since it was formed by a volcanic eruption millions of years ago. Standing somewhere between 60 and 80 metres tall, the rock is formed of solidified lava and held spiritual significance for the island's indigenous inhabitants.

It's surrounded by miles of scrubland and pine forest which extends down the mountain to the foothills below – making for some pretty stunning views.

There's also a popular hiking trail that leads right to the rock, taking you up the rugged mountainside and through rocky passes to the plateau on which the towering rock sits.

Caldera de Bandama is a vast crater formed after an explosive volcanic eruption. What would have once been barren and covered in ash, is now carpeted in greenery – boosted by the super-fertile soil.

The crater is around 200 metres deep and 1,000 meters wide. And from rim to base it's covered almost entirely with trees and plant life – some of it unique to Gran Canaria.

There are trails down into the crater, where you can see a mix of different coloured volcanic ash, as well as up to the highest point of the rim where you can take in the staggering views.

You can reach the viewpoint by road, but if you want to head down into the crater – which is also home to an abandoned farmhouse and the remains of an old vineyard – you'll need to go by foot.

Gran Canaria's capital city lies on the eastern side of the island. It's an energetic and atmospheric place where traditional Spanish culture meets North African and even Indian influences.

The old town, Vegueta, is where you can soak up some authentic Spanish and colonial architecture. It's also home to the cathedral, built in a splendid Gothic style and dating from the 16th century.

Or head to Playa la Canteras, a 2 kilometre long stretch of white sandy beach, backed by a labyrinth of streets. Go in search of boutiques and restaurants, or just roll out your towel on the sand and relax under the sun.

The Yumbo is an interesting place. Located in the resort of Playa del Ingles, this 4-storey indoor/outdoor complex is a shopping centre by day, but transforms at night into a popular hub full of bars, restaurants, nightclubs and cabarets.

There's plenty of choice here, whether you want to nail your favourite banger at a karaoke bar, dance in one of the many clubs, or catch one of the regular drag shows – Madonna and Cher are popular performers.

The drinks are very reasonably priced too.

Gran Canaria is very popular with the LGBTQ+ community, being one of the most gay-friendly destinations in the world. The Yumbo Centre in Playa del Ingles is a thriving hotspot filled with loads of gay bars and clubs. The island is also home to a wealth of gay-friendly resorts and hotels, which come in handy during the island's annual Pride festival – one of the largest in Europe. There's another one in winter too.