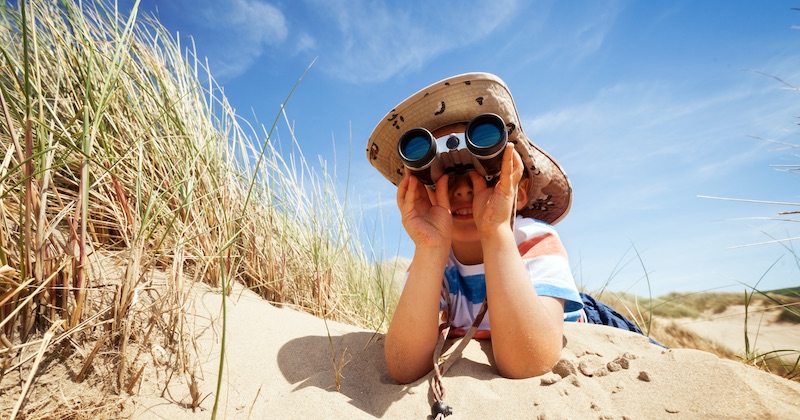 Where did everybody go?

Zadar, Tirana and the Greek islands were just some of the rising stars for UK holidaymakers in the first half of 2022.

The UK's favourite holiday destinations have changed a lot since 2019 – the last time most of us flew. Three years of travel restrictions, lockdowns and traffic-light lists have seen people change the holiday habits of a lifetime.

At Holiday Extras we analysed 1.8m trips booked with us in the six months since the start of the year to see which destinations had seen the biggest increase in popularity – the new hot places to go this summer.

People who flew in 2020 and 2021 found themselves exploring new places because their old favourites were closed. After three years without a break, travellers are splashing out on bucket list destinations, making the most of their freedom to see the world. And of course for some people the cost of living crisis means finding cheaper options, so some of the new top picks are among the cheapest destinations for a budget summer holiday.

We rounded up the top risers during the first half of this year, so if you want to go where everyone else is going (or alternatively avoid the new crowds and try somewhere different!), here's where everybody's gone.

Albania? Yes, Albania. Cheap as chips and twice as warm, the Adriatic coast of Albania is every bit as inviting as Spain, Greece or Italy. Tirana – the Albanian capital – therefore makes our list of highest risers for UK holiday destinations as canny Brits head out to explore 'Europe's last unturned stone'.

The food is great, the people friendly and Albania is also renowned as one of the safest places you can go, so you'll enjoy that very special combination of properly exotic without the danger that sometimes accompanies a big adventure.

Spain is always popular with British holidaymakers, and remains in the top spot even after all the changes of the last few years. More people fly out from the UK to Majorca and Tenerife than anywhere else – but that's always been the case, so the Canaries and the Costa del Sol are never going to make it into a highest risers list.

Enter Menorca. The quieter and smaller of the two main Balearic islands has seen a massive increase in visitors in the first half of 2022 as travellers look for an alternative to the familiar Costa del Sol and the Canaries, and also try to avoid the increasingly onerous restrictions on British tourists in some of the main Balearic resorts.

We've been to Menorca to see what goes on there – read our guide for an idea of what to expect.

Our guide to Menorca

Come with us and see how to make the most of your Menorca trip.

Another huge and beautiful Mediterranean island, it's not obvious why Sardinia hasn't been a top UK holiday destination all this time. Reliable weather, stunning scenery and 1500 miles of coastline, the interior is dotted with Bronze Age nuraghi – mysterious beehive-shaped ruins that pop up everywhere. The mountainous interior, winding alleyways of the capital Cagliari and the famous cuisine all combine to make for a great week away, no matter how you want to spend it.

Our guides to Italy

We don't have a Sardinia guide – yet – but join us as we explore the great Italian citybreaks in Rome, Pisa, Venice and Florence.

Split and Dubrovnik were also high risers in our list for the first half of the year, but it's lesser-known Zadar that's been really pulling the crowds to Croatia. Croatia comes 25th on our Good Trip Index, doing especially well on animal welfare, so it's a good choice for a responsible holiday.

Smaller and quieter than Split and Dubrovnik, Zadar has the significant benefit of new flight routes and few or no cruise ships in the harbour, so you'll be sharing the city with locals and visitors here for the duration more than day-trippers rolling off a boat to dash through the highlights in a couple of hours. That makes for a more laid-back experience while you take in everything Zadar has to offer.

There are plenty of islands in the bay to pootle around in a small boat. The old city is 3000 years old (yes, you read that correctly) and boasts a mix of well-preserved Roman, renaissance and medieval, from the Roman forum to the C9th Christian church to the Venetian arsenal overlooking the bay – all a comfortable stroll from each other. Paklenica National Park is half an hour north of the city, with astounding lakes, waterfalls, caves and canyons.

Whether you want a city break, food tour, history, nature or seaside Zadar has it all. Zadar is one of Europe's hitherto undiscovered gems, and now is a great time to visit if you want to see it while it's still relatively quiet.

A rising star city break, Girona in Catalonia is now served by direct flights from Ryanair and Jet2 so is every bit as easy to visit as Barcelona, Madrid or the ever-popular Italian city-breaks.

It has stunning medieval walls reminiscent of the Bar Walls in York, a bridge built by Gustav Eiffell just before he started work on his tower, one of the best-preserved Jewish Quarters in Western Europe, and you may well recognise both the winding streets and the striking cathedral as parts of Bravos and King's Landing from the series of Game of Thrones.

It's a convenient day trip from Barcelona, but why not do it the other way around? Fly to Girona, explore here and pop over to the capital for a day or two.

Our guides to Spain

Everything you need for a hassle-free trip to Spain.

Egypt comes dead last in our Good Trip Index, with especially poor scores for press freedom, human rights, women's right and LGBTQI+ equality, so if you're planning a responsible or sustainable holiday here it'll take more than the usual degree of planning. That said, with some care it's possible to have a Good Trip almost anywhere, so if you're happy to put the research in, we're definitely not saying "don't go".

Sharm is a beach resort on the Red Sea, reliably hot and relatively affordable. It was closed before the travel lockdowns so makes the highest risers list as travellers head back. If you want to relax on a deckchair for a week or two you can definitely do it here. If you'd like to use it as a base to explore the treasures of ancient Egypt, Luxor or Aswan are both better bets, but you can certainly head out from Sharm to see the Valley of the Kings, Sahara Desert and other highlights of southern Egypt if you're willing to spend a day getting over there.

Varadero Beach is one of the top three beaches in the world, according to Tripadvisor's latest Traveller's Choice Awards, which may well be reason enough to visit. It's a 13-mile-long peninsula with a sheltered bay to the south, spectacular sand and sea and all-inclusive resorts all the way along.

Authentic Cuba this is not – it's a seaside playground for rich tourists, and if that's what you're looking for it's what you'll get here. You're also close to Varahicacos Ecological Reserve, a nature preserve that's been protected for almost 50 years, and Havana is only a couple of hours' drive away, so you can split your time between relaxing on the near-perfect beaches and taking a look at Cuba's fascinating capital city.

Cuba comes in the middle of our Good Trip Index at 87. It's especially poor for freedoms, especially freedom of the press.

Recently reopened to visitors, Melbourne is the single fastest-growing destination on our list for the first half of 2022, knocked into third place only by the sheer number of Turkish and Greek airports in our top spots. Australia has long been a bucket list destination for Brits, and with so many of us having family and friends out there it was inevitable that as soon as it reopened we'd be out there to visit.

Australia comes 6th on our Good Trips Index – strong in almost all areas, it's especially strong on sustainability and animal welfare.

Türkiye scores poorly on the Good Trip Index, notably for freedoms and LGBTQI+ rights. Since the failed coup in 2018, President Erdogan enacted an authoritarian crackdown on dissent and personal freedoms, and while homosexuality remains technically legal this increasingly conservative, muslim country can be unwelcoming and unsafe for gay travellers.

Türkiye was a favourite in 2021 as one of the last destinations open when others closed down, and it seems we got a taste for the place because four of the top 20 highest risers are the airports along the Turkish Riviera.

Türkiye is also the best option this summer for a budget holiday. The Turkish Lire has lost nearly half its value against the pound since before the pandemic, so if you've been to Türkiye before, things will be about half the price you'll remember.

If you haven't seen Pamukkale, Fethiye or the Temple of Artemis, find out why you should.

Four Turkish airports made our top 20 highest risers in the first half of the year, all of them along the Turkish Riviera on the south coast of the country. If you've holidayed in Turkey you'll know how that works – pick a village by the sea, fly into the nearest airport, catch a transfer to your door and kick back to enjoy your holiday.

We usually recommend Fethiye – we've visited before, our friends at the Travel Foundation have a major conservation project there and it hits all the right notes for a week or two enjoying the Med.

In our top 20 fastest-rising destinations in the first half of this year are...

Greece was almost the first to reopen and last to close all through the travel lockdowns of 2020 and 2021, with a handful of the islands staying on the (now thankfully defunct) green traffic light list right to the end. Eight different islands made it into our top 20 risers, and it's easy to see why – British holidaymakers got a taste for island-hopping, white sand beaches and Greek seafood when it was the only game in town, and even now everywhere's open this summer we're heading back for more.