The things you really need to know before travelling to Dubai... 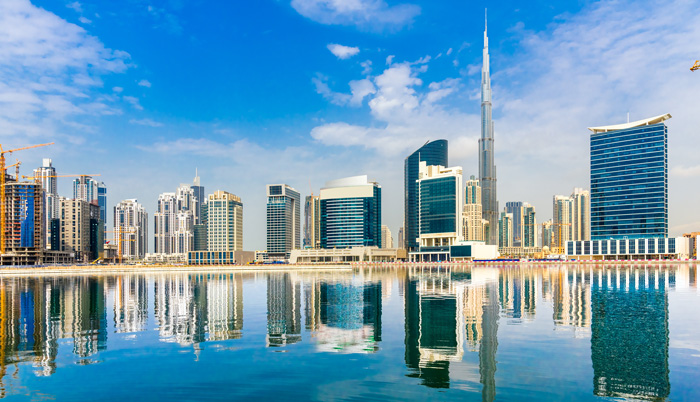 Last year, Dubai became the seventh most visited city in the world, and tourism to the city is growing fast. With its glamorous hotels, pristine beaches and unrivalled shopping, Dubai attracts millions of visitors each year -- but there are plenty of local laws and customs that you really need to know before visiting.

Dubai is part of the United Arab Emirates and Islam plays an important part in the city's culture. That means that both women and men are expected to dress modestly in public -- it's acceptable to wear a bikini or bathing suit on the beach, but not anywhere else in the city. Failing to cover up in Dubai can lead to a fine or even jail. Women should wear long trousers or skirts and tops with sleeves, and men should also wear a shirt and long trousers. It's not necessary for women to wear a headscarf unless visiting a mosque.

Alcohol is permitted in licensed venues in Dubai, including hotels. Drinking in public (outside of licensed hotels or clubs) and being intoxicated in public are both illegal; so if you do go somewhere outside your own hotel for a few jars, make sure you take a taxi directly back to your hotel to avoid arrest.

Dubai has a strict zero-tolerance policy on drugs, and some travellers have reported being arrested and jailed for possession of minute amounts of cannabis found on the soles of their shoes. Prison sentences of four years are standard for drug possession (which can include traces found in the bloodstream), and trafficking carries the death penalty. Wear clean clothes -- and shoes -- to enter and leave the country to avoid somebody else's leavings landing you in jail. Be aware that the prescription drug codeine is banned in Dubai -- don't pack it in your medical kit.

Public displays of affection are strictly forbidden -- avoid kissing, cuddling and holding hands with your partner. It is against the law live or share a hotel room with someone of the opposite sex you're not married (or closely related) to; unmarried couples might want to consider booking separate rooms. Couples engaging in sex outside marriage in Dubai run the risk of imprisonment or deportation.

Homosexual relationships are illegal in Dubai; if you're visiting with your partner, observe the same etiquette as above and refrain from kissing in public.

Other laws and customs

Eating and drinking (even non-alcoholic drinks) in public in daylight hours during Ramadan is forbidden; check when Ramadan falls before you travel, and stick to hotel restaurants for lunch. Swearing and rude gestures in public can also land you in trouble with the police -- avoid using either.

Dubai has a hot and humid climate, and temperatures reach over 40C in the summer months -- it's best to visit between November and March when the weather is a more pleasant 25-30C. Check your hotel has air-conditioning if you wilt in the heat. Take plenty of sunscreen and a wide-brimmed hat whenever you go, and avoid venturing out in the midday heat.