One in five British travellers would like to see a complete ban on drones, according to research released today. 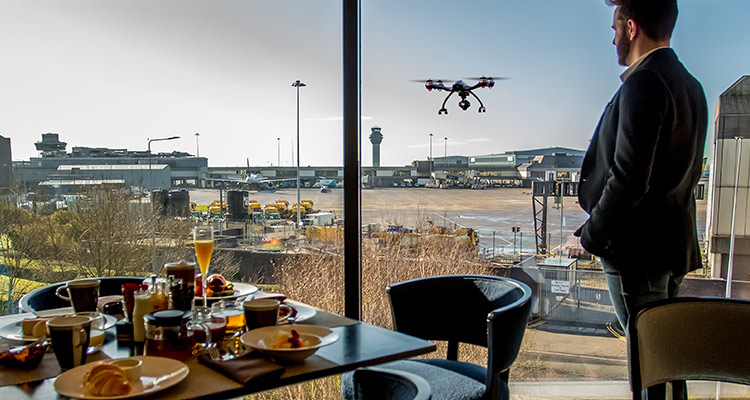 The news follows a rise in drone-related travel disruption across the globe, with flights recently grounded at Heathrow and Dubai Airports.

The survey*, conducted by Holiday Extras, also revealed that only 15 per cent of respondents thought that the measures currently in place to stop drones disrupting airports were adequate.

In response to the findings, Holiday Extras is proposing a ban on the sale of drones over 250g to any non-commercial operator who hasn't passed, in person, a suitable drone theory test.

According to the market-leading holiday add-ons provider, a limit of 250g for the immediate purchase of a drone would mean children and hobbyists who just want to play with a toy drone would still be able to. Larger unmanned aircrafts, that require responsible handling and have the serious potential to cause airport disruptions and significant personal injury, however, would be limited only to those with a proven theory-test pass prior to obtaining their machine.

"Many of our customers have expressed concern about the growing number of drone-related disruptions and some have experienced it personally. As a result, and given our commitment to taking the hassle out of travel, we were keen to combine our experience and research to explore potential solutions for this issue for future flyers.

"The measures we're suggesting would create a barrier to entry. They would prevent a person from making a snap, impulse purchase and ensure they really think about owning a drone and what that entails. Restricting the initial sale of the drone until the in-person drone theory test is completed would help to reduce the cases of impulse buying or even rushing to get it in the air without due care and attention."

Holiday Extras employs a number of qualified drone pilots, licensed by the CAA to fly the company's camera drones which are used to film the airport hotels and car parks it offers, as well as film guides to popular holiday destinations.

Established in 1983, Holiday Extras makes bookings for over 7 million travellers each year. The company has been listed eleven times in The Sunday Times 100 Best Companies to Work For.

The Holiday Extras booking app is available to download now via a link at: HolidayExtras.com.