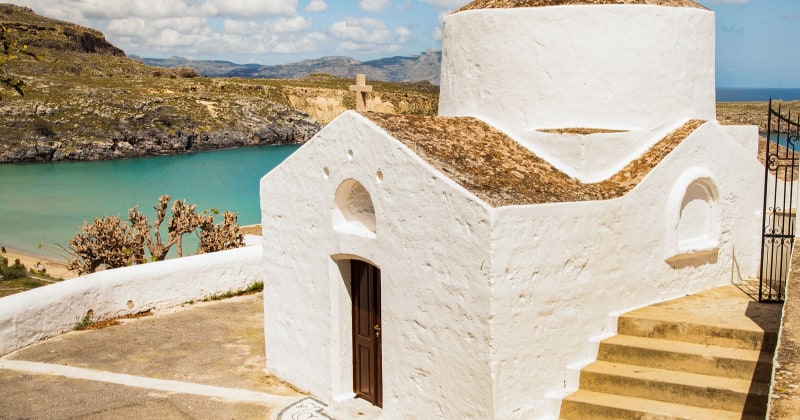 Yassou and welcome to our Rhodes Travel Guide - the only place to find out everything you need to know before you travel to this stunning Greek island.

When it comes to travelling in Rhodes, rest assured that we've been there, done that and eaten our body weight in halloumi along the way. Now we're back, we're ready to share everything we learnt from our travels throughout Greece, including the vital stuff about food, money, and transport - plus a whole lot more about things to do in Rhodes.

Top Things To Do

Best activites to do in Rhodes

What time zone is Rhodes in?

What currency do they use in Rhodes?

What language do they speak in Rhodes?

What power adapter do you need for Rhodes?

Some facts about Rhodes

Rhodes (or as the locals say, 'Ro-dos'), is the fourth largest Greek island in the Aegean Sea and the capital of the Dodecanese islands. Like much of Greece, it has a long and decadent history - once being the home of the Colossus of Rhodes, one of the Seven Wonders of the Ancient World. Today, the island prides itself on having one of the most well-preserved medieval settlements in the world, as well plenty of beach resorts.

For any adventurous history buffs, Rhodes' old town to the north of the island is an absolute must. Expect to find a moat, stone walls and winding cobbled streets, overlooked by The Palace of the Grand Master, an imposing castle that stands tall at the highest point of the town.

If you're looking for a more relaxing trip, then the south of the island is definitely the place for you. Internationally renowned for its natural beauty, a drive around southern Rhodes will see you witness everything from valleys to beaches, picturesque villages and, admittedly, a whole lot of Capra aegagrus hircus (also known as goats!).

With a wealth of history to absorb, outstanding natural beauty and of course, 300 days of sunshine per year, it's no surprise this island has become a hotspot for holidaymakers from around the world. High season runs from April to the end of October, so if you're looking to beat the queues, we recommend visiting in late autumn or early spring.

Now you've got a good idea of just some of the things to see and do in Rhodes, it's good to know how you make the most of your money while you're out there. The island's currency is the euro and at the time of our trip, £1 bought about €1.13. For up to date exchange rates, visit xe.com or download their app.

Tipping isn't seen as a necessity but if you feel you've had good service then it's always nice to leave some change at the end. In the more touristy areas you might find a 10% service charge added to your food bills, so double check first before emptying your pockets.

English is widely spoken across the island, but that's no reason not to learn a bit of lingo before you go, plus the locals really appreciate tourists making the effort. To help with some useful Greek phrases we met with local tour guide Dimitri for a quick tutorial.

Pre-book your Rhodes Airport transfers with prices starting from under £5 with FREE cancellations up to 3 days before departure.

Pre-book your Rhodes Airport car hire, with prices starting from just £9.65 per day with FREE cancellations*

Rhodes' sole airport is Diagoras, which sits around nine miles southwest of the main town on the west coast. Fortunately, getting into the main town from the airport is straightforward, and to help you start your holiday right, here are your best options for getting out of the airport:

Once you've found your hotel, dropped off your bags and perhaps sampled a snifter of ouzo, it's time to take a look at the best ways to get around Rhodes.

Although exploring the main town on foot is a great way to spend an afternoon, the island itself is huge and it would get quite tiring. With that being said, do make sure to take the time to explore the island's highlights at your own pace, particularly the old town.

We think using public transport is a great way to authentically experience a new destination, and taking the bus is definitely the best option to do this in Rhodes. Here's a little bit of info on the Rhodian bus service to help you travel like a pro:

The island's bus service is split between two companies: KTEL operates down the east coast to southern Rhodes, whereas RODA covers the west of the island. Both operate frequent departures that will ferry you to all of Rhodes' top attractions, including the old town and Anthony Quinn Bay.

If you really want to travel in style, then book a hire car with Holiday Extras before you go. By taking to the road yourself, you can make the most of your free time on holiday and pack in as much as possible. Just be aware that you must be 21 or older to hire a car, you drive on the right-hand side and the island's maximum speed limit is 50mph - perfect for taking in the scenery as you're cruising along.

Top things to do

With incredible history and architecture to be explored, make the most of your next trip and pre-book exciting activities and top things to do in Rhodes before you fly.

Let's take a look at a few of our favourite things to do in Rhodes below. 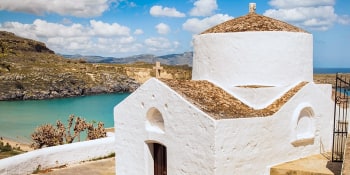 Lindos is a small village overlooking the sea on the east coast of the island. The white square houses, that look a bit like stacks of sugar cubes nestled on the hillside, date back to medieval times and most remain in near pristine condition. It's a lovely place to spend a day wandering round the gift shops and stopping for lunch at one of the rooftop restaurants with views across the village. If you're here, then it's definitely worth walking up the large rock that overlooks the buildings to witness the incredible acropolis site, home to the famous temple of Athena. The trek might be a bit steep, but it's absolute bucket list material and a must do if you're in Lindos. 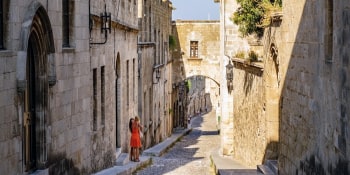 Spending a day in the old town will leave you feeling like you've gone back to medieval times. It's the oldest inhabited medieval town in Europe and you can easily spend a couple of hours here wandering around this walled city, getting lost amongst the winding cobbled streets... and yes do expect to get a bit lost! Some of the streets don't have names but as it's walled you can never stray too far off course. We recommend downloading Google Maps before you go, to make sure you find the famous Street of the Knights that runs from the Hospital of the Knights up to The Palace of the Grand Masters. 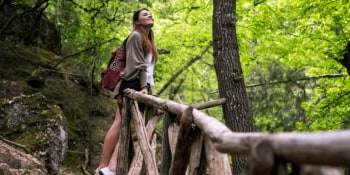 The Petaloúdes (butterflies) Valley is one of the island's top beauty spots, and if there was ever a place worth visiting purely for the perfect Instagram snap, this is it. The drive to Petaloúdes is an adventure itself, as you pass through rolling green hills and winding roads. The valley is best known for the thousands of butterflies that set up camp here in the summer, however it's just as beautiful to visit off season too, which is what we did. What's more, it's very tourist friendly; there's a cafe, path and bridges built for people to walk through, all set to the backdrop of babbling brooks and cascading waterfalls. Plus the oriental Sweetgum trees that grow in this area make the place smell incredible!

Some activites to do in Rhodes If you're looking to indulge in some water sports, then look no further than Rhodes. The Aegean Sea surrounding the island is a relatively calm body of water, making it perfect for kayaking, which we think is great way to see the island from a different perspective and away from the hustle and bustle. We rented a kayak from Lindos beach, but there are plenty of water sports companies throughout Rhodes so we recommend shopping around for a provider that suits you best. Rhodes old town is rich in history so having an expert to talk you through everything you are witnessing is so worth it. We booked a walking tour with Rhodes Private Tours and were shown around the old town and the port. Our tour guide Dimitri was so passionate about the island and it was fascinating to hear his insider knowledge.

No visit to Rhodes would be complete without a trip to the beach. In 2017 Greece ranked second in the world for the quality of its beaches on the Blue Flag scheme and there are plenty to choose from. There's sandy, pebbled, secluded and touristy, so something for everyone. But our favourite beach on the island has to be Anthony Quinn Bay.

With crystal clear, emerald waters and lush green vegetation, Anthony Quinn Bay is one of the most beautiful beaches on Rhodes. Quinn, famous for playing the part of Zorba the Greek, fell in love with the area while filming The Guns of Navarone, the film that help put Rhodes on the map. In recognition of his contribution to modern Rhodian culture, he was gifted the bay and went on to purchase the surrounding land with the aim to create an international centre for artists and filmmakers. The purchase was later annulled by the state, but for beachgoers and film fans alike, this is a pilgrimage worth taking. We're not exaggerating when we say a trip to Greece is worth it for the food alone, it's just that good. Finding a taverna serving locally sourced mezze dishes is a must on any Greek island, and in Rhodes we did just that. We recommend heading to Syrtaki for some of the most delicious, authentic food found anywhere in the country.