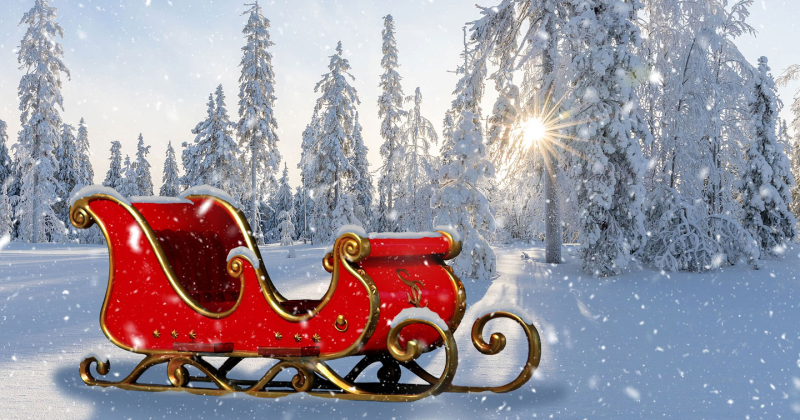 You might not be able to get to the actual North Pole on your standard package holiday but our guide may be the next best thing. Pack your ice skates and bobble hat and dream up a magical winter break.

Top things to do in the North Pole

Facts about the North Pole

Weather in the North Pole

Getting around the North Pole

Where to stay in the North Pole

Top things to do in the North Pole

What time zone is the North Pole in?

What curreny do they use in the North Pole?

What language do they speak in the North Pole?

What is the average fight time to the North Pole?

Some facts about the North Pole

Tucked away in the northernmost (obviously) reaches of the actual planet is the North Pole. And it's the home of the non-fictional, immortal, historical and magical figure we all know as Santa Claus. And his tribe of diminutive elves that do all the hard work.

The North Pole is actually in the middle of the Arctic Ocean, so how exactly Santa manages to keep his home there is a bit of a mystery. Up there with how he delivers presents to the world's children in one night and how he fits so much in his sack.

In winter it gets to around -40ºC and in summer it hovers at about 0ºC. So don't forget to pack your big coat. Expect plenty of snow and blizzards, but also some absolutely stunning natural phenomena.

The Northern Lights are very common in winter and the polar night, where the sun just doesn't rise, accentuates their ethereal beauty. In summer you have the opposite – the midnight sun – when the sun hovers above the horizon without setting, illuminating the ice floes and snow drifts with an eerie twilight glow.

Getting around the North Pole

The best way to get around is by reindeer obviously but if you don't have access to those we can recommend dog sledding or snowmobiling as suitable alternatives.

Best Places to stay in the North Pole

Since the actual North Pole is in the middle of the sea the chances are you won't be able to find anywhere to stay. But it is possible to spend a magical winter break north of or near to the Arctic Circle – which is as close as you can get.

Svalbard is a cluster of Norwegian islands between mainland Norway and the North Pole. It's one of the northernmost inhabited areas of the planet and its remoteness makes it perfect for a real adventure.

It's home to a wealth of wintry wildlife including reindeer, Arctic foxes and polar bears. If you're lucky you may spot one roaming freely across the tundra or even down the street!

Longyearbyen is the main town and the best place to stay while you go out on adventures hiking through the mountains, racing across the snow on a snowmobile and exploring mysterious caves beneath the ice all with a good conscience. Norway has given Svalbard the Sustainable Destination label so you know your trip can have the smallest impact possible.

In the far northern reaches of Finland, this snow-covered town is growing increasingly popular with winter sports enthusiasts - especially now that you can fly there directly with TUI.

Finland's largest ski resort is here and about a million tourists visit each year, so pack your skis and pray for a huge dump – you won't be piste off.

If you want a more chill vibe that's cool too. You can bring the kids to a Christmas village to meet Santa, the real Santa, as well as his reindeer.

We thought this hotel warranted its own section because it's literally a hotel built from ice.

Every year when winter arrives, the hotel is built from blocks of ice hewn from the frozen River Torne. And then every spring it melts away until winter rolls around again.

Don't worry though, as there's also a year-round version of the hotel where you can enjoy the same experience of sleeping in -8ºC temperatures on a bed made from massive ice cubes under cosy reindeer hides – without worrying about it melting on top of you.

There are also more traditional hotel rooms and chalets here if you want to make the most of the area but aren't warming to the idea of sleeping in freezing temperatures.

They don't call it Iceland for nothing.

Try an adventure of a different kind. Iceland is a volcanic hotspot full of bubbling hot springs, barren lava fields, beaches of black sand, and their very own sub-species of elves.

A stay in Reykjavik is your springboard for exploring all this dramatic island has to offer, whether you want to relax with a dunk in the geothermally heated Blue Lagoon, tasting some of the delightful local delicacies, or even snorkelling in the frigid North Atlantic.

What happens to elves when they are naughty?


Santa gives them the Sack.

How much did Santa pay for his sleigh?


Nothing - it was on the house.

What did the snowman say to the aggressive carrot?


Get out of my face.

What do you get if Santa goes down the chimney when a fire is lit?

Why are Christmas trees so bad at sewing?


They are always dropping their needles.

Who is a Christmas tree's favorite singer?