Some of Great Britain's most historic and dramatic locations took starring roles in the eight Harry Potter films. Following in the footsteps of Harry Potter and his friends at Hogwarts School of Witchcraft and Wizardry, thousands of Muggles visit them every year. If you're thinking about taking the little ones on a magical escape, make sure you apparate over to our UK school holidays page. 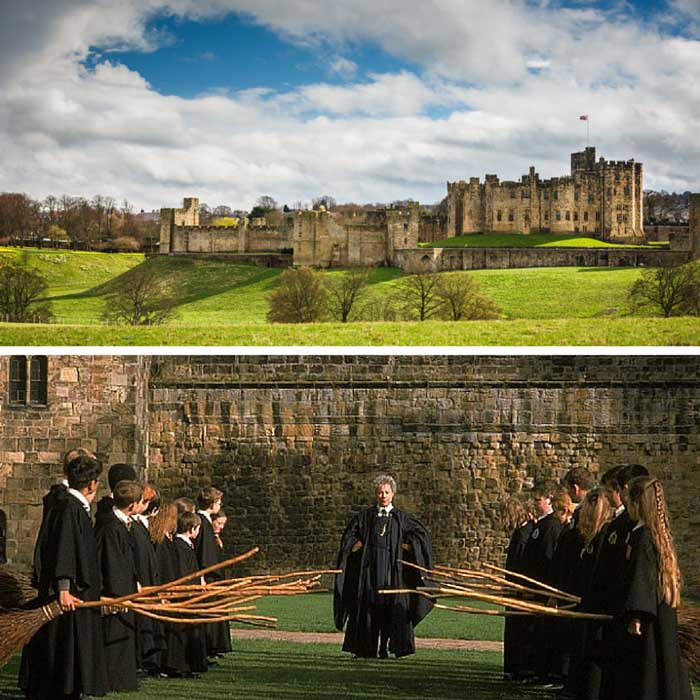 Home to the Percy family for more than 700 years (12 Dukes of Northumberland and their families so far), this is your classic English castle. Alnwick Castle is a popular film location, having featured in a Downton Abbey Christmas special and the movies Elizabeth and Robin Hood: Prince of Thieves among others. One of the largest occupied castles in the country, it was a suitably dramatic and opulent Hogwarts in the first two Harry Potter films, where our favourite little wizard had his first broomstick flying lesson with Madame Hooch. They run regular broomstick training and other related Potter events here. 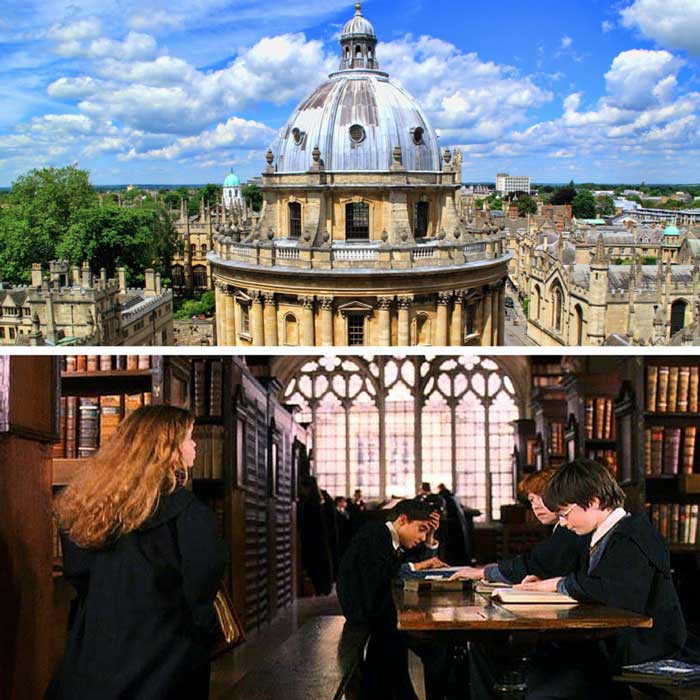 Amongst Oxford's many hallowed halls you will find the revered Bodleian Library, stuffed to the rafters with books and scholars since the Middle Ages. For the Philosopher's Stone, Chamber of Secrets and Goblet of Fire movies, Duke Humfrey's Library became the library at Hogwarts' and the Divinity School was transformed into the infirmary. You will also recognise the Bodleian from X-Men 4, The Golden Compass, Inspector Morse and numerous other TV series. 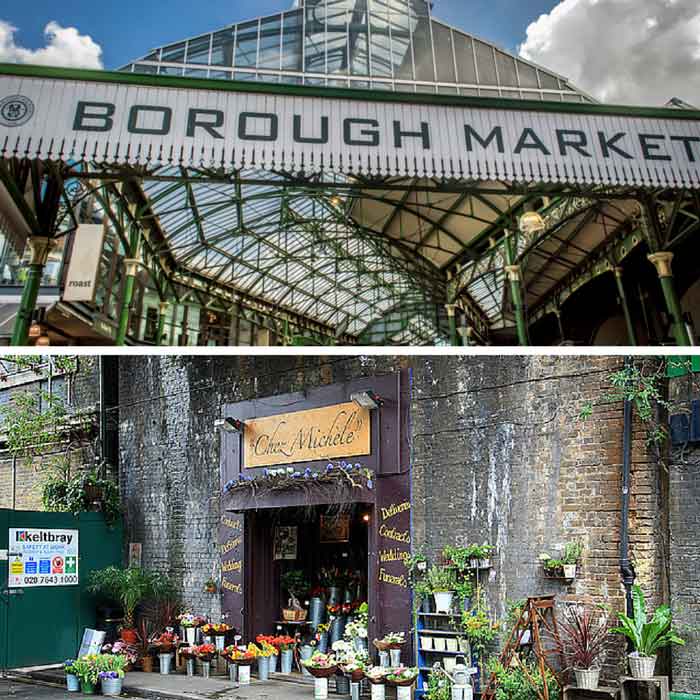 A hipster foodie heaven these days, Borough Market (close to London Bridge station) has been trading in quality British and international produce since the 13th century. In the Potter movies, two different real-life locations were used for the exterior shots of the Leaky Cauldron pub on Diagon Alley (shown above), Borough Market the setting for one scene in the Prisoner of Azkaban film. 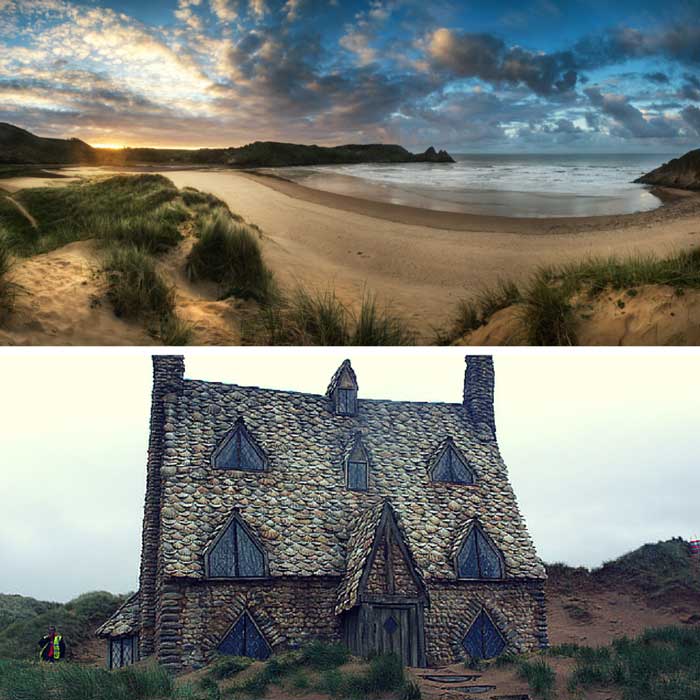 One of Wales' best surfing beaches and its stunning expanse of thrashing ocean, sands and dunes formed the backdrop for Shell Cottage in the two Deathly Hallows movies. Although faithfully recreated at the foot of the dunes, sadly for Potter fans it was removed when filming ended. Freshwater West can also be seen in the Russell Crowe film, Robin Hood. 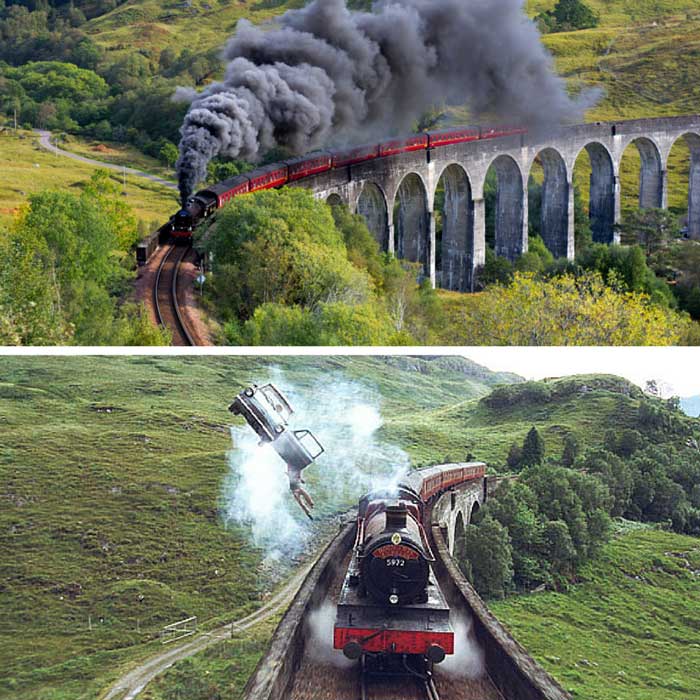 A breathtaking landscape of mountains, rivers and waterfalls, the Glencoe and Fort William area of the Highlands is one of Scotland's most famous and romantic. For the Harry Potter films, it provided the perfect setting for Hogwarts, appearing in the Chamber of Secrets, Prisoner of Azkaban, Goblet of Fire and the Half Blood Prince. To feel the magic, take the Jacobite Steam Train (also known as the Hogwart's Express) across Glenfinnan Viaduct in the shadow of Ben Nevis.

Leadenhall Market, the Millennium Bridge, King's Cross and St. Pancras stations, the Reptile House at London Zoo, Durham and Gloucester cathedrals and Leavesden Film Studios are some of the many other classic British spots used to recreate the enchanting world of Harry, Hermione, Ron and the gang.

10 Delicacies You'd Be Brave To Try.

Trying new, authentic foods from around the world is a great way to immerse yourself in new cultures and customs, but maybe this list is stretching it too far.

10 Signs You're Ready For A Holiday.

It's that time of year again - and everyone's rushing out to grab a great last-minute holiday deal. 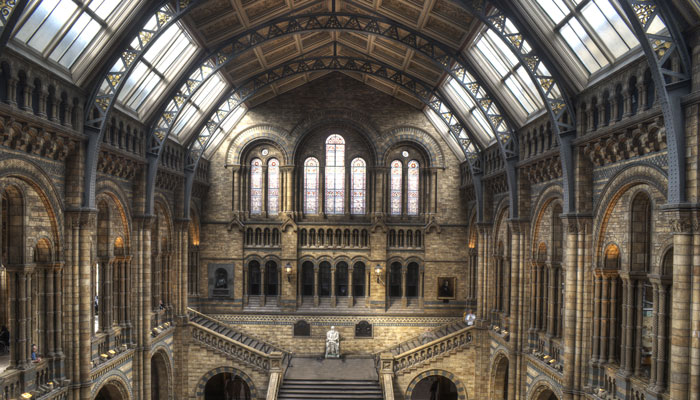 15 Free Things to Do in London.

Looking for free things to do in London? We've put together 15 of the best London activities that won't break the budget.

8 Signs You Grew Up In Great Britain.

For those of us that grew up in the UK, these things will ring true.