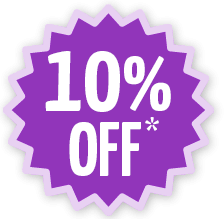 Welcome to the club.

We'll keep you up-to-date with all our amazing deals on airport parking, airport hotels and more - so whatever it is you need, you'll never miss out. We treat your privacy very seriously! *Please refer to email for Terms and Conditions.

For tailored results about your flight from Luton, enter your departure date:

Let us help you find your flight and we can provide you with flight status, weather, airport services, destination guides, holiday checklist, baggage allowance, hand luggage sizes, airport & airline news and much more.

Everything you need to know about Luton airport

Luton is one of the UK's busiest airports, with flights to nearly 100 destinations worldwide, including Africa and Asia. The airport helped to pioneer low-cost air travel in Europe when it became easyJet's first UK base in 1995.

Getting to Luton airport 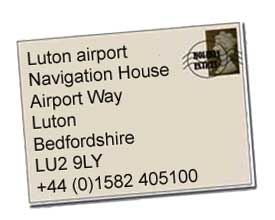 Luton airport is 32 miles from central London and is near the M1 and the M25. The best way to get there is to take the M1, leave at junction 10 and follow signs for the airport. If you are coming from the east or the A1, take the A505 through Hitchin.
For full directions, visit our directions page. If you are using a sat nav, you should use the postcode LU2 9QT. 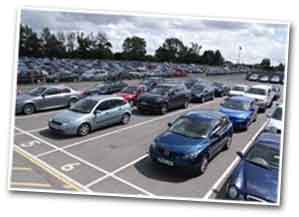 Airport parking can be horribly expensive if you don't sort it out in advance. Book with us and we can save you up to 60 per cent.
We offer a variety of parking packages at Luton, including on-airport parking, off-airport parking and a Meet and Greet service. Visit our Luton airport parking page to see which option would suit you best.

Luton airport by rail and coach 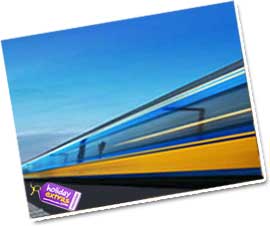 Trains to Luton Airport Parkway station from central London take about 25 minutes, and the shuttle bus to the terminal takes about five minutes.
We offer discounted rail tickets to and from Luton airport, including free travel for kids. We offer special rates on National Express coach travel to and from the airport if you book an airport hotel with us. Visit our Luton airport by rail and Luton airport by coach pages. 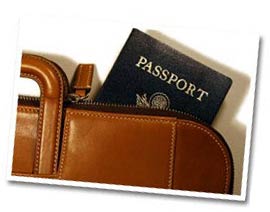 For more information about airport security and luggage restrictions, including hand luggage allowance and liquids, visit our Luton airport baggage and security page.