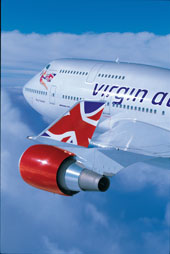 In celebration of flying to the Caribbean for ten years, Virgin Atlantic is set to host a ten-day music festival in Barbados featuring performances from UK bands in various locations on the island.

Caribbean destinations were first added to the Virgin Atlantic schedule in September 1998, with Barbados, St Lucia and Antigua among the first locations to be made available from London Gatwick. The subsequent decade has seen its programme of flights expand to include such destinations as Havana, Grenada, Kingston and more.

Steve Ridgway, chief executive of Virgin Atlantic, said: "Since we started flying to the Caribbean in 1998, we have carried over four million British holidaymakers who love the combined appeal of the beautiful beaches and year-round sunshine the Caribbean has to offer.

"The Caribbean is an important market for us and we are now the biggest operator to the region having added more Caribbean destinations, flying from Gatwick and Manchester to eight destinations on seven islands."

Virgin Atlantic's music festival is scheduled to begin on October 30.