Where the rewards far outweigh the dangers.

The Sahara. More than nine million square kilometres of desert, with a hostile climate, ever-present security risks and some of the world's deadliest animal predators. This partly barren landscape covers almost the same area as China or the United States - yet few tourists have set foot on its hot sands. Do you dare to take on this formidable opponent? 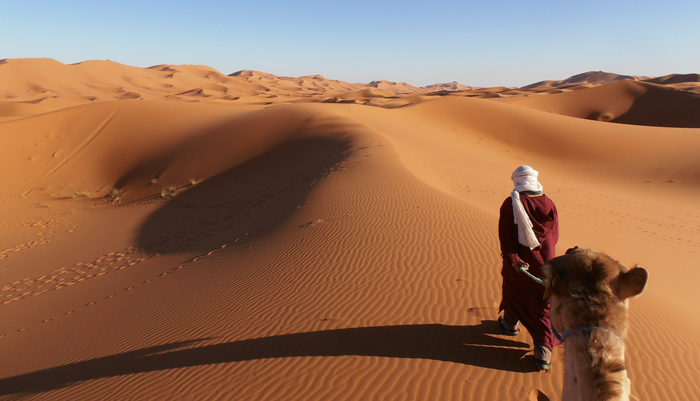 Few destinations hold the same mysterious allure as the Sahara, the largest and best known desert in the world. Most of us will only ever get to know it in the pages of an Atlas or geography textbook, but the real-life African expanse is one to experience first hand if you have a taste for the remote and adventure in your blood.

While crossing the Sahara is undoubtedly one wild journey, the experience is aided by the Trans-Sahara Highway: the most basic of roads, but a road nonetheless, that paves the way from the North African coast down to Sub-Saharan Africa. Follow its path from Algeria to Lagos, and you'll be tracking an ancient trade route that dates back to prehistoric times, and is now considered to be one of the world's most extreme road trips. Camel or 4WD is pretty much your only transport option on a trip to the Sahara: there are no trains.

When to Take on the Sahara 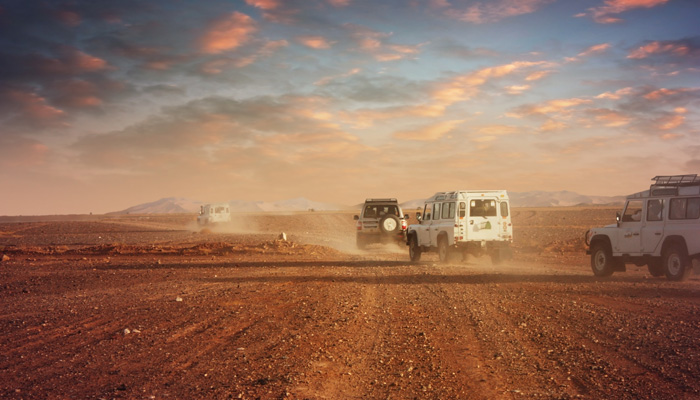 The Sahara has one of the harshest climates in the world, so the only time to seriously contemplate a long journey here is during the cooler period from November to February, when temperatures are still in the low-to-mid twenties. But it's not just heat you'll have to contend with: the desert is subject to extreme wind patterns, the most notorious of which is the sirocco: a mediterranean wind so strong that it can cause abrasions in metal objects when it stirs up the dust. Whenever you decide to visit, it's crucial that you drink enough water, and plan hydration into your day as a matter of priority to avoid the risk of heat-stroke or dehydration.

Weather is not the only barrier to travel in certain Saharan regions, of course: security is a very real concern, and there are several areas that are off-limits to tourists at present. The 'forbidden Sahara' is subject to change, so you will need to research the changing political landscape whenever you plan your visit. The best place to look is the government's foreign travel advice page: this gives clear instructions on where you are advised not to travel during times of instability. As a rule, borders pose the biggest problem as there are many live territory disputes within the Sahara. This has resulted in certain zones being designated 'no man's land' with a substantial risk of landmines in some of them.

See the Sahara in Style 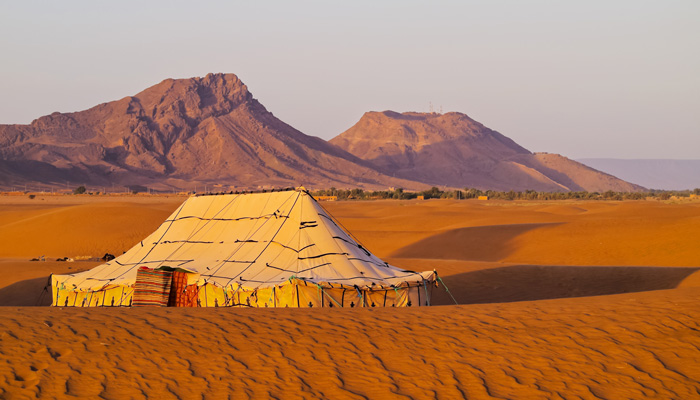 The safety and comfort of a vehicle is usually desirable in any Saharan adventure, but you should never underestimate the robust strength of the 'ship of the desert'. Camels have been the primary mode of transport in this area since time immemorial, and continue to be central to desert life. Making the entire journey by camel takes months, and few tourists have succeeded, but this fascinating account shows how one British traveller took on the Sahara in the company of a camel-back caravan.

If you don't have time in your schedule for an epic expedition but want to see the best of what the Sahara has to offer, take a trip to Tunisia in December when the Festival of the Sahara - a celebration of nomadic culture - takes place. Expect to see camel races, military displays and an influx of colourful bedouin tents popping up around the town of Douz, which acts as a gateway to the vast desert.

With a host of dangerous and unfamiliar situations lurking en route, crossing the Sahara is only for the intrepid traveller. But the rippling dunes, dramatic sunsets and sheer sense of wonder at being in one of earth's most remote locations makes the experience unforgettable.