It's home to some of the world's best-loved and most iconic travel destinations including Marrakech, Fez, Casablanca and Tangier. But is Morocco safe? We take a look at the implications of visiting the North African holiday spot in the current, elevated security climate. 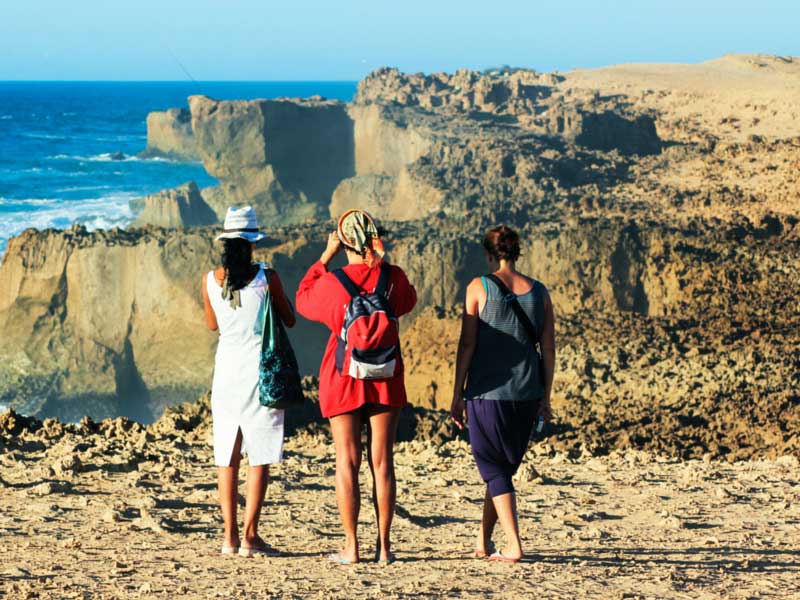 What is the current situation in Morocco?

Around half a million British tourists visit Morocco every year, and the vast majority of these trips are entirely trouble-free. In fact, Marrakech was recently voted as the no.1 holiday destination by British travellers on TripAdvisor in their Travellers' Choice awards, and it continues to be a firm favourite for those seeking winter sun.

But in September last year, the foreign office updated its standard advice to those planning a trip to this part of North Africa, setting the threat level at 'high', and urging vigilance in the face of an increased terror threat reported by the Moroccan authorities. The move has led some tourists to question whether or not a trip to Morocco is safe, particularly while news of the fatal shooting in neighbouring Tunisia is still fresh in our minds.

Why has the threat level changed in Morocco?

The precaution is largely due to a belief that a growing number of Moroccans may sympathise with international terrorist groups in Syria, Libya or Iraq. If an incident were to take place, there have been warnings that attacks could be indiscriminate, and that places frequented by foreigners could be targeted. To address these concerns, visitors should expect a more visible security presence in many resorts and other popular tourist spots, such as hotels. 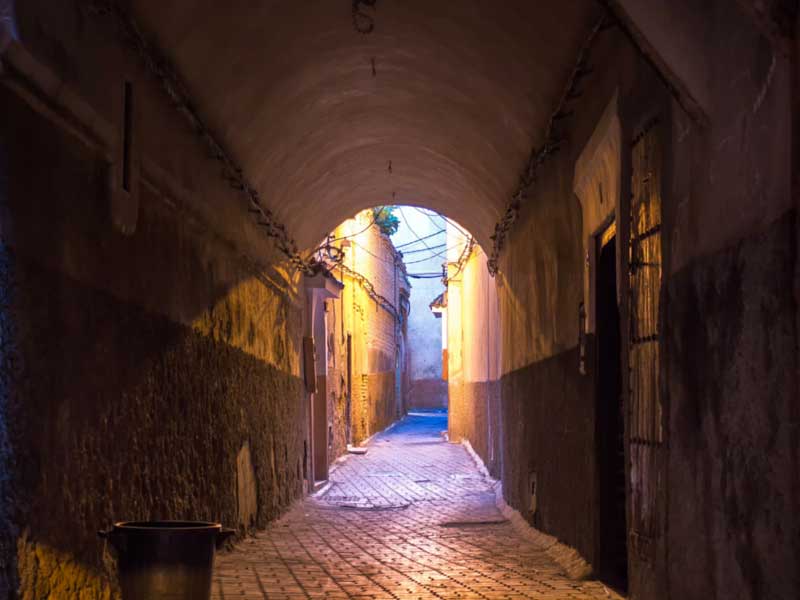 How does the risk compare with other destinations?

To put this risk assessment in context, the terror threat level here in the UK is currently described as 'severe' on the MI5 website, which means that an attack is highly likely. Many popular European destinations including France, Spain and Turkey also currently carry the same 'high' risk from terrorism as Morocco, along with more than 30 other countries around the world.

Has there been previous incidents in Morocco?

The last reported major terrorist incident in Morocco took place in 2011, when 17 people were killed and 25 injured following an explosion at the Argana Restaurant in Djema el-Fna Square in Marrakech. Since then, there have been no such incidents classed as an act of terrorism. 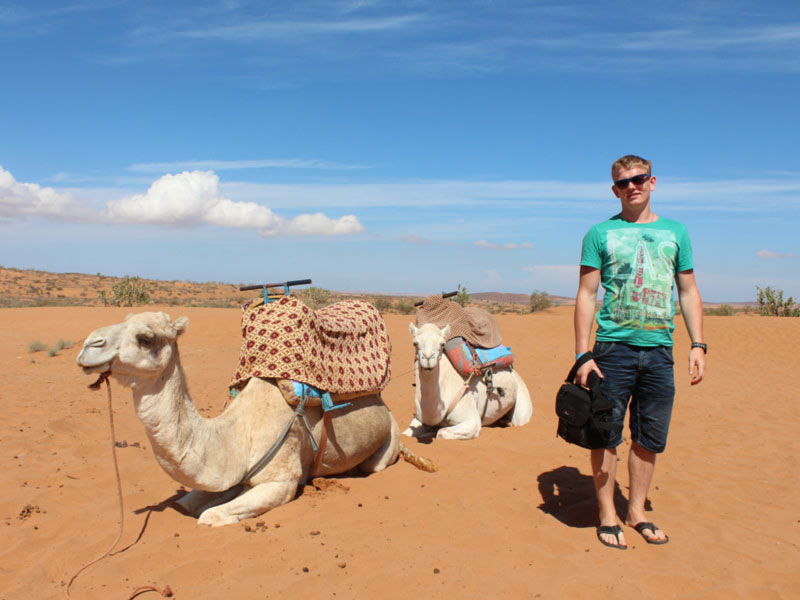 How to Protect Yourself While Abroad

Since the threat from terrorism is unfortunately a very real one in many popular tourist spots - and even at home - it makes sense to familiarise yourself with official guidelines on how to stay safe, particularly when you're travelling. The foreign office has some practical advice on how to reduce your risk from terrorism while abroad, which includes setting up email alerts for your destination prior to visiting, how to spot anything suspicious and how to avoid standing out from the crowd.

While the international terror threat may be very much a live concern, it's worth remembering that there are other potential dangers to visiting Morocco; and indeed any country that doesn't necessarily enjoy the same standards of safety we're accustomed to in some aspects of everyday life.

Morocco has a poor record for road safety - but by being aware of the differences, you should be able to make decision about how and when you travel that can significantly improve your own level of safety on the road.

In its advice to travellers, the British government warns visitors that nearly 4,000 people were killed and over 100,000 injured as a result of traffic accidents in 2013. This compares with 1,713 fatalities on UK roads in the same year - a sobering statistic when you consider that the UK population is almost twice that of Morocco.

Motorists are advised to take extra care when driving at night (or ideally, to avoid it altogether) and when overtaking other vehicles. One particularly hair-raising feature of Moroccan roads that we are not familiar with is the concept of pedestrian crossings on motorways - a huge hazard at any time, but most dangerous at night when roads can be poorly-lit.

Theft and Pickpocketing in Morocco

As in any busy tourist area, visitors to Morocco are advised to keep their belongings safe and to be on the lookout for thieves and pickpockets in crowded areas such as the Souks. But violent crime is relatively rare here, and there are currently no specific warnings around common crime.

So is Morocco safe? The question is one that only you as a traveller can make after assessing the risks against your own desire to visit this beautiful and fascinating part of the world. We hope this article helps provide you with the facts you need to make an informed decision. 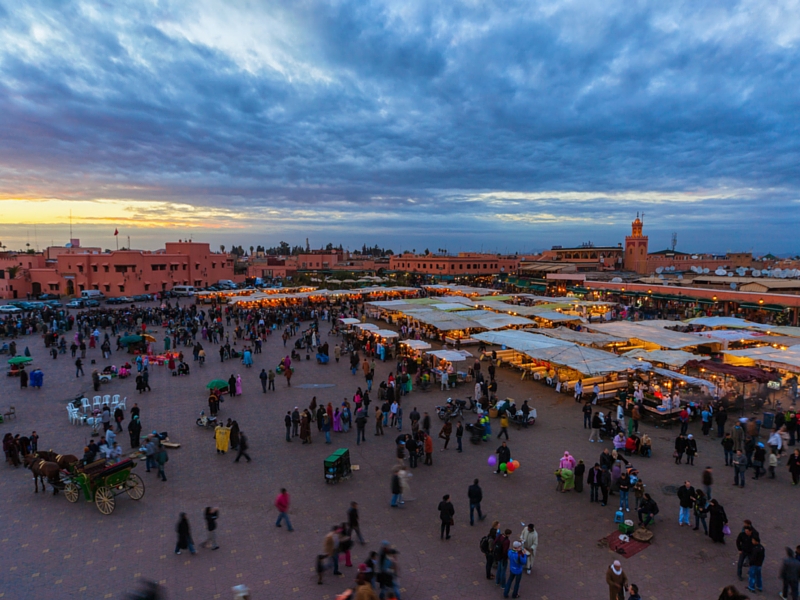 Whether you are travelling to Morocco or the South of France, it is important that you are aware of ways to keep you and your belongings safe while abroad. Check out our article on Tips for Avoiding Scams Abroad and the following easy tips to keep in mind before heading off on your next holiday.


Have you previously travelled to Morocco? Share your travel tips in the comments below!