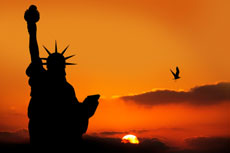 Business class airline Silverjet could relaunch flights to New York and Dubai within the next few weeks after agreeing a deal with Irish company Kingplace.

Silverjet, which operated flights from Luton airport to New York and Dubai, went into administration at the end of May as it ran out of funds in the face of high oil prices and the credit crunch. Begbies Traynor was appointed as administrator.

Kingplace is managed by Heritage Cie, an investment trust based in Geneva. Heritage chairman and Kingplace director Ian Ilsley comments:

"Kingplace can confirm that it has agreed terms with Begbies Traynor to acquire Silverjet. If these negotiations are successful, we expect to take on all of the existing staff, to honour Silverjet’s existing customers’ tickets and see Silverjet return to the skies in a matter of weeks.”

Chief executive of Silverjet, Lawrence Hunt, who is expected to stay at the airline, states: “I am personally delighted that we now have the necessary backing from a long term investor to relaunch Silverjet. We have received fantastic support from our staff, customers and partners in helping us put this deal together”.

“We will be working around the clock to launch our New York and Dubai services as quickly as possible and we will make an announcement about the date for re-launching our services in due course,” Hunt adds.

Before it can relaunch flights Silverjet will need regulatory approval from the Civil Aviation Authority. It is thought the CAA will want to see a substantial injection of cash before it gives approval for Silverjet to fly again. Rival business class airlines MaxJet and Eos failed earlier this year.