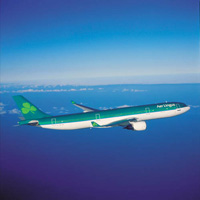 Five of the new routes will come into operation on October 25, enabling travellers to discover Bucharest, Eindhoven, Tenerife, Lanzarote and Warsaw, while from September 10, flights will serve Vilinus in Lithuania.

Fares begin from as little as £24.99, with the new routes joining already popular flights to such destinations as Dublin, Faro, Malaga, Munich and Vienna.

Enda Corneille, corporate affairs director, said: "Since our first launch back in April, we have sold over 400,000 flights and counting.

"To give our customers a greater choice in destinations, we've introduced six new routes which are popular to travellers during the winter months - perfect for anyone looking to escape the British winter.

"We are still competitively priced, as well as making life a little easier for customers with free allocated seating, self service check-in kiosks, web check-in and on board service that puts our competitors to shame."

Flying from London Gatwick Airport? Make sure to book your airport parking and airport hotels with Holiday Extras.