Rooms at the Gatwick Cambridge Hotel 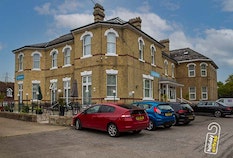 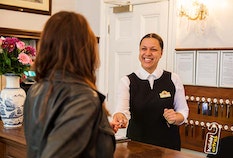 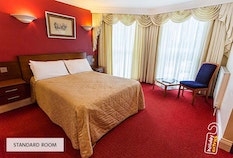 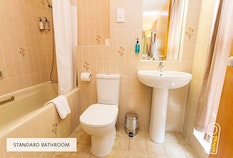 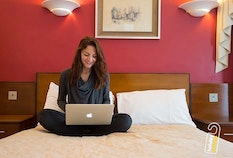 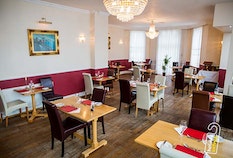 Guests rooms at the Cambridge hotel at Gatwick are light and clean – all are found on two floors, apart from the two ‘attic rooms’ which are up another flight of stairs.

There are plenty of double rooms of varying sizes, and the standard double room has plenty of space for two people. Desk, tea facilities, hairdryer, flat screen TV, and telephone are provided, and there is a good Wi-fi signal, as there is throughout the hotel.

If there are more than two of you, there is a good selection of family rooms, which will accommodate a varying number of children, from toddlers to gangling teens. There are doubles plus bunk beds, doubles plus one, and rooms that will comfortably take five or six.

The unusual attic rooms both sleep four in one double and two singles, and look fun for slightly older kids. One of them offers two rooms joined by an open doorway that could suit teenagers who want a little privacy (and/or parents who don’t want to be kept awake by compulsive iPhone activity).