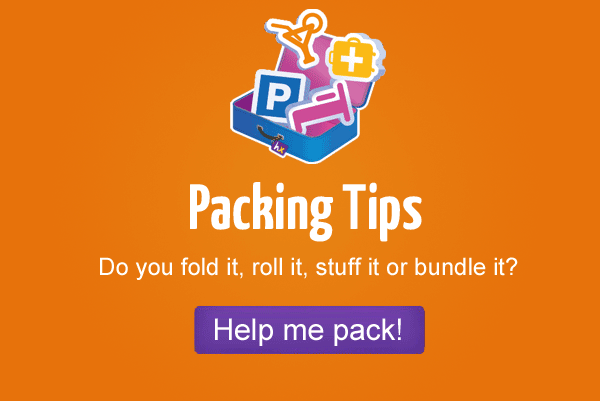 Not all roads are born equal. 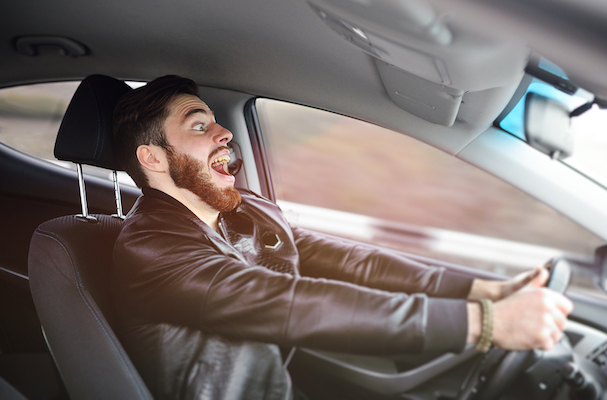 So, you're going on a road trip. Do you opt for 'A' - long open roads surrounded by beautiful landscapes and utter peace and quiet bar the sound of tyres humming on tarmac? Or 'B' - nail-biting, adrenaline fuelled hairpin turns, winding roads and stomach churning drops?

If you're an adrenaline junkie, then these are the roads for you. 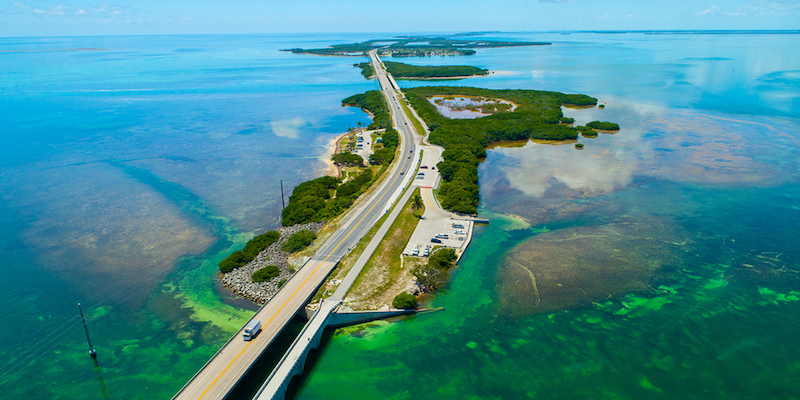 The Seven Mile Bridge, or 6.765 mile bridge as it should technically be known, stretches across the Moser Channel, Florida. It's made up of two parallel bridges, one unnamed and the other coined the Knights Key-Pigeon Key-Moser Channel-Pacet Channel Bridge - snappy, we know! It's pretty breathtaking to say the least and you may recognise the views from such Shakespeare-like creations as Mission Impossible III and 2 Fast 2 Furious. 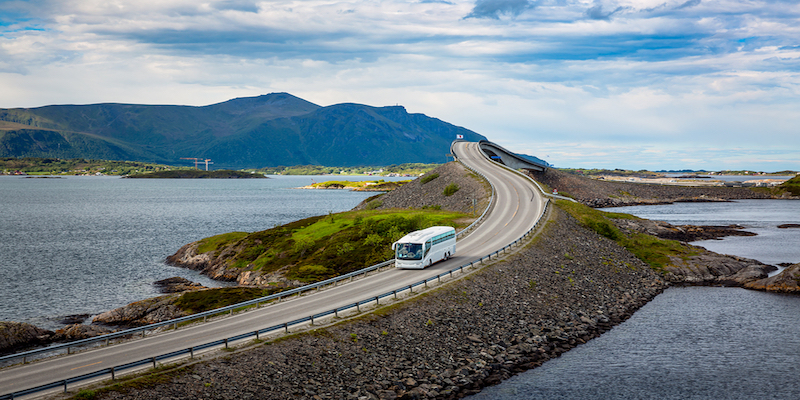 The Atlantic Ocean Road in Norway is renowned as one of the most scenic, iconic road trips in the world. It teeters over unsheltered areas of the Norwegian Sea and is often at risk from the elements. The road itself is built on small islands, viaducts and a total of 8 bridges and the iconic design is often used in car commercials. 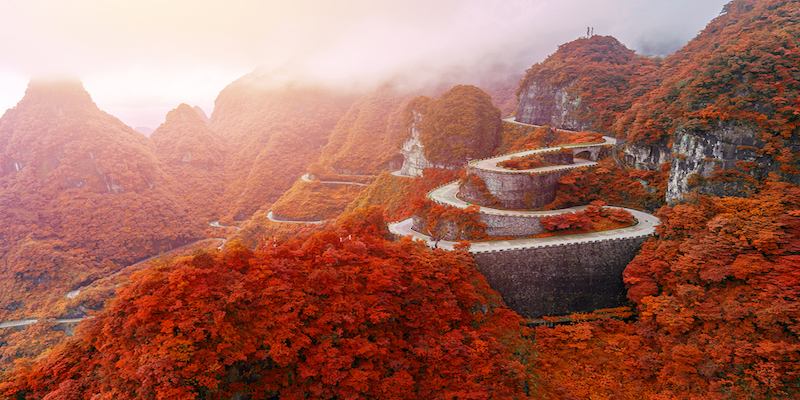 TianMen Mountain Park is home to 11km of twisting, bending, ascending road, taking drivers from the bottom of the mountain to TianMen cave at the top. With 99 hairpin turns, this road is certainly not for those with a weak stomach. If you fancy hopping out of your car, there are plenty of other adrenaline filled activities you can do in this area, like the "Walk of Faith" - a 60 metre long glass walkway clinging to the side of the mountain. 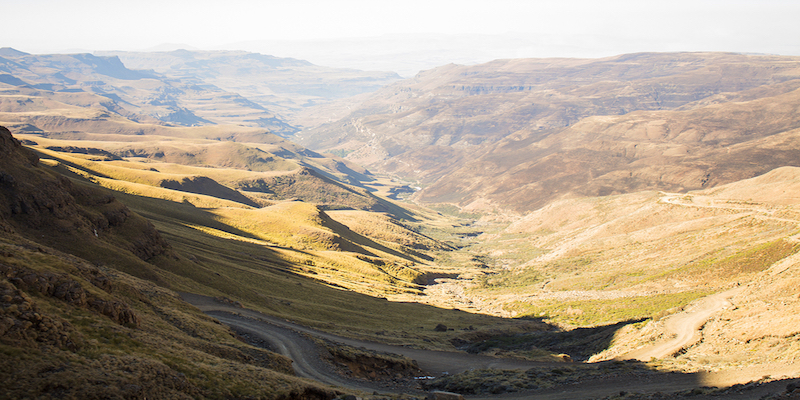 The above image looks beautiful, but don't let it fool you. The Sani Pass lies west of Kwazulu Natal, South Africa and is one of the world's most notoriously dangerous roads. It's so treacherous, you're only allowed to attempt it in a 4x4. The mountain pass is full of differing altitudes with the highest point sitting at 9,400 feet above sea level, meaning it's possible to experience all 4 seasons in 1 day. So, pack a bit of everything, including your nerves, and see if you're brave enough to tackle the Sani Pass. 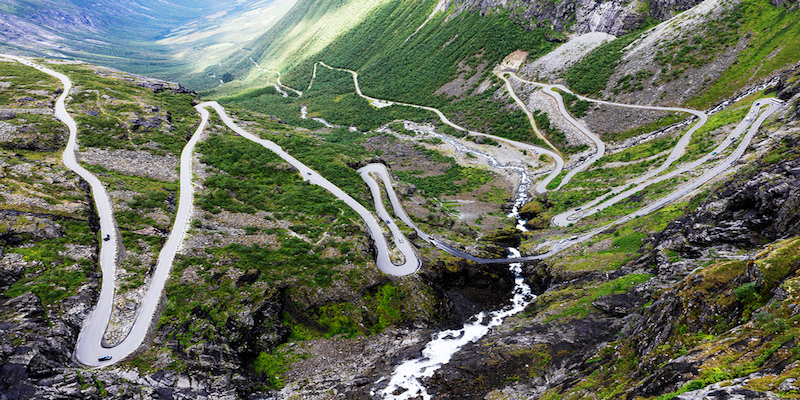 It would seem that Norwegians are major fans of reasonably dangerous, incredibly scenic drives. This is Trollstigen - The Troll's Feast. As iconic to Norway as Thor's hammer, this road has 11 hairpin turns and sweeps over the landscape in true serpentine fashion. It's the most visited road in the country and can have anything up to 2,500 visitors per day during the summer months. 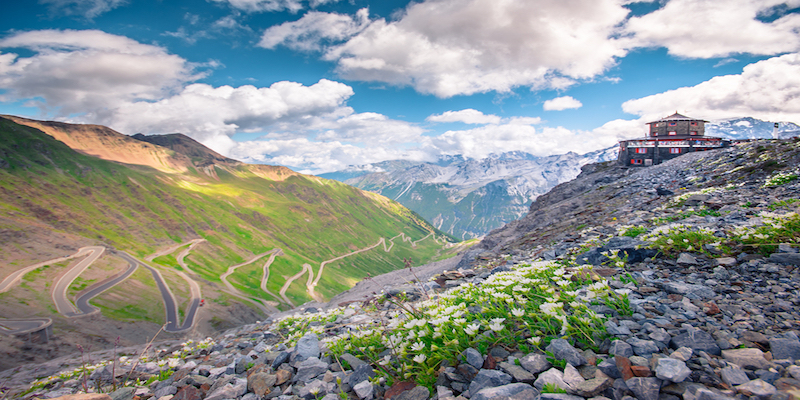 The Stelvio Pass, Italy, was voted Top Gear's favourite road in 2008 and, after visiting, I'm sure you would see why. It's incredibly famous and is the 2nd highest pass in the Alps. Its dramatic, sweeping roads and sharp, twisting turns have led to its fame. Every year, the pass is closed to cars entirely to allow for around 8,000 cyclists to brave the challenge of reaching the top. 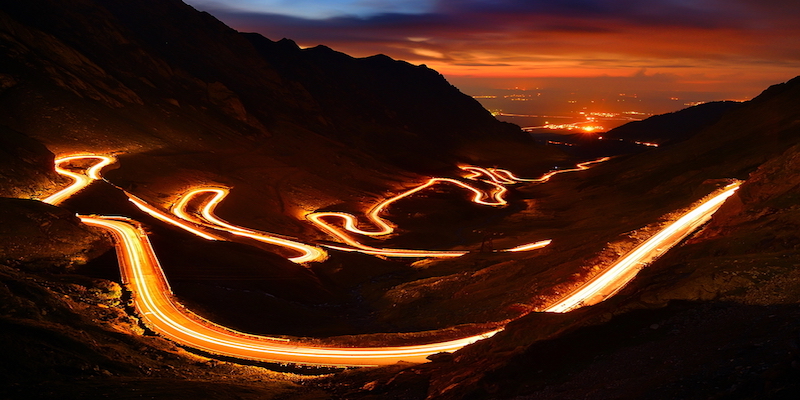 You'll find Transfagarasan in Romania, just down the road from the village of Bascov. The road itself stretches around 90km and connects Transylvania and Wallachia. It's one of Romania's many strategic roads and was built in the early 1970s, mainly by military personnel. Transfagarasan pipped the Stelvio Pass to the post as Jeremy Clarkson's favourite road in 2009. If Jeremy likes it, it must be good. 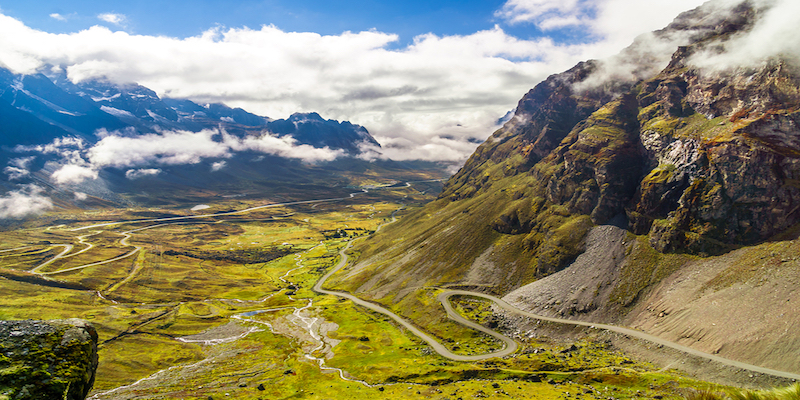 This is the road to end all roads - the Russian Roulette of the tarmac. Absolutely not for the weak hearted, Yungas Road reaches heights of 600ft with minimal guardrails. Due to the treacherous driving conditions and steep drops, this road has earnt the delightful nickname of 'Death Road'. Well, that settles it for us. We'll stick to the M25, thank you very much.

What's the craziest road you've come across on holiday? Let us know!

If these haven't tempted you to hire a car for your next trip, maybe our competitive prices and award winning call centre will? Take a look for yourself!