Virgin Atlantic has announced profits up 38% on last year, saying it has attracted passengers from rival British Airways who have been unhappy after the troubled opening of Heathrow Terminal 5.

In a difficult period for the airline industry, Virgin has recorded a pre-tax profit of £60.9 million for 2007-08, up from £44 million the previous year. Passenger numbers were also up, by 7.6%, to a total of 5.7 million. But the greatest increase was in business class passengers, up by 22%. 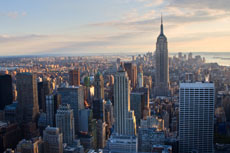 The airline’s chief executive Steve Ridgway said: "While the outlook remains pretty overcast for the aviation industry, the winners will be those airlines that focus on offering the best customer service. We have diversified our route network, focused on providing the best product in Upper Class, Premium Economy and Economy, hedged our fuel purchasing and built up a strong cash position".

Whether you’re a frequent business traveller or jetting off on holiday a relaxing night in an airport hotel can help you unwind before or after your flight. The London Heathrow Thistle Hotel is a modern 3 star hotel only two miles from the airport, and convenient for Terminal 5.

The hotel offers conference facilities and internet access and the ensuite rooms have TV with in-house movies, a trouser press and tea/coffee making facilities. Guests can also enjoy a meal at the Oak or Avocado restaurants at the hotel.

*Please note: This price is correct for bookings searched on August 27, 2008. Prices are subject to change. Book the Heathrow Thistle Hotel in advance to get the best price and availability.