A symbol of love. An icon of India.

There's a reason why a visit to the Taj Mahal graces so many bucket lists. With glistening white marble and expertly-crafted minarets, it tells a fascinating story of love and loss in Mughal-era India.


A History of the Taj Mahal 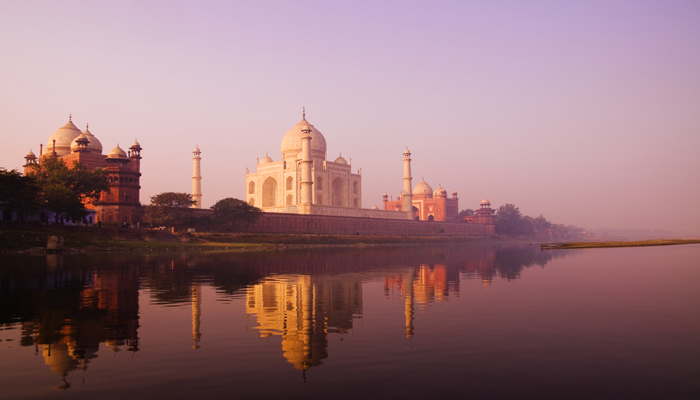 As far as declarations of love go, the Taj Mahal sets the standard high. Dating back to the Mughal empire, it was commissioned in 1632 by emperor Shah Jahan to house the tomb of his beloved wife Mumtaz Mahal. With a total build time of around 22 years, it's clear that no expense was spared in the creation of the complex - its remarkable white marble dome has since become a globally recognisable sight.

Nowadays, the Taj Mahal attracts over 3 million visitors a year and has become an unmissable sight for anyone travelling in India. When you stand in front of the imposing 115ft dome at the southern bank of the Yamuna river, it's easy to see why the UNESCO World Heritage Site brings in tourists in their flocks. 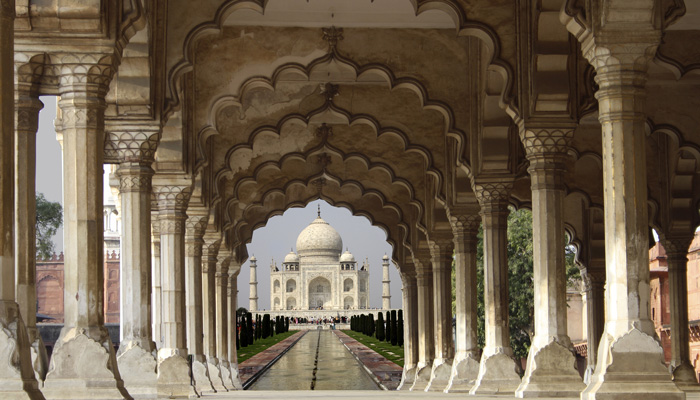 The Taj Mahal is open between sunrise and sunset, so make sure you know roughly what times these are if you want to go earlier or later in the day. No visitors are permitted on Fridays, so plan your visit accordingly.

Each season brings its own charm at the Taj Mahal, but it's worth knowing what you've signed yourself up for at different times of year. If you're considering visiting in the summer, days will be long and hot - not necessarily best for those who can't handle the heat. However, you will find that it's not quite as busy at this time. Many consider October-March to be the best time to visit due to its milder temperatures, but try to arrive early as this is peak season, and crowds swarm in from 9am onwards.

We've all seen at least one amazing photo of the Taj Mahal at sunrise or sunset. At these two points of the day, you'll be able to take some spectacular photos with some gorgeous colours. However, it's also worth noting that for 5 days each month, you can also visit at night and witness the building with the stunning backdrop of a full moon.


Tips for Visiting the Taj Mahal 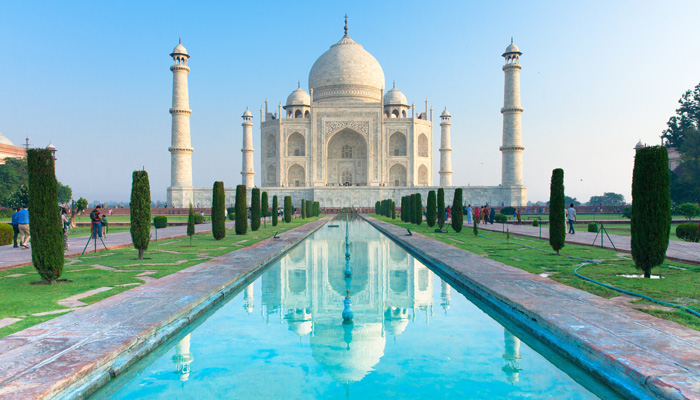 For many, a trip to the Taj Mahal is all about getting that perfect photo to show off back home. The iconic shot that everyone takes with the Taj in the background? Be prepared to queue for it. If you don't fancy waiting in line for the money shot, look at other great angles for a more unique picture. Look no further than Pinterest for some awesome photo ideas. For an alternative perspective, visit Mehtab Bagh, a garden complex on the opposite side of the river. From here, you'll still get great views of the Taj Mahal, whilst also enjoying the beautiful gardens and varied wildlife.


India is like no place you will have ever visited, and the Taj Mahal has the kind of awe-inspiring beauty that's worth travelling halfway around the world for. There will be crowds and there will be queues, but when you ask anyone who's been in the Taj's presence, they'll tell you it's more than worth it.