Observe Polar Bears in the Wild

It all happens at The Polar Bear Capital of the World.

Snow falls, and an icy chill turns your nose a little redder as you poke your head out of the window to watch a polar bear in the distance, its fur almost blending in with the shimmering white landscape. A few moments later, your dream of coming face to face with polar bears becomes a reality as you glance down from the safety of the truck. If it sounds like a magical experience that's because it is; this is Churchill, Manitoba, one of the only human settlements in the world where polar bears can be seen in the wild.

Up Close and Personal with Polar Bears 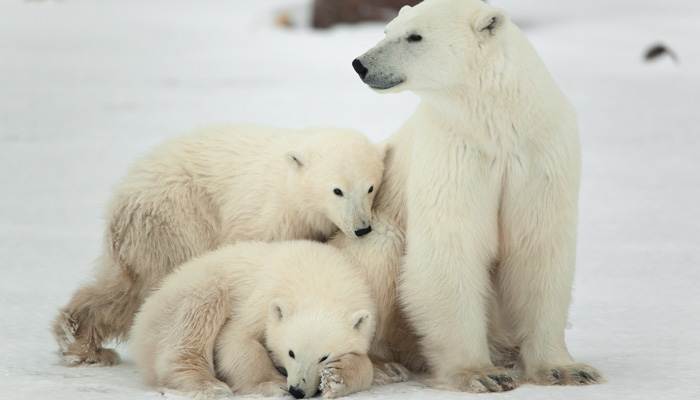 Until the 1980s, Churchill was really only known for being Canada's only arctic seaport. Then, a man called Len Smith invented something that would bring tourists to the area from all over the world; The Tundra Buggy. Sitting low enough to feel like you're getting up close and personal with the polar bears, but high enough to make you feel safe as they approach the vehicle. The Tundra Buggy was and still is one the most popular ways to observe polar bears in the wild in Churchill.

Every year thousands of polar bears wait until the water has frozen over in Hudson Bay so they can perch on the ice and hunt their main source of food, ringed seals. As your buggy makes its way around the bay you'll see the polar bears plodding along in the distance, or standing on their hind legs to play-fight in the snow. They're majestic creatures, graceful in spite of their size, and as one approaches your vehicle, rising to its full height, you'll be able to snap that once in a lifetime close-up shot that you'll treasure forever. 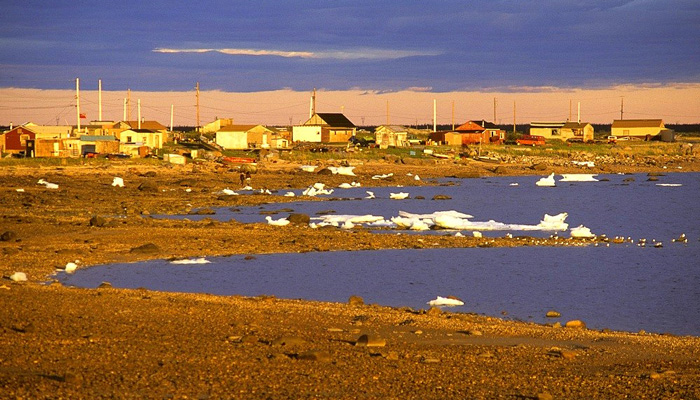 If you visit Churchill in the summer you'll be able to spot the beautiful beluga whales that swim around Hudson Bay by taking a kayak trip in the bay or going snorkelling. However, the only way you're going to see polar bears in summer is from the air, in a helicopter.

If you want to get as close to the polar bears as possible it's best to visit Churchill in Winter. October and November are when the bears start to move to the ice that forms over Hudson Bay, leaving their summer habitat to hunt for seals. Sure, it'll be much colder in winter and you'll want to pack for extreme, subarctic temperatures, but it's a small price to pay to experience polar bears in the wild. 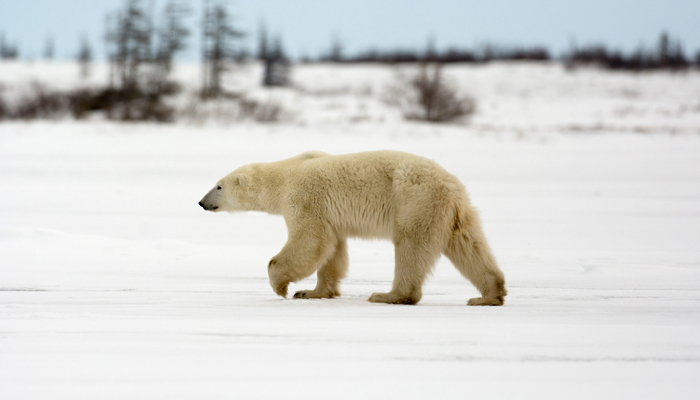 Seeing polar bears in their natural habitat is already an exceptional experience but if you want to make it even more special and spend more time with the polar bears than a Tundra Buggy tour allows during the day, book a few nights at Churchill's very own rolling hotel.

Yes, you read that right. Tundra Lodge is a rolling hotel which can be moved for optimal polar bear viewing so you'll be close to the action around the clock. From your bedroom, the hotel's comfortable lounge, or one of the open-air viewing platforms, you can fully immerse yourself in polar bear spotting, and even witness the sun setting across the snow and ice. A unique experience in an even more unique location.


But don't take someone else's word for it. Add this experience to your bucket list and discover the magic of watching polar bears in the wild for yourself.