Get Colourful at the Holi Festival in India

If there's one place in the world that goes hand in hand with colour, it's India. Often described as an 'attack on the senses', it's a special place at any time - but for a noisy, chaotic, and wildly fun trip, visit the country during the Hindu festival of Holi, it will be an experience you will never forget. 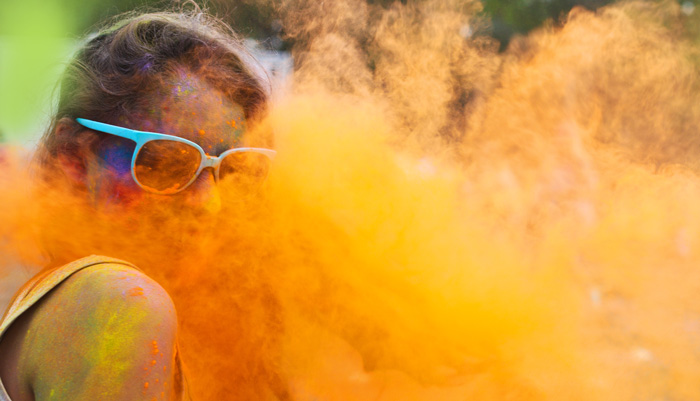 As a Hindu festival originally mainly celebrated in India and Nepal, Holi has gone global. In recent years, it has spread to many western countries, and is no longer restricted to Hindu communities. It's a day of fun, colour and love and every year crowds gather to enjoy the festivities.

The origins of Holi aren't fully known, but it's been practiced for centuries and is cemented as a key occasion in the Hindu calendar. The two-day festival is thought to be a celebration of the arrival of spring and of the victory of good over evil.

Although Holi is intrinsically linked with Hinduism, it is often considered to be one of the less religious Hindu festivals - Holi is much more about love, fun and happiness. Today, the festival is celebrated in many multicultural areas such as in the US and UK. Wherever you are, you'll find a whole lot of one thing - colour. Hindus and non-Hindus alike smear each other with coloured powders and coloured water, leaving everyone who attends fantastically messy.


When & Where to Celebrate Holi 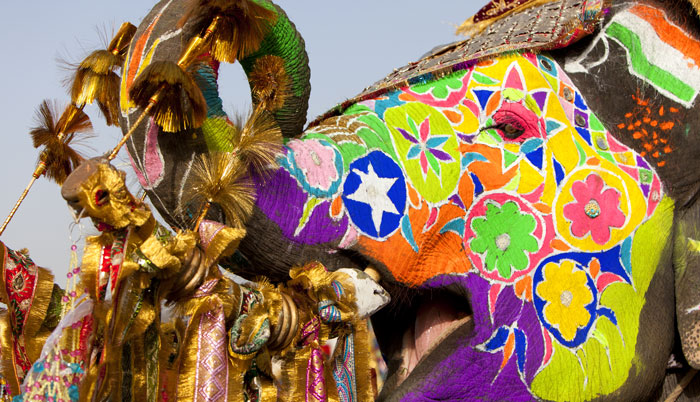 The exact date of Holi varies each year according to the Hindu calendar, but always falls on the vernal equinox, or full moon - usually in March. For a truly authentic experience, look no further than India's Golden triangle of Delhi, Agra and Jaipur. In these metropolitan cities, celebrations are huge, and Holi quite literally takes over the city.

Holi in Delhi is a completely unique experience. The Holi Cow Festival ties Hindu tradition with modern India, with an explosion of colour and a booming music festival. If you're looking for a good time, you'll certainly find one here.

Like many other Indian cities, Agra loves Holi. Be prepared to get very wet and very colourful as you wander the streets! An added bonus here is that you can combine your Holi trip with a visit to the Taj Mahal for the ultimate Indian experience.

Jaipur has a unique set of Holi celebrations, and there's only one star of the show - the elephants! The Jaipur Elephant Festival during Holi features processions and contests, much to the amusement of tourists and locals. However, in recent years, the festival has received some criticism from animal rights groups, so it's worth checking the status of the festival on the website before you visit.


Holi in the UK 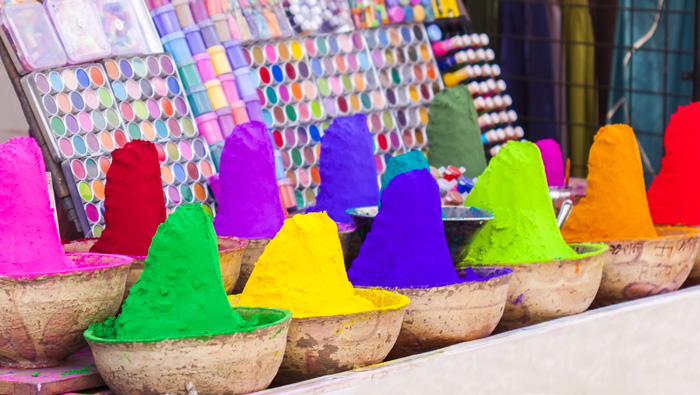 In recent years, Holi has become more and more prominent in the UK - particularly in the larger cities. Each year, you'll find scores of people celebrating the festival, and the huge HOLI ONE festival means that you can find a celebration in most major UK cities.


The fantastic thing about Holi is the way it bridges gaps between those that would normally become friends (let alone throw paint in each other's faces). Any festival that celebrates joy, love, laughter is fine by me, and there's no better place to experience it than in the chaos and colour of India.


Need more convincing before you plan a trip to India? Check out 20 Reasons Why India Needs To Be On Your Bucket List.