The Appalachian Trail, or 'A.T' as it's better known among the hiking community, is one of the most scenic and extensive hiking routes in the world. Along with the Pacific Crest Trail and Continental Divide Trail it completes what's known as the 'Triple Crown' of long distance routes in the United States; a trio of trails that inspire hikers of all abilities to pull on their walking boots and set out with just a backpack and a load of determination year after year. Are you ready to take on the Appalachian Trail?


Why Hike the Appalachian Trail? 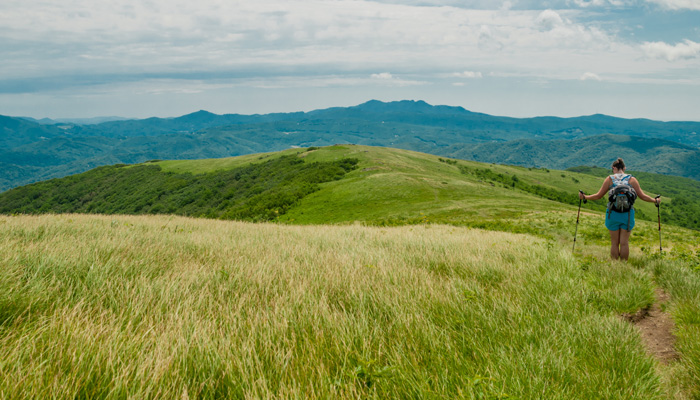 If the great outdoors is a concept that fills you with excitement rather than dread, there's nothing like a truly epic hiking route, and the Appalachian Trail is certainly that: at 2,184 miles long, it's an adventure waiting to happen. What's more, it's widely regarded to be the most beautiful hiking route in the US, which is why its official name is The Appalachian National Scenic Trail, so you'll take some incredible memories away that will stay with you long after the blisters have faded. While most of those who spend time on the trail are simply dipping in and out, there are those who choose to see it through from beginning to end (and sometimes back again), earning them the title 'thru hikers' - a true badge of honour.

If you want to see a lot of the United States and get to know several regions in the type of detail that only visiting on foot can afford, there is no better way to it than by hiking the P.T. The full trail will take you through a staggering 14 states in total: Georgia, North Carolina, Tennessee, Virginia, West Virginia, Maryland, Pennsylvania, New Jersey, New York, Connecticut, Massachusetts, Vermont, New Hampshire, and Maine. It takes on average seven months to hike the full trail, but a significant minority (around 20%) of P.T hikers do take it all the way each year.


When and How to Hike the Appalachian Trail 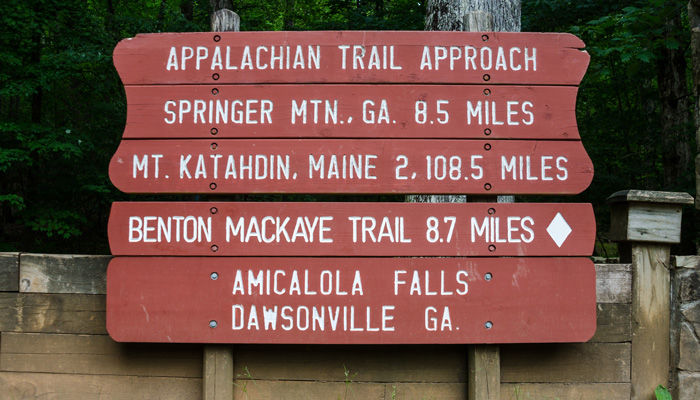 Mountains are a fundamental part of the A.T's terrain and, indeed, appeal. Amongst other notable peaks the trail passes through the Great Smoky Mountains whose highest section is 6625 feet, at Clingmans Dome; itself a part of the Appalachian Mountain range that gives the trail its name. For this reason you can expect snowy sections of the trail as late into the year as April or even June, so unless you like hiking in snow, the colder winter months are best avoided. The majority of thru-hikers start at the Southernmost point in Georgia and head North towards the trail's terminus in Maine, beginning in March or April. This gives them the summer and early autumn to complete the journey.

If you're just going to be passing through, the spring and summer months present the best time to visit the trail as you're less likely to need specialist equipment such as ice picks. Stick to the more Southerly sections if you want to visit in the spring, as the extreme snowy conditions of the North will only subside in the summer. However far you want to take your hike, a few things are certain: you'll see some spectacular scenery, you'll get to experience life outside of normal 'civilisation', and you'll need to rely on your own wits and capacity for self-sufficiency to survive.


Find Your True Identity on the Appalachian Trail 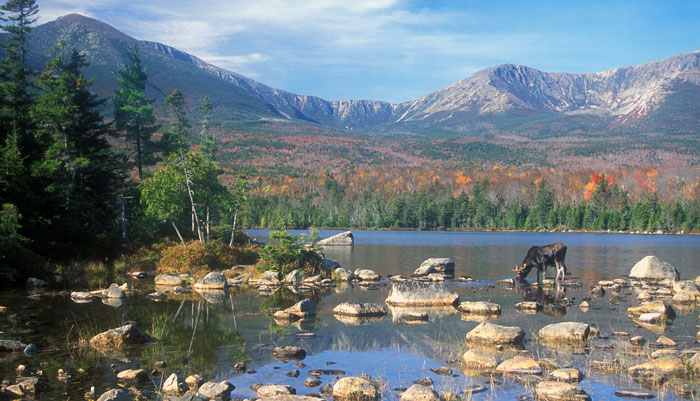 The Appalachian Trail Conservancy, which manages and maintains the A.T has some fantastic tips on how to make your journey even more special, with advice on avoiding the crowds, extreme weather conditions and encounters with the less-friendly Appalachian animals, such as snakes and black bears. It also has some great insider tips on how to integrate with A.T hiker culture, such as giving yourself a hiker name when you embark on your journey: examples of these pseudonyms include "Eternal Optimist", "Thunder Chicken", and "Crumb-snatcher". Be sure to familiarise yourself with their guide to hiking the trail before you set out.

Another way to ensure that your experience is as enjoyable and comfortable as possible (though comfort is a relative concept on the trail!) is to carefully plan every pit stop and overnight stay along the way, taking advantage of the friendly and well-equipped hiker shelters that are stationed along the route. Here you'll get the opportunity to make friends for life, while benefitting from the experience of those who've already taken on the trail. Some of these huts or hostels will even offer work-for-stay options, so you may not have to pay for your accommodation.


Hiking the Appalachian Trail is the ultimate route out of humdrum city life, with some of the world's most spectacular natural landmarks en route. While the challenges and potential dangers cannot be denied, as an A.T hiker you'll become part of a friendly community that will support you along your journey, and beyond.