Take A Helicopter Ride Over the Grand Canyon

Get the bird's eye view of this incredible natural wonder.

The Grand Canyon is an awe-inspiring sight, and what better way to experience it than by helicopter? With sheer drops and stunning scenery, it's an attack on the senses that won't be forgotten in a hurry.


A History of the Grand Canyon 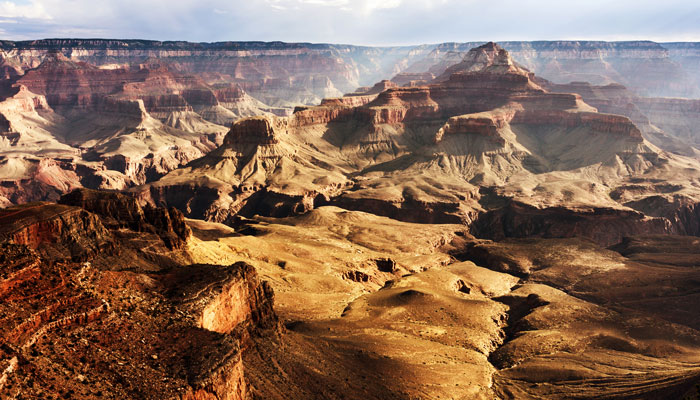 Nowhere gets a place in the Seven Natural Wonders list without being a little bit special, so it's no wonder the Grand Canyon has inspired and amazed many so many travellers. As one of North America's most symbolic landscapes, the 277-mile long, 18 mile-wide canyon brings people in flocks to the state of Arizona.

The canyon has been formed over millions of years, with its unique shapes owing to erosion caused by the Colorado River. When you look at the trickle of water a mile down below, it's hard to imagine the beginnings of the both the river and the canyon. The fascinating layers of rock mean that you can quite literally see the time that has passed - a fascinating insight into the world that has developed alongside the Grand Canyon.


Which Rim is Best? 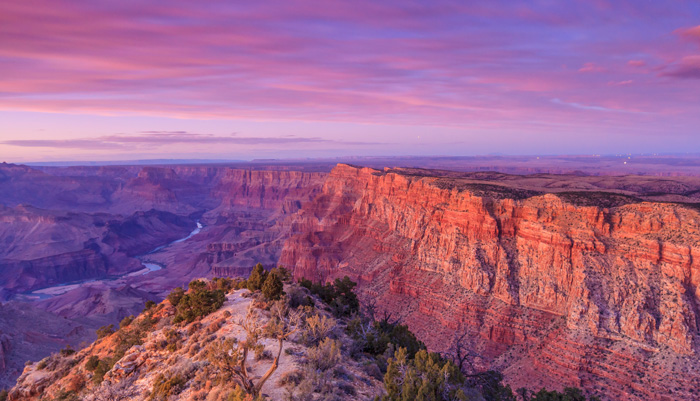 When you're planning a trip to the Grand Canyon, it's useful to know that there are different 'rims' that you can visit - each with their own unique appeal. The South Rim is often considered to be the true Grand Canyon, and this is where the majority of tourists go. Here, you'll find the most viewpoints, and it's also the most accessible from Las Vegas or Phoenix.

The North Rim, on the other hand, is more remote. With only three viewpoints (as opposed to the South Rim's 20+), it's certainly smaller in size - but amazingly, the views are strikingly different to those you will find just over the other side. It's significantly higher in altitude, and supports more plant and animal life due to the cooler temperatures.

In contrast to the North and South rims, the West Rim is owned by the Hualapai Indian Tribe, rather than the National Park Service. People flock here from Las Vegas to see its three stunning waterfalls - Navajo Falls, Mooney Falls and Havasu Falls - certainly worth a visit.

At the East Rim, you'll find the famous Horseshoe bend - a spot that makes for some spectacular photos.


Elevate Your Visit to the Grand Canyon 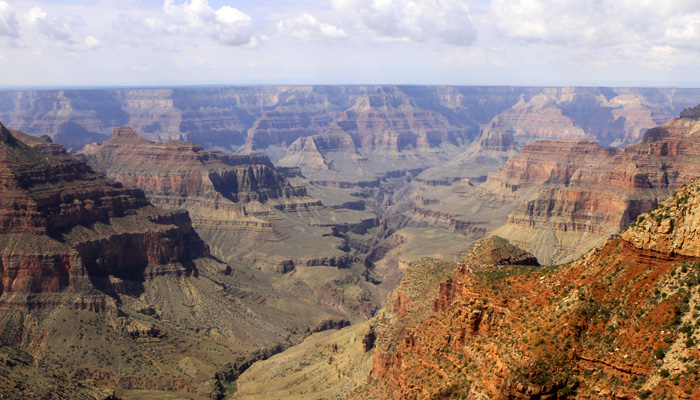 One of the most amazing ways to take your Grand Canyon trip to new heights is to see it by helicopter. Viator offer 45-minute trips from Las Vegas to the West Rim, along with a champagne picnic at the canyon when you arrive. Fancy! And for a little romance, Serenity Helicopters have a sunset tour that lands you on the canyon floor.

If a little height doesn't scare you, try out the Skywalk bridge at Grand Canyon West's Eagle Point, where you'll get the chance to walk over the glass bridge, looking down at the 4,000 ft drop beneath you. Not for the faint of heart!


There's a reason the Grand Canyon attracts so many visitors each year - with jaw-dropping chasms and a landscape that tells a fascinating story of the earth's history, it certainly earns its place as one of the Seven Natural Wonders of The World.