Look a Great White straight in the eyes, behind a cage of course.

Great white shark diving is one of those experiences guaranteed to get your adrenaline pumping. From slipping into the freezing waters off the coast of Gansbaai to coming face to face with one of the ocean's most feared creatures, this is one for the thrill-seekers and adventure-chasers desperate to see the grace and beauty of great whites for themselves. 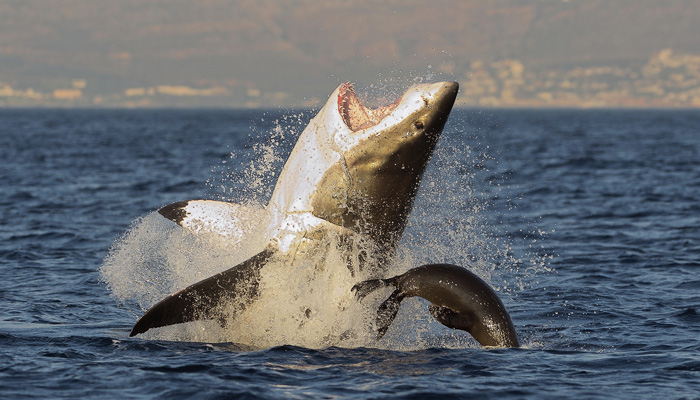 Gansbaai, situated around an hour and a half from Cape Town, is where you'll need to travel to if you want to go great white shark diving in South Africa and there are a few tour companies to choose from who run shark diving tours to the area. The economy of Gansbaai used to rely heavily on fishing and, while its fishing industry continues to thrive, an increasingly large part of Gansbaai economy is reliant on tourism. It's now said to be the 'great white shark capital' of the world.

Diving with great whites requires a short journey into 'Shark Alley', a narrow channels sitting between Dyers Island, a nature reserve not open to the public, and Geyser Rock which is home to about 60,000 cape fur seals, the main source of food source for great white sharks.

Once the cage has been lowered and secured onto the side of the boat, you'll slip into a wetsuit, put on a snorkel mask,and lower yourself into the water. Moments later, once your guide has attracted a shark with what's known as a 'chum' covered in fish blood, you'll dip your head underneath the water and, with just a set of iron bars separating you, you'll see your first great white out in the wild.

It's their size that will surprise you at first, these creatures can grown up to 6.4m in length, and they'll feel close enough to touch, close enough to make a tiny bubble of fear form in your belly. But then you'll realise that all those films depicting sharks as ferocious man-eaters just aren't true. They don't want to eat you, they're curious about you just like you are of them. They'll glide through the water so majestically that all your apprehension will melt away, so all you have to worry about is enjoying this amazing experience while it lasts.


When to Dive with Sharks in South Africa 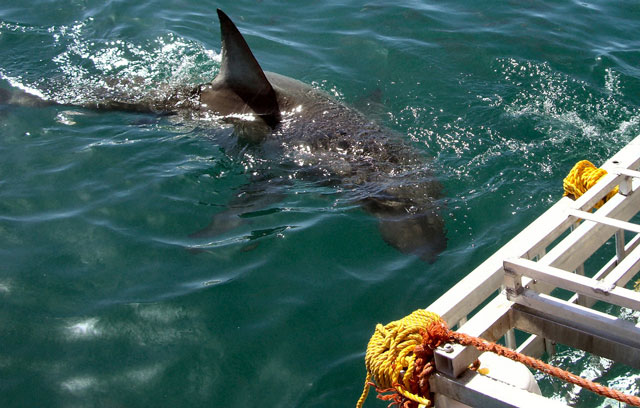 Getting to see the sharks is never guaranteed. However, you'll have the best chance of seeing large numbers of sharks in the winter, between May and October. This is when visibility under the water is also best so you'll be able to watch the sharks as they circle under the water instead of just catching a glimpse of them above the water. The downsides of visiting in winter? Well, you'll be diving in the freezing cold water of the Atlantic ocean and the weather can be unpredictable. Boats won't go out in stormy weather so it's best to have a couple of days either side of the date you've booked to go shark diving just to be safe. Before you dive make sure you have sufficient South Africa travel insurance, and check that your plan covers cage diving. You know, just in case.


Making the Most of Gansbaai 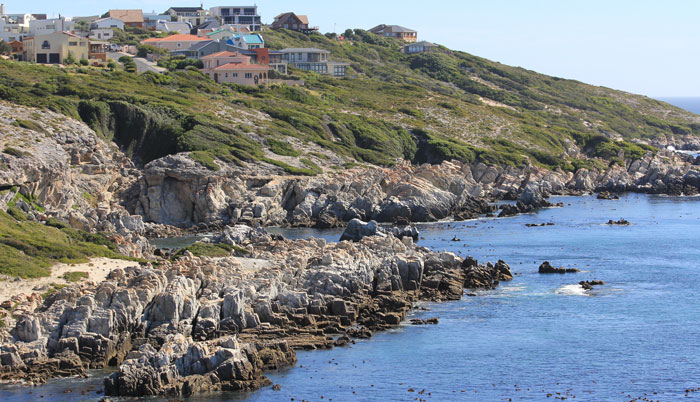 Once you've looked into the eyes of a great white shark, making one of your dreams a reality, you might be all ready to head straight back to Cape Town for the rest of your holiday. That would be a mistake, though, because Gansbaai itself has so much to offer to make your whole day even more special. It would be a shame to leave so soon.

Gansbaai is a charming little fishing town with a gorgeous nature reserve to wander around, stunning beaches to go horse riding on or watch the sunset from, and its Walker Coast is full of caves and cliffs to explore before heading to the harbour for dinner and drinks with a perfect ocean view.


Great white shark diving is a thrill-seeker's dream. Scary enough to get your heart racing but safe enough to know that you're going to be able to recount your shark diving story to your friends when your get home. Add this experience to your bucket list and go see what all the fuss is about.