Float in the Dead Sea

Take the weight off with a dip in the world's deepest saline lake.

Nine times saltier than the ocean, the landlocked Dead Sea sits between Israel, Jordan and Palestine and is dense enough to float on without needing a lilo. Thousands of visitors head to the lake every year in search of health benefits - or just the unique sensation of lying afloat on a body of water! 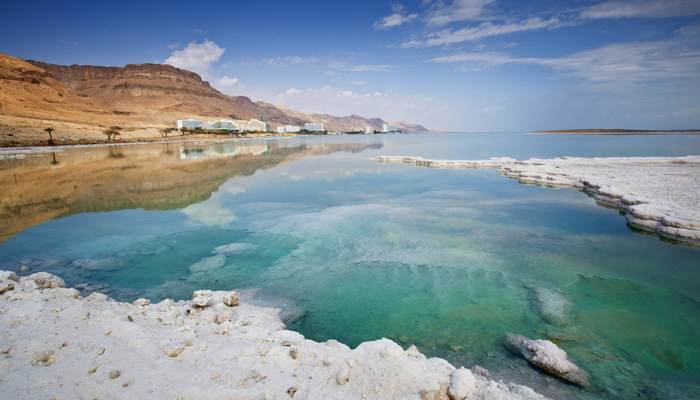 Visitors have been coming to the Dead Sea for millennia - the Biblical King Herod was among the first to seek out the health properties of the mineral waters, and Ancient Egyptians used the salts to embalm their dead. The saltiness of the water means no plant or animal life can survive, hence the name.

A dip in the Dead Sea (and use of products containing Dead Sea salt or mud) has been recommended for the treatment of skin conditions such as psoriasis, allergies and sinus problems and even arthritis. More generally, the minerals in the water (which include potassium, magnesium and calcium) are said to give the skin a healthy, youthful glow. Be sure to use one of the lakeside showers to rinse off after your dip in the sea, however - the salts can be irritating if left to crust onto the skin after bathing. 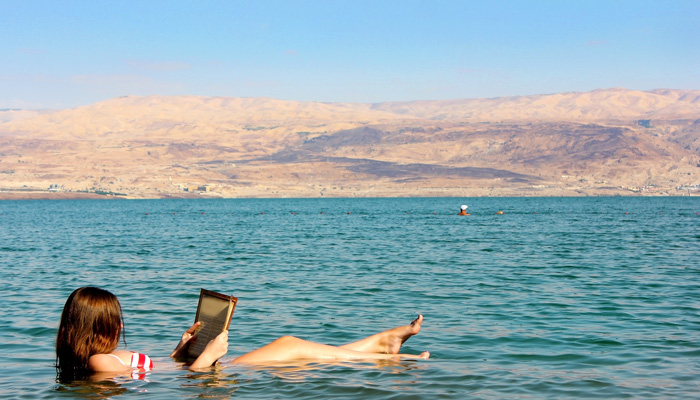 The Dead Sea region can reach daytime temperatures of up to 40°C (104°F) during the summer months, so the best time of year to visit is between October and April when temperatures are warm rather than oppressive. Rainfall is low year round so you'll be likely to find good weather even in the middle of winter.

There are clusters of spa resorts around the edge of the sea at Ein Bokek and Neve Zahar in Israel with extensive tourist facilities as well as access to the Dead Sea's beaches. Visitors to Jordan can find spa resorts and hotels along Highway 65 on the east bank of the sea. Note that there's a charge for public beaches on both sides of the sea 0 expect to pay between £10 - £20 depending on the resort and the local currency.

A bob in the Dead Sea is a must-do for anyone passing through the region. If you're planning a trip to the area, check out The Dead Sea Guide in advance of your visit to help you find accommodation, plan travel and choose a beach or (if you're serious about taking the waters for health reasons) a clinical centre.

Once you've arrived, avoid shaving for a couple of days beforehand - a nick on the neck or knee can really sting once you get into the salty water! Paddle into the sea until you're waist deep and then lie back - you'll feel your arms and legs bob up around you with a strangely relaxing sensation. If you plan to stay in the sea for a while, bring a book or newspaper to pass the time.

Avoid dipping your face in the water - the salts aren't very good for the eyes - and if you start to feel a burning or prickling sensation that's a sure sign it's time to get out and shower off. You can recapture the experience in your bath at home with one of the many, many Dead Sea products on sale around the lake.

Add a float in the Dead Sea to your bucket list, and find out why visitors to the area have been drawn to its salty magic since Biblical times.