Tour the Colosseum in Rome, Italy

Take a walk through 2,000 years of human history.

Gladiators ready! Of all Rome's iconic sights, the Colosseum is the one that most symbolises the mighty Roman Empire, in all its power, glory and cruelty. The greatest feat of Roman engineering and architecture, the Colosseum is the largest amphitheatre in the world and the site of some of the most bloody and brutal contests in history.

The Colossal Colosseum is Born 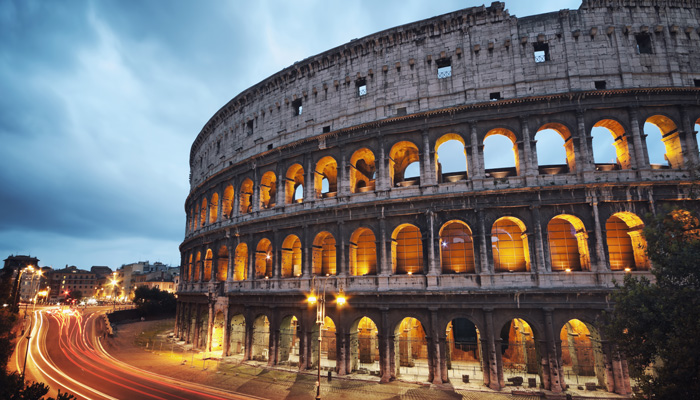 Baying crowds of between 50,000 and 80,000 spectators would gather in the Colosseum to enjoy the infamous gladiator clashes. They also relished a good old mock sea battle, animal hunt, execution, battle reenactment or piece of mythology.

Built between 70 and 80 AD, largely from travertine and concrete, the Colosseum in Rome really set the blueprint for modern-day stadium design. It was named one of the New Seven Wonders of the World in 2007. Over the centuries the Colosseum has suffered at the hands of earthquakes and thieves, but preservation and restoration is ongoing. You'll get a good idea of what it looked like in its heyday from the digital recreations in Russell Crowe's epic movie, Gladiator.

Nowadays, more than five million of us follow in the footsteps of the gladiators every year, though luckily we only have to do battle with other tourists and touts - and perhaps the 200 cats who have made the Colosseum their home.

When to Tackle the Colosseum 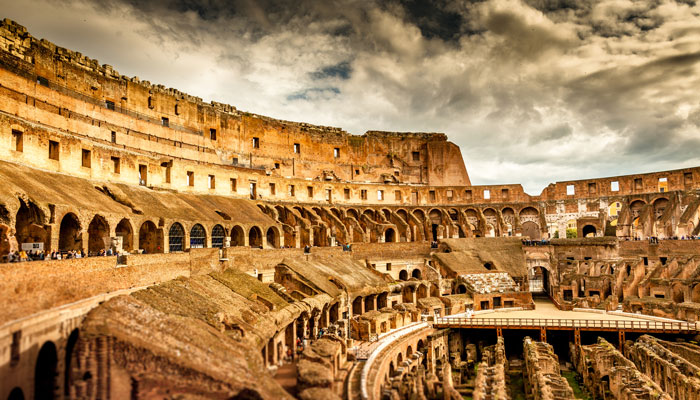 Rome's most popular tourist attraction is open all year round except for Christmas Day and New Year's Day, and naturally it's busy most of the time. You'll have a bit more space to move outside of the summer season. Tickets are valid for two days and also include entrance to the Roman Forum and Palatine Hill nearby. European Union citizens get partially subsidised entry and it's free if you're from the EU and aged under 18 or over 65.

Handily located in central Rome, not far from Piazza Venezia, it's easy to reach the Colosseum on foot or by metro, bus or tram. There's no motor traffic allowed on Sundays though.

If you queue at the Colosseum you'll be waiting for around an hour, even during off-peak season. To beat the crowds, buy your ticket online or at Palatine Hill, which is always much quieter.

Once you've made it past the tenacious selfie-stick sellers into the arena itself, you'll be able to enjoy the spectacular scene in relative peace - but ignore the costumed gladiators posing for pics if you don't want to get hassled for cash! Read a bit about the Colosseum before you go and invest in the audio guide to make the most of your experience, as there's not much information on site.

Culture vultures should opt for the Archeologia Card or Roma Pass , both of which include entrance to the Colosseum plus other heritage sites in the city. The latter also incorporates a travel pass. Don't forget your comfy shoes if you plan to tour the Colosseum and local attractions in one day!

A Champion Trip to the Colosseum 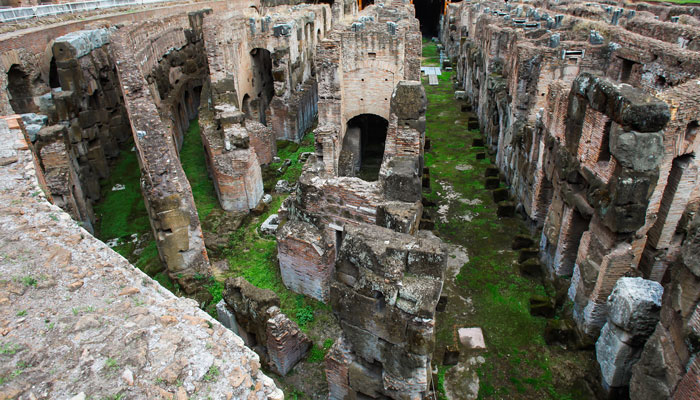 For a really memorable day at the Colosseum, book a guided tour of the underground passageways (where the gladiators and wild animals walked to and from the arena) and the second and third floors. You can also take a moonlit guided tour between April and October, which will complete any bucket list. You must book these in advance; do it online or by phone (+39 06 399 67 700) to save time and stress.

Top photo spots include the outer arches where you'll get fantastic city views, and the recently restored central arena floor for a truly breathtaking sight of the surrounding stadium.


Two thousand years and five million visitors every year can't be wrong. Add the Colosseum to your bucket list and experience the awesome legacy of the Roman Empire.