When To Go To Majorca 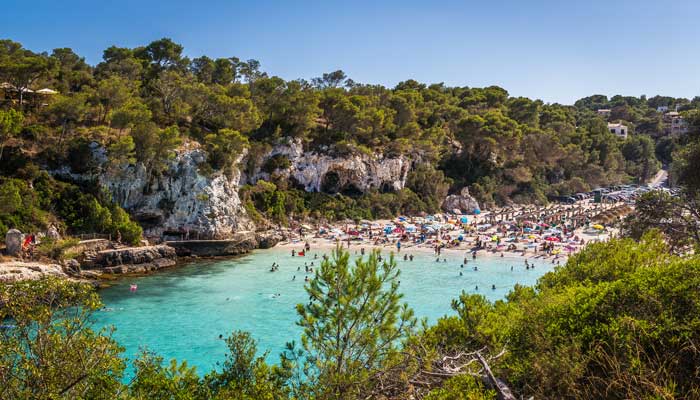 If you’re thinking of taking a trip to the Spanish island of Majorca, you simply must read our guide as to what sort of weather and temperatures to expect, and what different attractions the island can offer at different times of the year.

Although the capital of Palma is a year-round destination (there’s always shopping or a cafe if the weather turns a little sour), both the mountains and coast do change significantly season by season.

August is the hottest month in Majorca with temperatures of well over 30 degrees, meaning shorts, t-shirts and swimwear are the order of the day. This is a good time to be at the coast with breezes to keep you cool. It can rain - sometimes quite heavily - but the rain storms shouldn’t last for long. Summer is the time you’ll see the island at its liveliest with bars blasting out club music and offering happy hour cocktails.

In July, Majorca is home to the Festival Isla Encantada, a music festival that centres around DJ’s rather than live bands. There is also a country music festival called Waiting For Waits. If you prefer something more a bit more genteel, the town of Deia holds a Classical Music Festival and the Valldemossa monastery holds a Chopin festival in August.

Autumn still brings plenty of sun, and you’re likely to get a daytime temperature of over 20 degrees. The evenings do become chillier and you’ll need something warm if you’re venturing out - especially if you’re in the mountainous areas. Late September and early October is a great time to visit Majorca if you still want a bit of sun but are keen to avoid the crowds as well as the school holiday prices.

Autumn is a great time to sample some of the island’s wines in the Festa d’es Vermar: the island’s grape harvest. This nine-day long party includes blessing the grapes, wine tastings and lots of partying. Dates vary with the harvest each year.

Art lovers can enjoy the Nit de l’Art, which is an open house for the galleries in Palma and is often held at the beginning of September.

With temperatures rarely under nine degrees, Majorca is one of the hotspots for winter getaways. However, it can still be unpredictable, and its temperatures have been known to drop below freezing with snowfall, so it’s wise to dress in layers and pack some warm clothing.

With many bars and restaurants closed during the winter months, the atmosphere is different: more relaxed and less party-orientated. The emphasis in the winter months is often on sports such as cycling and hiking. However, if you want to experience some nightlife in winter then base yourself at Palma, the capital of the island.

Of course, this is also the Christmas season, and you’ll find plenty of winter markets with mulled wine, carol singing and gift-buying. In the first week of January you’ll also experience the Procession of the Kings which involves the three Kings of the Bible parading through Palma on floats and throwing sweets to the children.

Spring has the lowest amount of rainfall but temperatures can still be on the colder side in the evening. In the daytime, however, temperatures can creep up to over 20 degrees by May. If you’re looking to indulge in water sports, it’s probably best to wait until the summer as the sea is still rather cold. This time of year is when t-shirts and shorts can come out to play, but do pack some warmer options just in case.

Spring time is known to be the island’s prettiest time of year, as the blossom turns it into a riot of colours. There’s also a lot going on, especially around Easter where there are plenty of festivities, partying and religious processions. Just walk through any main street and there’ll be something going on.

On the Sunday after Easter, you can take part in the Festa de L’Angel. Join thousands of other revellers and hike up to Bellver Castle in Palma and take part in the ceremony to bless bread for the poor. You’ll see papier-mâché giants, and can enjoy stuffed pies and pastries before dancing the day away.