In and around Birmingham airport 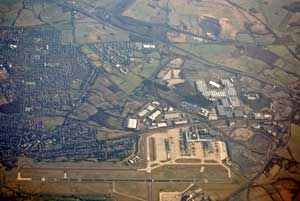 Birmingham international airport is the UK's sixth busiest airport, with more than nine million travellers passing through its two terminals in 2009.

The airport is a major base for FlyBe, Bmibaby, Monarch Airlines, Ryanair and Thomson Airways, and has flights to Europe, North America, the Caribbean, the Indian Subcontinent and the Middle East, as well as the rest of the UK.

Food and drink at Birmingham airport

Birmingham airport has a wide range of food outlets, coffee shops, sandwich shops and bars. In Terminal 1 there's Burger King, Estpresso, Frankie and Benny's, Pash Deli, Upper Crust, Wetherspoon's and Yates', while Terminal 2 has the Soho Coffee Company and Subway. The airport also has several branches of Costa Coffee and Pret A Manger. 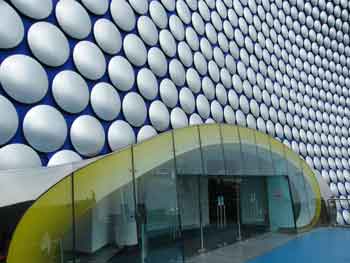 Birmingham is full of museums, art galleries and theatres, including the Birmingham Museum and Art Gallery, the Alexandra Theatre and the Custard Factory, the city's arts and media quarter. The Symphony Hall is widely recognised as the finest concert hall in Europe, and one of the finest in the world. The Birmingham Hippodrome is the UK's busiest theatre and home to the Birmingham Royal Ballet.

Cultural events range from the annual Birmingham Book Festival to the Frankfurt Christmas Market - the world's largest outside Germany and Austria - and the Christmas Craft Fair.

Birmingham is also a shopper's paradise. Harvey Nichols and Selfridges rub shoulders with markets and the world-famous Jewellery Quarter. The £500 million Bullring houses 160 shops and 25 restaurants, while the Great Western Arcade is an elegant Victorian parade of independent boutiques.