Just another day in the weird world of modern art. 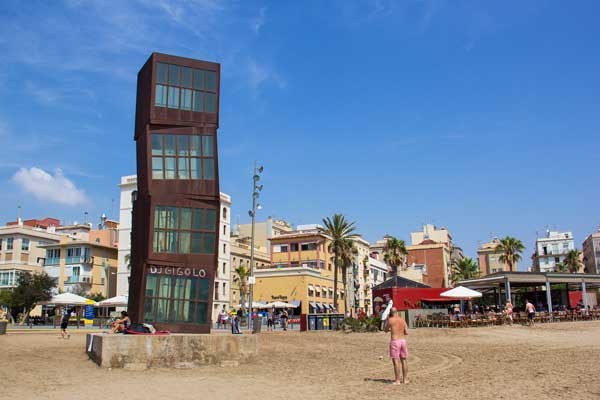 You won't have to venture into any crowded or expensive galleries to enjoy these fun and quirky pieces of art: we've tracked down weird and wonderful sculptures lurking in parks, woodlands and around street corners in some of our favourite holiday spots - and each one is ripe for a statue selfie.

Read on for some of the world's most mind-boggling sculptures, and where you can go to see them. 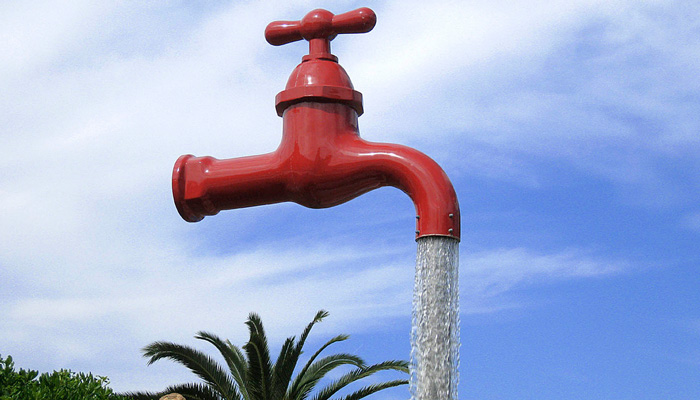 
There are several sculptures inspired by modern-day taps springing from the ground in locations around the world, and one of our favourites is in the resort of Santa Galdena, Menorca. The bright red metal object appears to hover from the ground, supported by a stalk that is obscured by the flowing water. There are definitely opportunities for a trompe l'oeil photo here, and you can find more 'floating faucets' in Spain, Switzerland and several other spots around the globe. There's a blog post devoted to them, here. 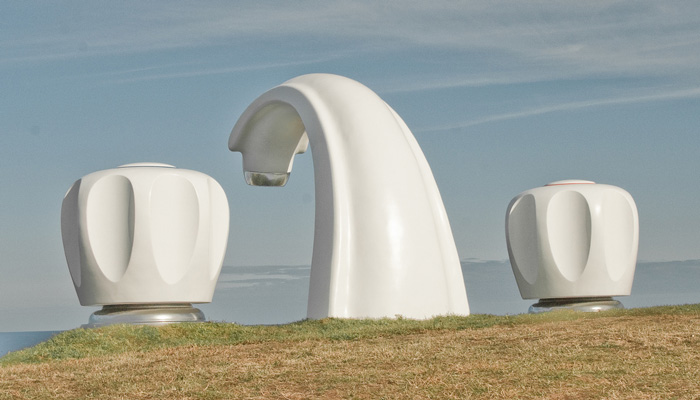 Image by Emerald City to Oz under Creative Commons license.

Bondi beach, Sydney, Australia is also an area where artists have 'tapped in' to everyday life for inspiration, as it's home to Simon McGrath's 'Who Left the Tap Running?', pictured above. The piece is actually a reference to climate change, encouraging us to ask ourselves: who is responsible for the rising sea level underneath? 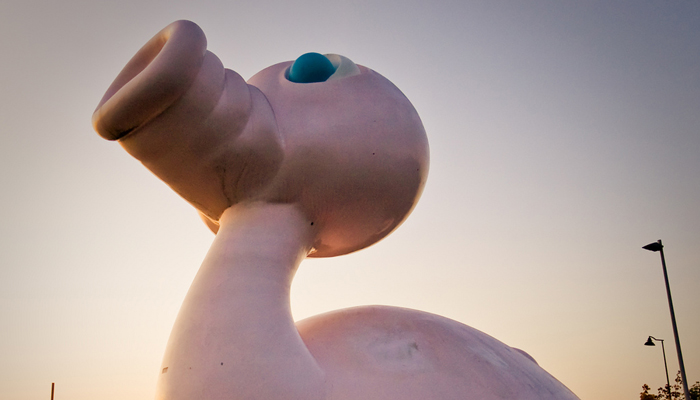 
Meet Posankka: it's a hybrid between a marzipan pig and a rubber duck - of course. The cartoonish creation started out as a water-borne sculpture, but now it sits near at the edge of the campus area at the University of Turku, Southern Finland. Each December, a specially designed Santa hat is placed on Posankka's head.

Installed in the Spanish Pavilion for the 2010 Shanghai Expo - and apparently such a hit that he's stayed put ever since - Miguelin is 21-foot tall robot baby, which smiles, moves and blinks. His eerily realistic movements were the work of the special effects team behind Alien vs. Predator, and Spanish film director Isabel Coixet. He has a range of different outfits and - no doubt - giant-scale nappies that no parent would want to change! 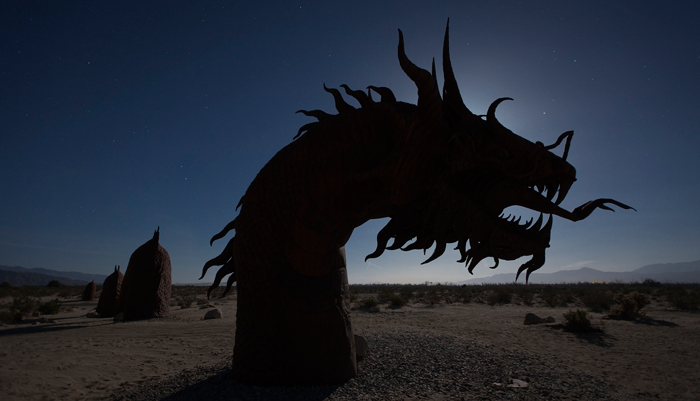 
Forget about Dippy; these dinos never fooled anyone into believing that they were more than flights of marvellous fantasy, and their position in the state park of Borrego Springs, California, gives them a particularly powerful and mysterious edge. Rising from the dusty desert landscape, the monsters were created by artist Ricardo Breceda, who started work on the strange menagerie after an accident on a construction site. They include a 350-foot serpent-like creature, gigantic turtles, life-sized camels and a replica jeep. 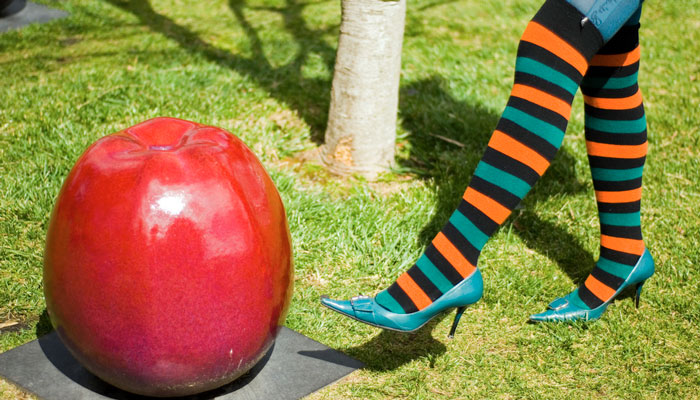 
The de Young's whimsical sculpture garden in San Francisco features all kinds of colourful pieces of modern art, which appear to pop from the ground and catch you unaware as you tour the gardens. A walk in this particular park will take you past a number of clever creations that bend the mind in pleasing ways - from gigantic apples and sack people, to giant-scale stationery. 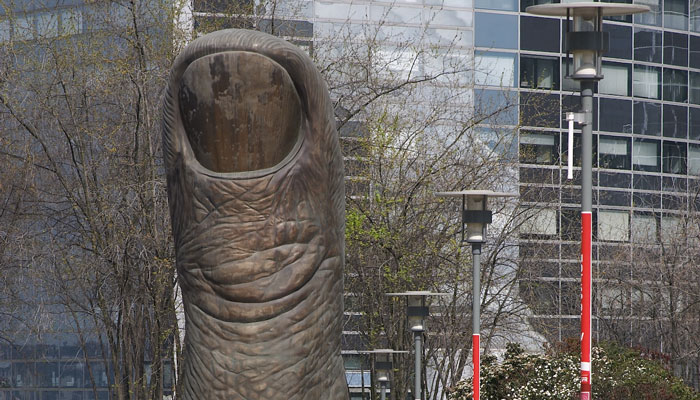 
Paris's giant thumb rises defiantly from the ground at La Défense; a business district on the outer edge of the city. 'Le Pouce' is a 1965 work by French sculptor César Baldaccini, who is also known for his scaled-up animals and insects. The sculpture is 12 metres high, weighs 18 tonnes, and cuts an unlikely figure amongst the ultra-modern skyscrapers that surround it. How's that for a meeting-spot? 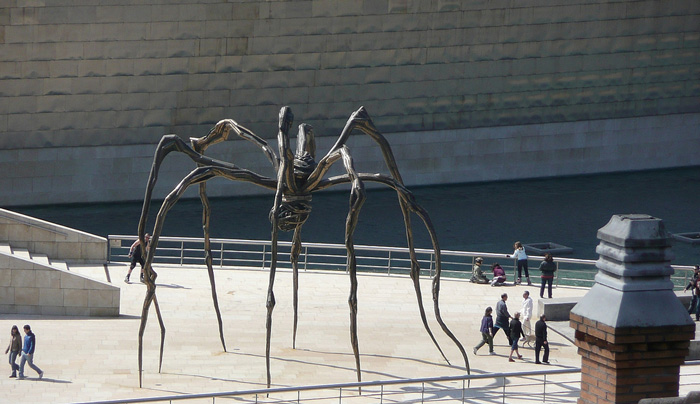 
Not one for the arachnophobic, Louise Bourgeois' 'Maman' is a spider-like creature that patrols the grounds of the Guggenheim Museum in Bilbao. The scary statue actually has a charming origin story, as the artist created it as a tribute to her mother who was a keen weaver. Maman stands at almost nine meters tall, and is made from a combination of bronze, marble and stainless steel.


Have you spotted a weird sculpture that should be added to this list? Let us know in the comments below!