As chunky knit sweaters and boots replace shorts and flip flops at home, you'll probably want to get planning your next dose of sunshine. Take a look below at our round-up of five fab winter sun destinations for 2017. 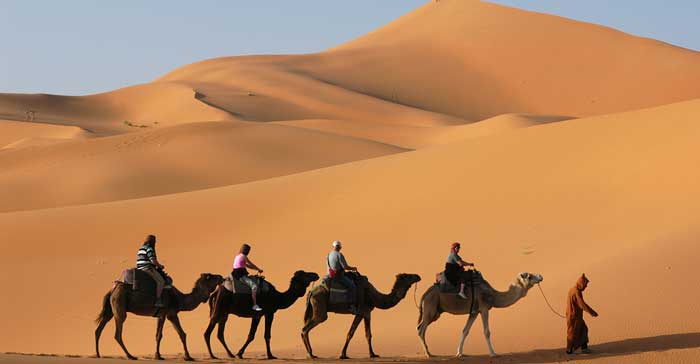 Morocco is a land of contrasts, with exotic and fragrant cities, the Atlas and Rif mountains, the Sahara Desert, miles of rugged Atlantic and Mediterranean coast and a cultural heritage of Arab, European, Berber and African origins. Souk shopping, medina exploring, camel trekking, hammam relaxing, people watching and mint tea sipping will give you a much needed injection of colour during the dreary British winter.

Sitting at the north west of Africa, the coastal climate tends to be similar to the Mediterranean with hot summers and mild winters in beach resorts like Agadir and Essaouira. September to November and March to May are the ideal times to visit with temperatures generally around 20C. It's similar in Marrakech (further inland) during the winter. The mountainous interior and desert regions have more extreme weather, with pleasant daytime temperatures during our winter, but at night it can dip below freezing.

Flight time: around four hours from the UK depending on exact destination. 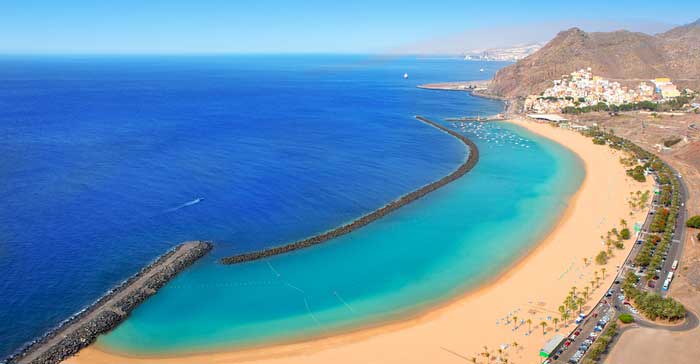 An old favourite with sun-starved Brits for very good reason, the Canaries offer year-round sunshine and warmth (it rarely drops below 18C during the day), a wide choice of accommodation and bucket loads of activities and entertainment without busting the budget.

These Spanish islands sit off Africa's north west coast in the mighty Atlantic Ocean, so are great for watersports enthusiasts - particularly Fuerteventura, Tenerife and Lanzarote. Gran Canaria, Tenerife, Fuerteventura and Lanzarote are well set up for families as well as couples, while the smaller, quieter islands of La Palma, El Hierro and La Gomera are suited to those looking to explore glorious natural landscapes with a spot of walking, climbing and birdwatching.

Flight time: around four hours from the UK. 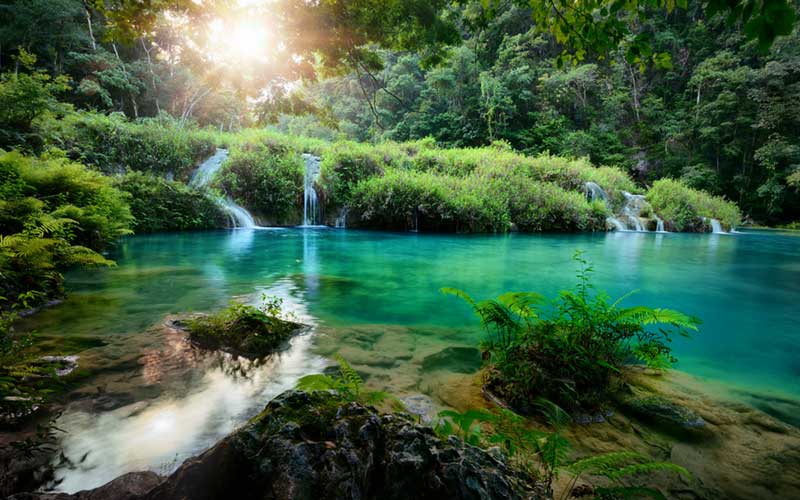 This pint-sized Central American country is perfect if you're looking for a long haul winter sun destination offering history and adventure.

Discover ancient Mayan cities (Tikal is the most visited) and hidden temples in beautiful lush rainforests; volcanoes; parrots, howler and spider monkeys and even jaguars; gorgeous vividly painted houses and town buildings coated in bougainvillaea; awesome Lake Atitlan; the modern capital Guatemala City and Baroque Antigua, the old capital. And there's a golf resort, La Reunion, near Antigua if you feel the urge.

Temperatures are pleasant year-round and the dry season is between November and May.

Flight time: around 12 hours from the UK. 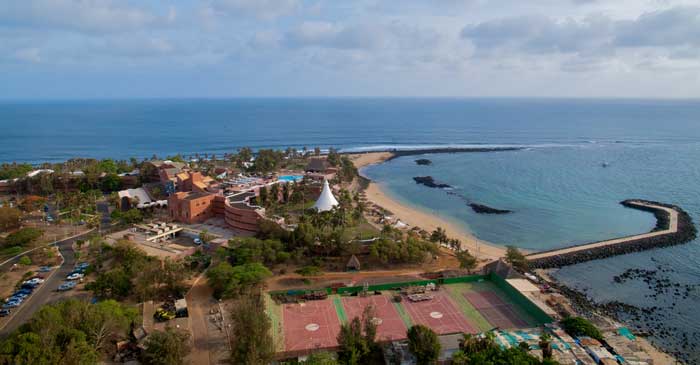 In Britain we're taking longer than some of our European neighbours to discover the beauty of this west African nation for a winter sun break. What you'll get here is a taste of Africa - regional music, art and food, traditional mud huts, the distinctive gnarled, root-like baobab trees on the flat landscape - with some French seasoning, seen in the lively capital Dakar and the colonial capital St Louis. There are also the outstanding beaches with far-reaching golden sands and vigorous Atlantic waves close to Dakar and further north (for the bravest of surfers), and hotels and luxury resorts in the calmer coastal waters of Saly and the Sine Saloum Delta.

Senegal has a tropical climate with average temperatures between 26C and 30C throughout the year. November to May is the dry season.

Flight time: around 10 hours from the UK. 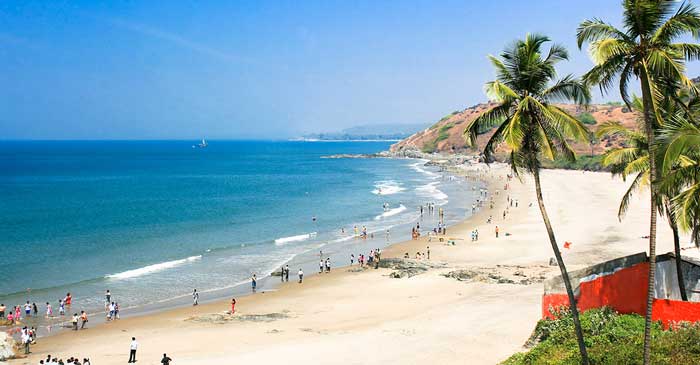 The westernised, holiday-lite version of India on the west coast of the country has glorious sunshine, stunning beaches, scuba diving and a variety of watersports, vibrant local markets, a Portuguese colonial history with many churches and historic buildings remaining, and the temples, music and spices of Ponda.

Head to the north for a free-living party atmosphere, Old Goa for colonial architecture, and the south for peaceful stretches of white sand, luxury hotels and quiet villages.

In winter the average daily temperature is around 32C.

Flight time: around 13 hours from the UK depending on stopovers.