What are the best places to travel next year?

This year has whizzed by and if you're like us you're probably already asking yourself where to travel in 2018. Well, fear not – we've done all the hard work for you, saving you from the stress of deciding which corner of the globe you'll go an explore during your annual summer holiday. So let's get on with it, shall we – these are Holiday Extras' top picks for the best places to travel next year. 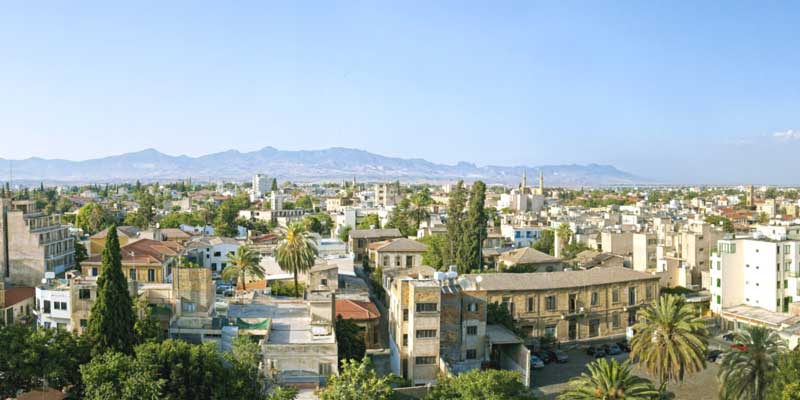 It's in our most humble opinion, that you can't go wrong with a trip to the Mediterranean.

And, what more is there to say, really?

Not that we think you'll really need convincing, but the Mediterranean makes for one of the best holiday destinations in 2018 (or any year for that matter) thanks to the abundance of gorgeous weather, stunning scenery, ample history, plenty of culture, varied nightlife and obviously, there's lots and lots (and lots and lots) of lovely delicious food that you just have to try when on holiday.

The Mediterranean is home to several tourist havens, including the eternally popular Italy and it's wealth of cultural hotspots like Rome and Florence, as well as buzzing Barcelona in sunny-sunny Spain. Both of which, while lovely are expected to be busy and expensive next in 2018, since this will be the last pre-Brexit summer before we delve into the unknownâ€¦ but that's for another time.

Back to the story at hand.

Let's be fair, the Med is a pretty large place and exploring the whole region with the kids on the Easter break might be a tad ambitious. 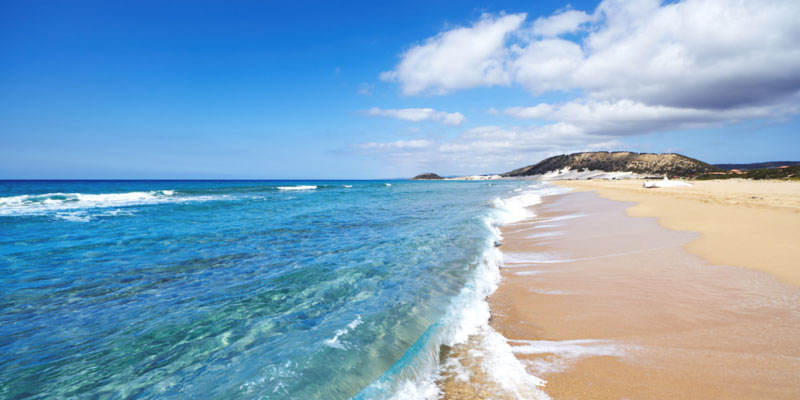 Our tip for travelling better in 2018 is to narrow it down and head further east of the Mediterranean to explore the Greek Isles – not only are they significantly cheaper but they're expected to be a lot quieter throughout the typically busy summer months as Brits flock to Spain for sangria.

In particular, head to the island of Cyprus; this gem of a travel destination certainly pips the post when it comes to where to travel in 2018.

A continuing trend for 2018 is responsible travel and Cyprus is right at the forefront, ahead of it's neighbouring counterparts. Our advice is to venture off the beaten track away from the busy tourist areas and head out into the quieter parts of the island to spend your money supporting local businesses. 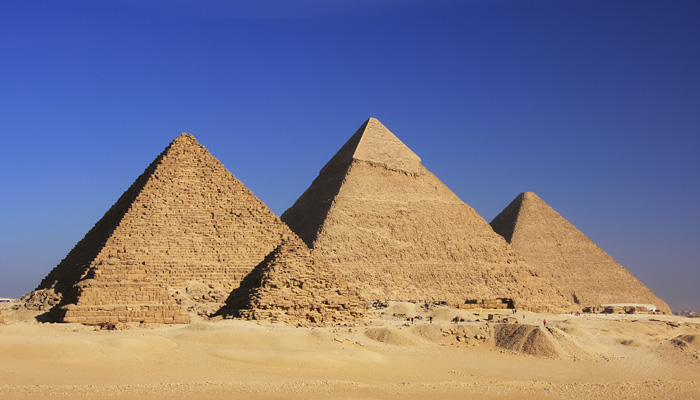 Like a phoenix from the ashes, (pardon the cliche but we have a flare for the dramatic when it comes to talking about dream holiday destinations) Egypt is set to make a triumphant comeback and be one of the most popular destinations to travel next year. After a turbulent year or so, the popular north African hot spot has already seen a massive surge in popularity with our customers after many leading travel companies released more holidays to Egypt in 2018.

How safe is Egypt?

First off, you need to know that flying to and from Sharm el Sheik is still a bit tricky with the Foreign and Commonwealth Office (FCO) advising against all but necessary travel.

That being said, ardent Wanderlusters will be pleased to know that Egypt isn't entirely off limits to travel in 2018, thanks to an ease in tourism warnings. What's more, the ban doesn't include holidaymakers' hotspots like Cairo, Alexandria, the tourist areas along the Nile such as Luxor, Qina, Aswan, Abu Simbel and the Valley of the Kings.

So with this in mind, and for a holiday of a lifetime (again, pardon the cliche, we just can't help ourselves) that's great value for money with fantastic all-year-round weather, head to the Red Sea Riviera, specifically the beach resorts of Hurghada and Marsa Alam. 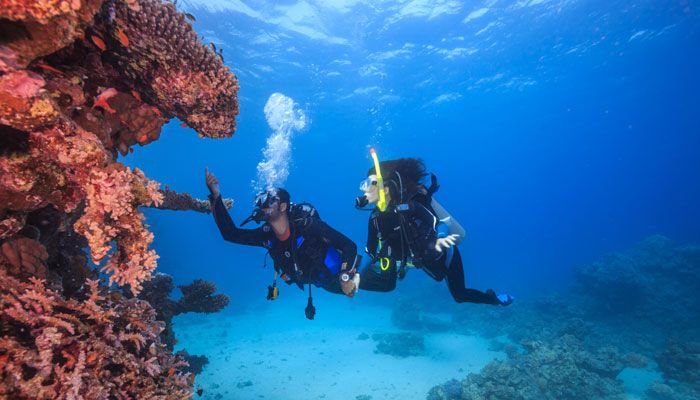 The journey from London takes a little over 5 hours and with mid-week flights for early 2018 are priced from around £100 per adult*, it's easy to see why Egypt is popular with a wide range of tourists including families and solo explorers looking for cheap places to travel in 2018.

The Red Sea Riviera has beautiful beaches and rich coral reefs, while further inland there are both vibrant old towns, steeped in culture and colour, while in contrast, there are also modern shops that cater to pretty anything you fancy, which the same can be said of the restaurants too. El Sakala is the main tourist strip, which boasts plenty of designer boutiques and even more extravagant yachts to marvel and admire.

Oh how the other half live.

Still wondering where to travel in 2018? Maybe beach holidays aren't your idea of best places to travel in the world and that's fine because we've got just the thing…

Perhaps you're more of an exciting city break kind of explorer, in which case, you need to add New York City to your "where to travel next year" list immediately.

The Big Apple is by far one of the best places to travel in the world and the NYC Travel & Tourism Report claims that Manhattan's majority of overseas tourists come from the UK – a trend that's set to keep going in 2018.

Let's set the scene: you're in arguably the greatest city on the planet (there's no contest really, NYC is awesome), it never sleeps and you're surrounded by pretty much anything you could want from exploring a city. Think world-class food, a thriving art and culture scene, sport, shopping, sightseeing and hotels that suit every whim or budget. I hate to say "it's got everything" but this is America guys, New York really has got everything.

To say that NYC is cosmopolitan is an understatement; there are more than 800 languages spoken between the some 8 million residents making it the most linguistically diverse city on the planet. Culture is huge here; New York has the best theatre (don't let London's West End hear) in the world not to mention the city has some 83 museums across the 83 boroughs. Don't forget about the galleries or the zoos, oh and a pretty small little park that no one's ever heard of in the middle of the city.

Not to mention, NYC has one of the best LGBT scenes in the world – not only did the world's first official gay pride march take place here, and has done every year ever since it's probably one of the most laid back and liberal parts of the US. Typically, Greenwich Village is the place to go for nightlife, bars and all kinds of LGBT culture.

We could go on and on about how iconic and exciting New York City is, but we'd be here all day, so do yourself a favour, pack up your best vagabond shoes and head straight to the concrete jungle where dreams are made of – New York is one of THE best place to travel, not just in 2018, but ever!

Thailand definitely ranks highly for where to travel in 2018, especially for solo travellers looking for that once-in-a-lifetime-journey of self-discovery.

Note: It's a good idea to keep losing yourself because the world's a big place and there's plenty of wonderful things to see and experience out there.

Like New York, we'll admit that Thailand might not be the most original destination when it comes to places to go in 2018, but we firmly believe that if isn't broken, don't fix it, and it's a perfectly exciting place to explore, especially if you're on your own.

So put those cliched notions about Thailand being the ideal destination for avid backpackers aside because we're here to tell you that there is definitive truth in this assumption.

If you're looking for where to travel in 2018, Thailand proves to took a lot of boxes. In 2017, solo travellers sought to learn new skills, explore local life and experience new cultures, a trend fuelled by the desire to enrich our lives with experiences rather than possessions.

Furthermore, Instagram has a lot to answer. When we asked our team about how they chose their holiday destinations this last year, the whole team unanimously answered that wanderlust style posts of their feeds definitely played a role in inspiring where they will or would like to travel. We therefore have no doubt will be something that continues to influence travellers' holiday habits as we strive to update our own social media channels and desperately try to make our friends super jealous.

With UNESCO World Heritage sites dotted about, like Dong Phayayen-Khao Yai Forest, Ayutthaya and Sukhothai enforce Thailand as one of the best places to travel in the world if you're looking for history and general awesomeness.

While flights can average around £700, a quick Google and you'll see some available for less than £300, the joy of Thailand is that once you're there your money goes a long way and you can live like royalty when you're there, which is great if you're on your own and not splitting costs with a buddy.

Argh… the short break… the working person's reason to make it through the week and spend their weekends doing something that doesn't involve washing the car or heaven forbid, visiting family and spending time with loved ones. With this in mind, we predict that the stand-out reason to travel in 2018 for Holiday Extras customers will be to take advantage of their weekends and cram plenty of short breaks in to the whole year, even if to avoid chore and catching up with the in-laws.

We're telling you to check out Budapest.

Flying directly from London takes a little over 2 hours, and when travelling in January and you can get a flight for less than £30*. Plus, Airbnb and Booking.com prove to have competitive prices all year round for really central locations.

Budapest is great all year round, especially in the winter when you really get to appreciate the thermal hot springs. It's super cheap, culturally rich and architecturally stunning.

Next thing, it's cheap. A pint of homegrown Hungarian beer will set you back something in the astounding region of £1.30, which means that even your stingiest friend won't begrudge getting a round in down the pub.

When it comes to shopping and eating out, avoid the tourist places, which tend to be by the river. Venture away and you can eat dinner for about £7.50 per person. It's worth mentioning at this point that traditional Hungarian food is very heavy – plenty of meat, lashings of gravy, and heaps of potatoes, perfect comfort food if you're travelling in the winter.

You read the bit above about short breaks and weekend getaways, right, because Marrakech is also an awesome contender AND with 52 weekends in a year, there's no excuse not to go really.

As we mentioned earlier with Greece and Cyprus, Marrakech also makes for a great alternative to a super-busy Spain in 2018. And for winter sun, where better than northern Africa? The wonderful thing about Morocco is that high season runs through the winter months, with better deals for UK travellers going in the summer. Travelling between December and March is significantly lower in price and if you're not a fan of the heat, the weather's cooler as well.

Our tip: Go before March 2019, when the UK officially Brexits the European Union, because the price of existing popular European holidays is more than likely to inflate quite rapidly. Visit Marrakech before the rest of the UK clock on to this bargain destination.

There are plenty of customs and traditions to admire, and at times get your head around but Marrakech is colourful, exotic and rich in culture which definitely makes it a great spot for 2018.


If you want to see where we went in 2017, make sure you check out our Vancouver, Copenhagen and Paris travel guides.

*prices correct as of October 2017