Gatwick to allow two bags in "near future" 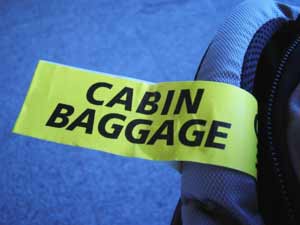 Gatwick airport will allow passengers to carry onboard more than one item of hand luggage early in 2008, but other major airports including Luton and East Midlands have yet to announce when the one bag rule will be lifted.

Gatwick airport operator BAA states: "At Gatwick airport significant engineering works are underway which will allow the restriction to be lifted in the near future". BAA says that the number of security lanes will be increased at Gatwick which will mean that the airport meets the standard required by the Department for Transport.

Even at airports which allow more than one bag to be carried onboard, passengers need to check with their airline whether they allow more than one piece of cabin baggage. Airlines that still only allow one bag include low cost carriers easyJet, Ryanair, Jet2 and Monarch. But where airports permit, British Airways, bmi and Flybe will be allowing some or all of their passengers to take more than one item of hand luggage with them.

While hand luggage rules are being relaxed, passengers are reminded that rules about travelling with liquids remain in place. Liquids, creams, gels, pastes and aerosols can only be carried in containers holding up to 100ml, and must be carried separately in a single, transparent, resealable plastic bag measuring no more than 20cm x 20cm. The only exceptions to the 100ml liquids rule is for baby food or milk, but passengers are advised to only carry what they need for the flight.