In and Around Southampton Airport

In and around Southampton airport

Southampton airport is the UK’s 20th largest airport, running 900 flights each week to around 50 destinations across Europe. Nearly two million passengers walk through its doors each year and it is known as ‘the local airport you can breeze through’. 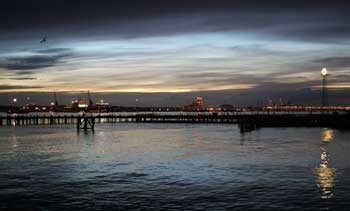 The airport is on the outskirts of the city and is said to be built over the remains of a Roman villa. It was the venue for the first test flight of the Spitfire in 1936, and the terminal’s restaurant, Mitchell's Kitchen and Bar, is named after the plane's designer.

Food and drink at Southampton airport 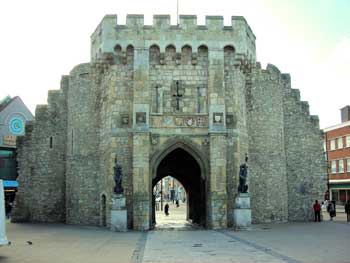 Mitchell's Kitchen and Bar opened two branches in the terminal in 2010. You’ll find one outlet before security and one after, along with two branches of Costa Coffee. Take a look at our Southampton airport restaurants and bars page for more information.

Southampton’s Old Town, with its medieval town walls and town gate, is steeped in history. The Old Town is full of picturesque beauty spots, with the waterfront and seven Grade II-listed parks which are home to bandstands, rose gardens, fountains and sculptures. In East Park, there are tennis courts and croquet lawns. The 326-acre Common is near to the city centre and is a Site of Special Scientific Interest. The wildlife here is abundant and visitors can read about this fascinating environment at the Hawthorns Urban Wildlife Centre on the common.

The City Art Gallery’s collection of 20th century British art is internationally renowned. It also houses more than 3,500 works of European art from six centuries. If you’re interested in the history of this vibrant city, the Museum of Archaeology traces the city from its origins as a Roman town to its present state and the Maritime Museum tells the story of the docks. The restored Medieval Merchant's House was built in 1290 and is one of the earliest surviving merchant's houses in England.